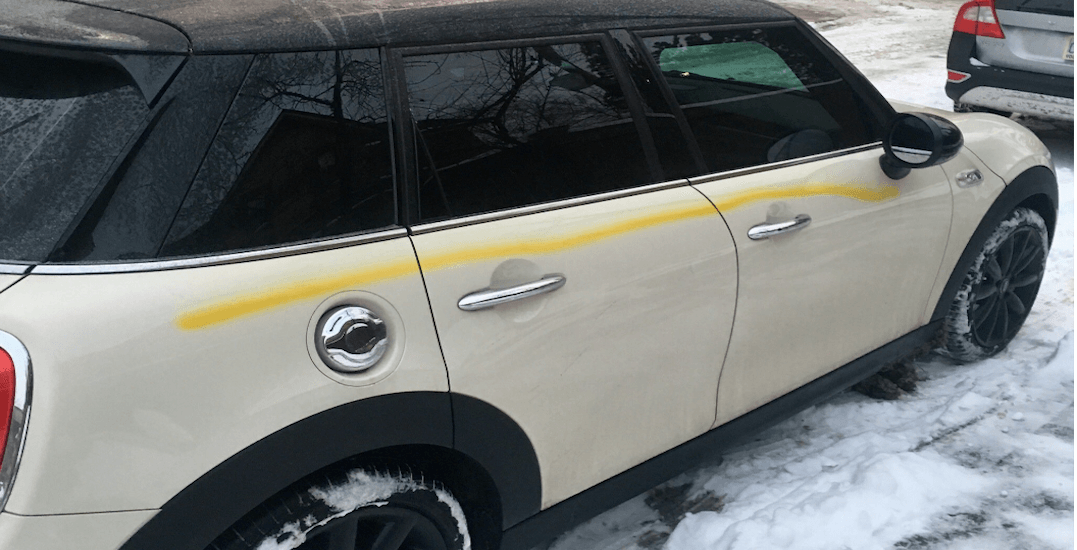 Toronto police are asking the residents of Cabbagetown to be aware and vigilant, as 43 cars have been vandalized in the area since January 1.

According to police, over the past six weeks, vehicle owners have reported discovering broken windows, cut tires and paint applied to the exterior of their cars.

Police say these incidents are occurring in the evening and during overnight hours and on no particular day of the week.

It was graffiti night in Cabbagetown too pic.twitter.com/0l5PHGYxYD

Police are asking those with home security equipment to review all recent footage and to forward to police if owners notice anything suspicious that may assist investigators to identify anyone responsible for these crimes.

Please consider an RT. If you have info on who vandalized 43 vehicles in the Cabbagetown area of Toronto since Jan1/2018 contact 51 Division Toronto Police 416-808-5104 or remain anonymous by contacting Crime Stoppers 1-800-222-8477 News release: https://t.co/nLV6Zce1Mo ^sm pic.twitter.com/fDoSSrE74W