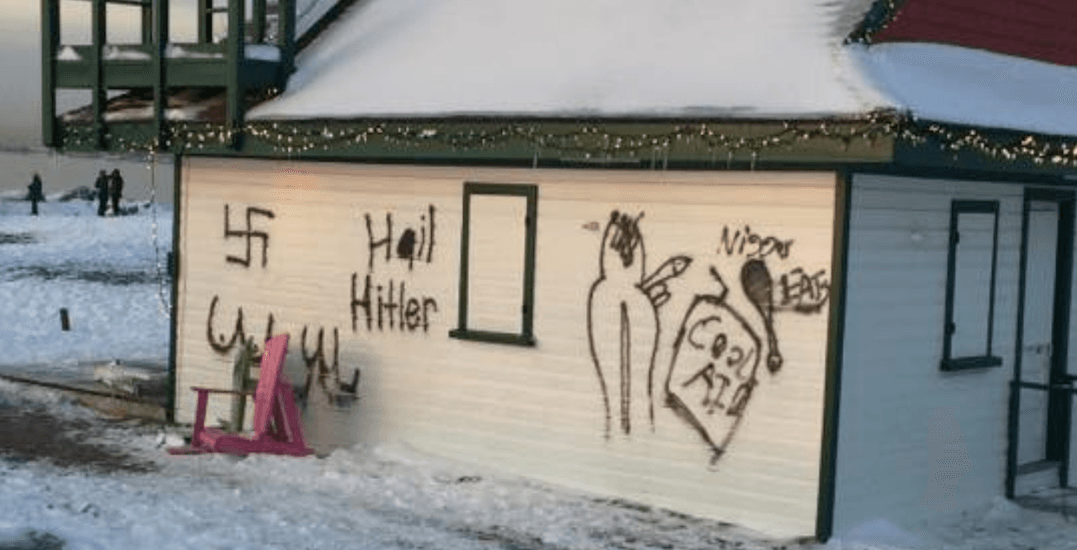 It was a very upsetting morning in Toronto’s east end today as a community discovered that one of the city’s most beautiful and iconic buildings had been defaced with hate graffiti.

“Was down at the beach early this morning catching the beautiful sunrise and turned and sadly saw this. While I despise our life guard station ever being defaced, this is simply horrible. I struggled with posting the photo but wanted to give a heads up to others before they saw it,” wrote Kendall. 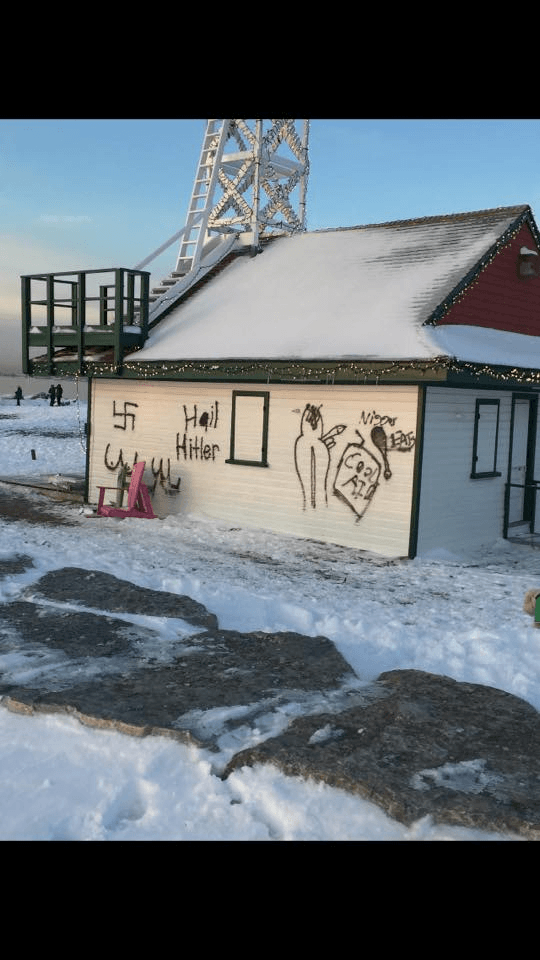 In the photo, you can see a series of explicit drawings, including a swastika and the words ‘Hail Hitler’ (this is likely misspelled) scrawled across the white walls of the historic beach structure, which is located in The Beaches neighbourhood.

Kendall was quick to tag Beaches councillor Mary-Margaret McMahon and Jon Morrice of the Toronto Police and reported the incident to Parks and Forestry.

Shortly after, the city was able to block off the area and a graffiti team arrived and covered up the messages. 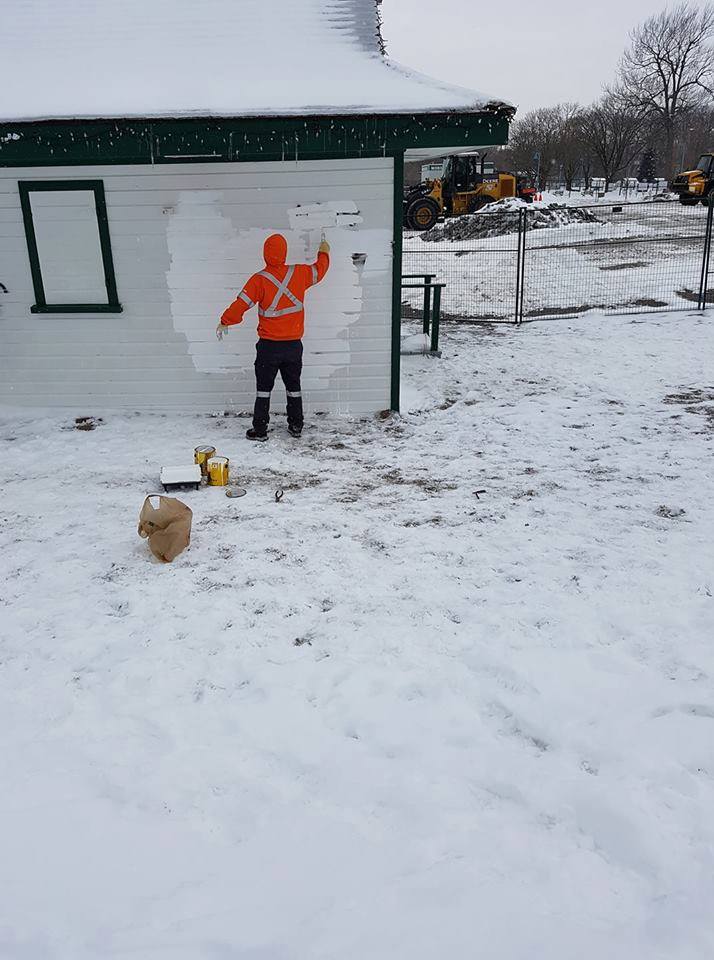 “I just have to say, I reported this at 7:30 am and thanks to Mary-Margaret McMahon and Jon Morrice and the many voices of this community, this is happening right now. I love the passion we have for our neighbourhood and for our beloved life guard station,” wrote Kendall.