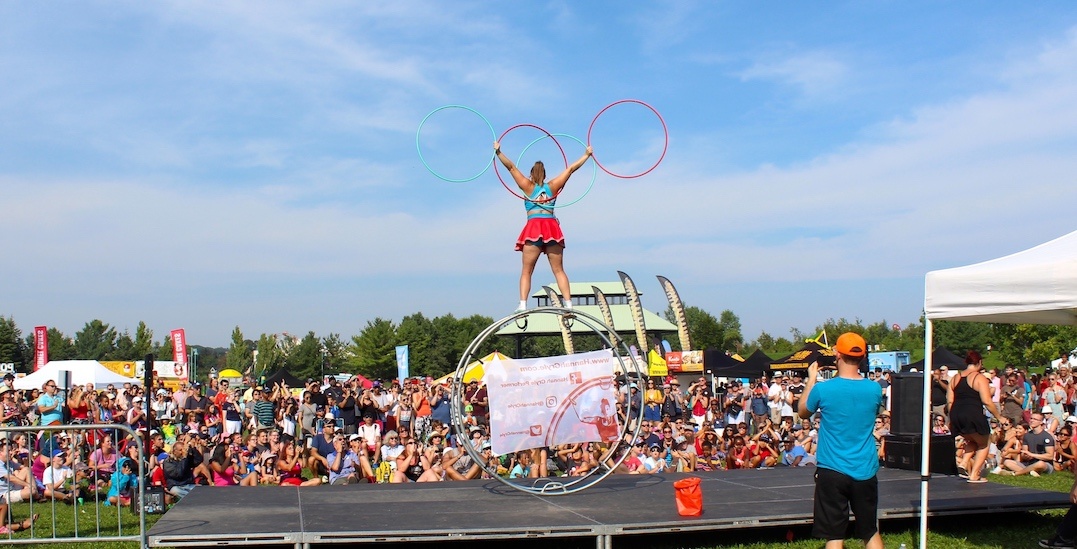 If you’ve been seeking a way to properly end your summer, BuskerFest is your answer.

That means spending a whole weekend at Woodbine Park surrounded by plenty of entertainment, food, drink, and good vibes.

For a donation to Epilepsy Toronto, you’ll get access to professional street performers, the Great Lakes Brewery Beer Garden, midway rides, and more from August 30 to September 2.

These are the top five reasons why you can’t miss BuskerFest 2019:

From Bendy Em, the acrobat contortionist from Australia to Mat Ricardo, AKA the jaw-droppingly talented and oh-so-dapper ‘Gentleman Juggler’ from the UK who recently appeared on America’s Got Talent, there’s a performance for everyone. We’re talkin’ magic, music, daredevils, acrobats, comedians, clowns, contortionists, and so much more. The cost of admission by donation to Epilepsy Toronto gives you access to non-stop hilarity and entertainment. 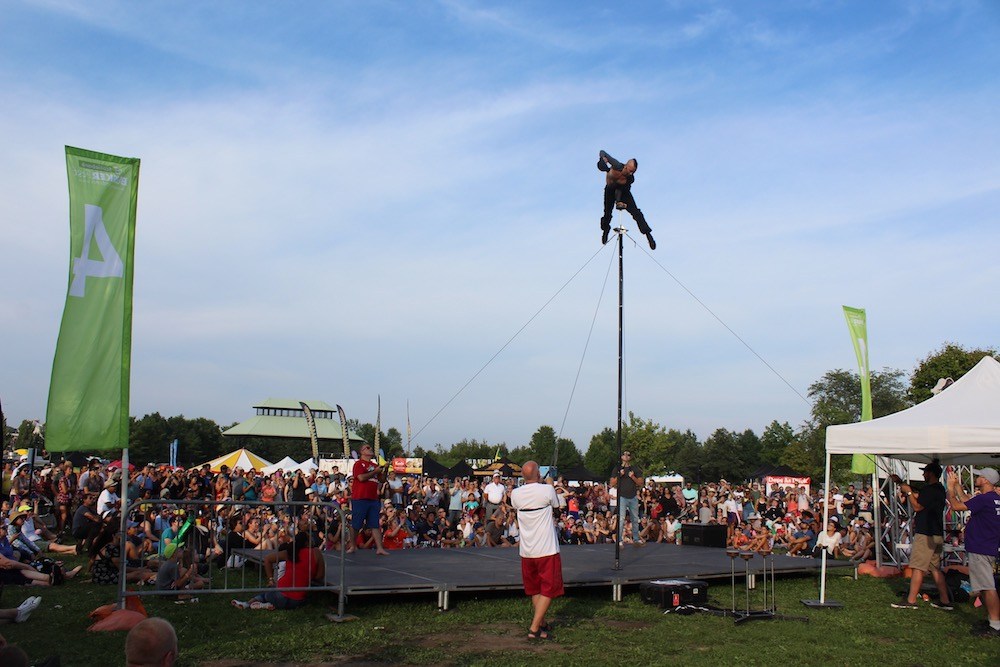 With so many incredible acts, it sometimes hard to choose who to see. But with two Group Benefit Shows, you don’t have to choose. Each of these shows allows you to watch one incredible event with multiple acts performing, so you don’t have to miss a thing. The first Group Benefit Show is Friday, August 30 at 7:30 pm, and features a fiery finale; and the Finale Group Benefit Show is Monday, September 2 at 5:00 pm, with the announcement of this year’s People’s Choice Award Winner. Money collected in the hat from these two shows goes directly to Epilepsy Toronto. 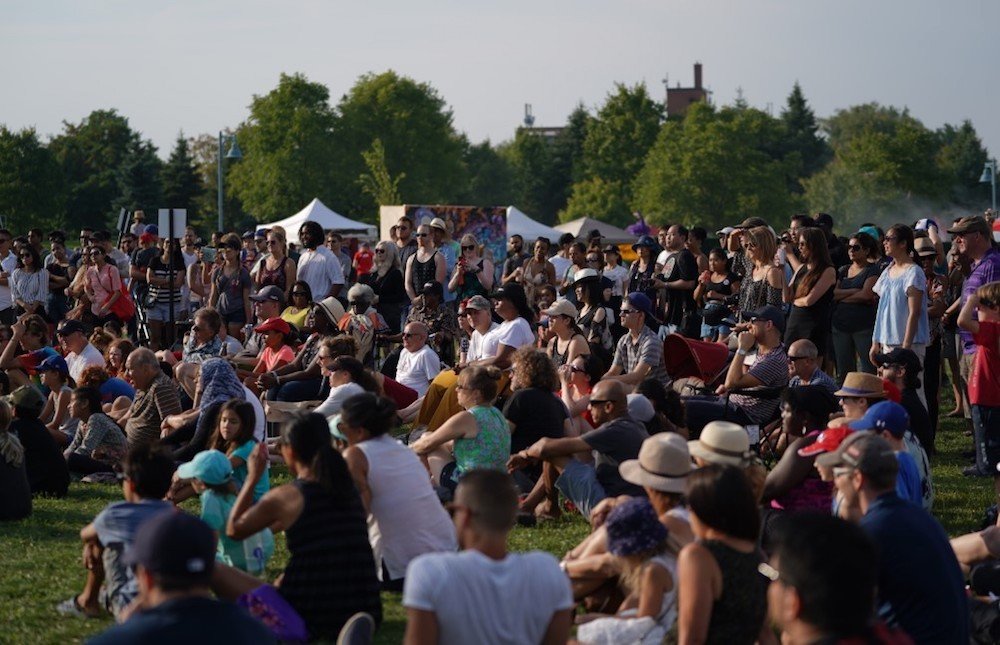 Just because the sun goes down doesn’t mean the party has to stop!

This year, BuskerFest and Great Lakes Brewery are introducing Buskers After Dark – a music series that’s going to happen in the GLB Beer Garden. You’ll find the excitement in the gazebo with shows starting as the sun goes down and going on into the evening, each night from Friday to Sunday. Performances include: The Lemon Bucket Orkestra Friday, August 30; Wild Man Jazz Band on Saturday, August 31; and Mike Nagoda and the Spectrum Blues Band on Sunday, September 1. 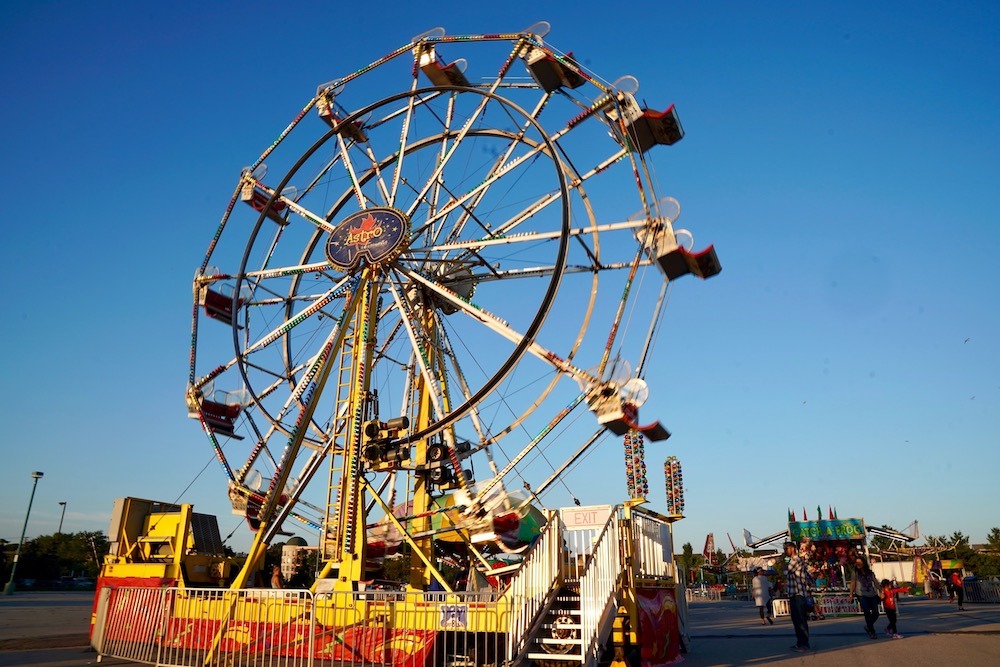 From Grandpa Ken’s World Famous Peameal Back Bacon and Burgers to Churros and Poutine Supreme, we have festival favourites for all. 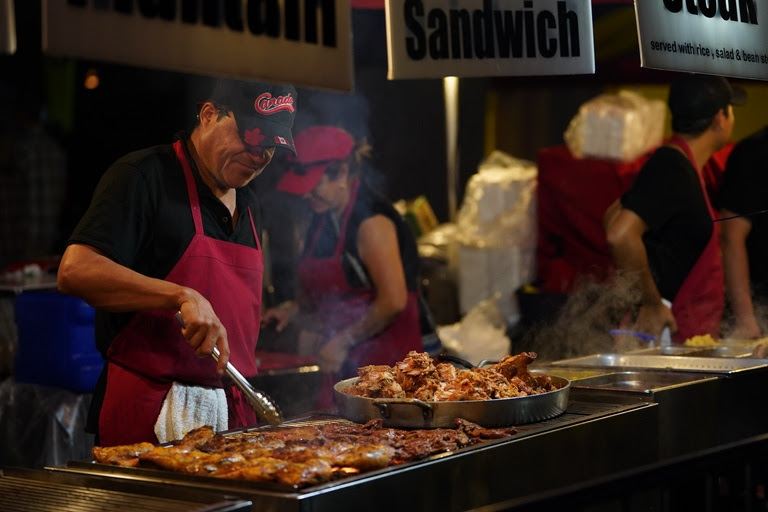 Check out La Tortilleria, Yiannis, or tasty corn on the cob and savoury funnel cake, and then cool down with a Lemonade or an Icee. It’s safe to say you can feed the entire family all weekend with a wide variety of classic festival foods. 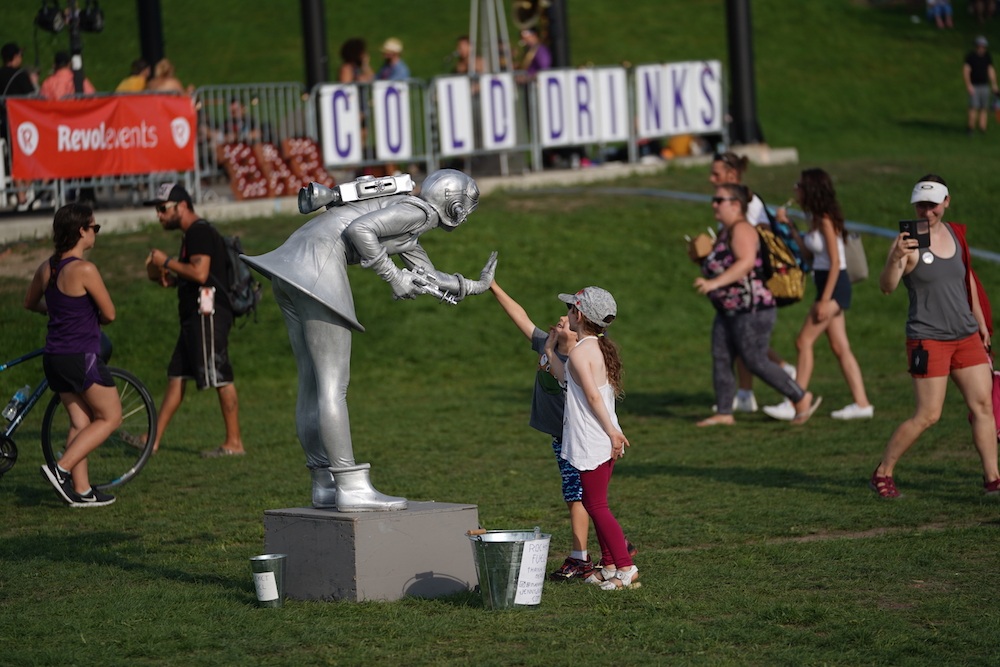 For the first time ever, BuskerFest is throwing a Hoop Dance Party for all the hula hoopers of all ages and stages in Toronto. Featuring a live DJ, enjoy a fun hooping lesson to get you started, and then swing to the beats of DJ Tricky Mouse. With special appearances by International Hoop sensation Lisa Lottie and other pro hoopers, this is the place to take a spin. If you have a hoop, bring it along, and if not, Hoop You will have some onsite to share. Join in the fun on Sunday, September 1, at 3 pm. 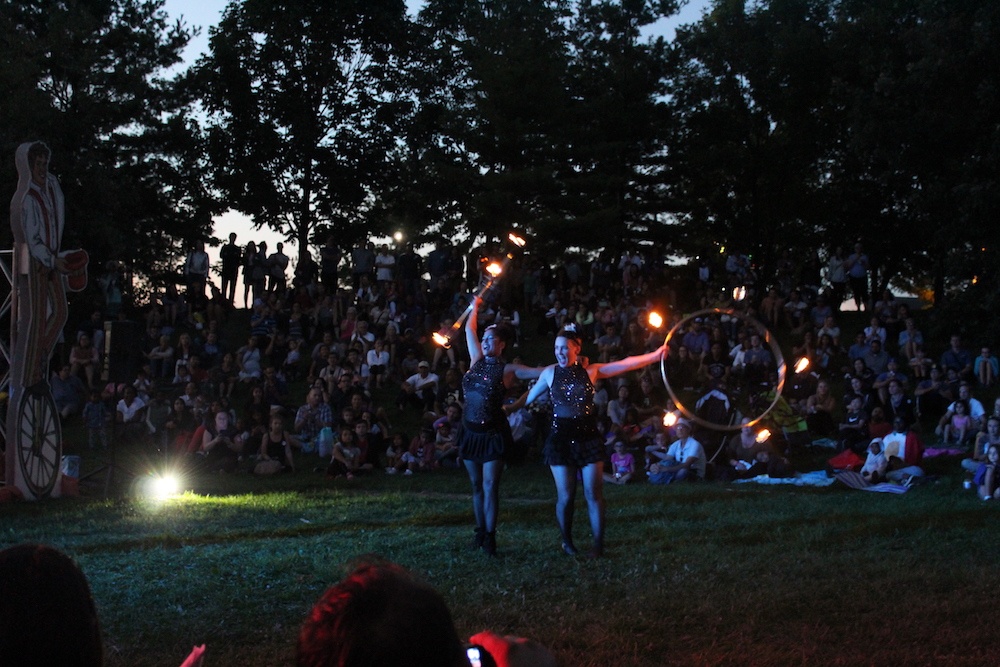 Where: Woodbine Park – 1695 Queen Street East
When: August 30 to September 2
Admission: By donation to festival organizers, Epilepsy Toronto. Suggested donation of $5 per person, $10 per family at the gate.