The budget, being discussed initially by the Budget Committee, is $10.97 billion for next year, a financial investment that the City says will continue to deliver service to Toronto residents and businesses.

The majority (38%) of the tax supported budget comes from property taxes. In its budget overview, the City looks at a Toronto home with an assessed value of $624,418. Based on that value, the homeowner would pay $2,906 in municipal property taxes in 2018.

But, the proposal says, there will be no increase for multi-residential/apartment buildings as per provincial legislation, and no TTC fare increase. 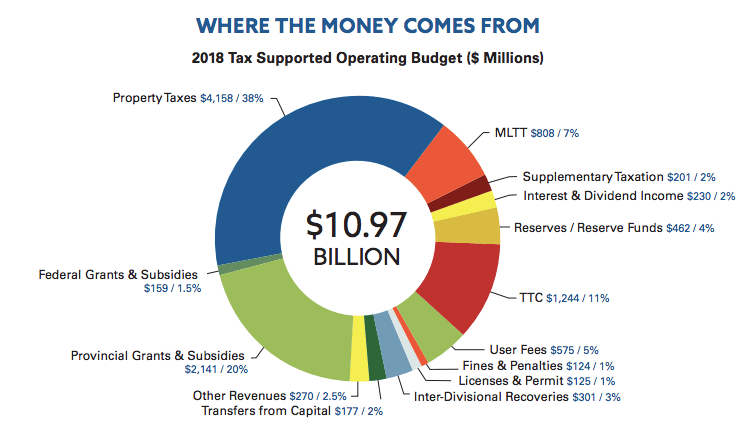 So where does the majority of the money go?

Using the the City’s homeowner breakdown, $1,050.57 (or 36.3%) of that $2,906 in property taxes will be allocated to Emergency Services which include Fire, Paramedic and Police. As a whole, 10.5% of the entire operating budget goes to Toronto Police Service, the second highest after the TTC, which takes up 18% of that $10 billion. 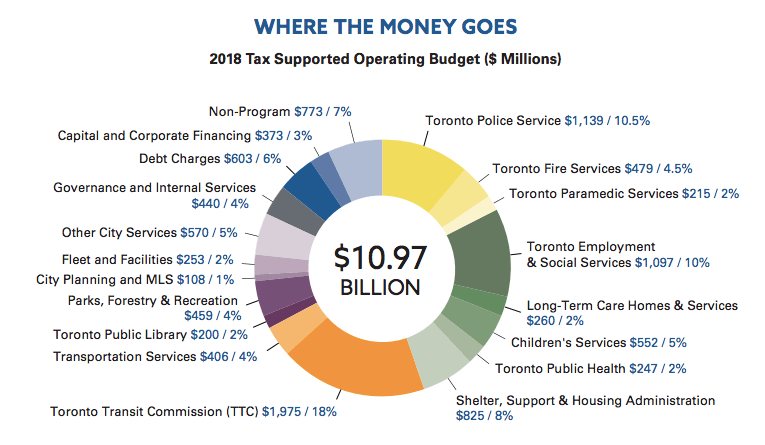 But the preliminary budget had a few missing pieces. In a supplementary City document, there was a 3-page list of items that were not included in the 2018 budget.

Lifeguards (listed as a transfer from Police), School Crossing Guard Program, TransformTO, John Tory’s new traffic wardens, and the newly passed two-hour transfer on transit are just a few of the major items that aren’t included in the budget.

These are certainly going to be factors for change in upcoming budget meetings, especially after Tory pledged to keep the city affordable. It’s also surprising, since, just this week, the Mayor said that he will be supporting time-based transfers for the TTC, investment in traffic measures, and fully funding the City’s TransformTO plan. 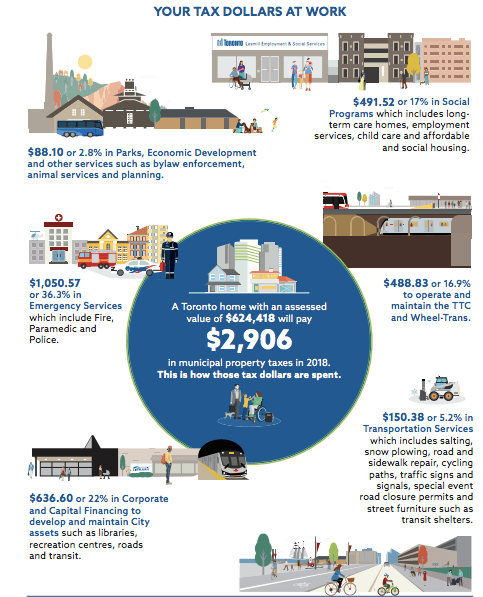 But, as mentioned, this is a preliminary budget, so things are expected to change.

The City is also inviting public input for the development of the 2018 tax budget before it goes to City Council on February 12 and 13.

Public presentations will be taking place in January at Subcommittee meetings. These will take place at: