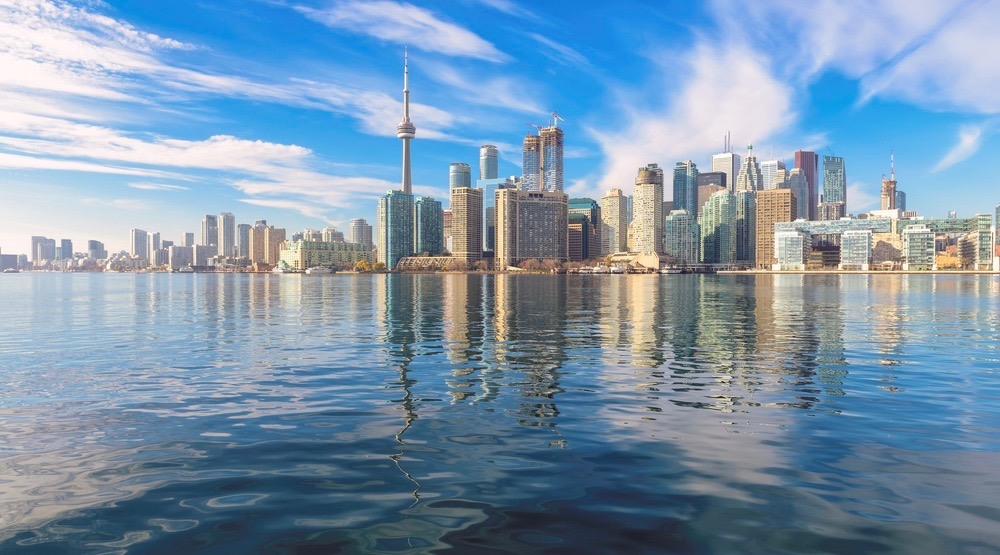 We both have the Queen’s face on our money. We speak the same language (sort of). And your great-grandmother may or may not have been Scottish.

There ends the similarity.

Here are just a handful of Toronto’s quirks, from Eh to Z.

Toronto has a bit of a complex

It won’t take you long to realise that there’s some serious beef going on between Toronto and several (*ahem* ALL) other Canadian cities. Even the city’s fashion sense seems intent on igniting a kind of modern day West Side Story. Toronto vs. Everybody? Really T.O? You play nice, now.

Hell hath no fury like a server scorned. Or worse – that server you just tipped a measly 5 percent. Back in the UK, gratuities are generally small and reserved for outstanding acts of table waiting. Like serving us a double vodka and coke for the price of a single. Long story short, it’s not ingrained in our culture, and could we all just stop talking about money, please? It’s making us Brits feel (even more) awkward…

You LOVE to queue (sorry, line up) for stuff

At this point, I’m beginning to think you guys just see a line and instinctively get to the back of it. Come rain or shine, Japanese cheesecake or celebrity sneaker, if there’s a single file, you’re joining it – no questions asked.

The TTC is the devil’s work

Perhaps it’s the fact that the subway only services a select horseshoe-shaped section of Toronto. Or maybe it’s minor details like streetcars that can’t go around street traffic. Either way, the transit system is less than ideal (read: it angers many, many people), though there could be hope in sight…

You work on commission, right?

That Canadians are polite is no secret. But never are their good manners more apparent than the first 0.003 seconds of a salesperson greeting a customer. “Hey, how’s your day going? Looking for anything in particular? What size are you?” is not uncommon, coupled with a level of familiarity that might make your BFF blush. We get that you’re working on commission, but no Brit was built to withstand such small talk.

Yes, it’s probably the biggest thing to happen to Britain politically in the last few decades. But, no, we are still not ready to talk about it. By which we mean two hours later we can be heard shouting “AND ANOTHER THING…..” at the top of our lungs.

Norm Kelly, aka 6Dad, stole the internet with his Too-Lit-To-Politic attitude. And even John Tory, the relative straight-guy, showed his sense of humour with his open letter to CBS Sports and the Miami Heat basketball team during the 2016 playoffs. Sure, it’s a bit like having your drunk Uncle on Twitter, but Toronto’s politicians sure know how to let their hair down. (No, Rob Ford will not be mentioned again.)

Whether he’s hanging out on the CN tower or lint-rolling courtside at a Raptors game, the city is obsessed with Drizzy. On any given street, at any given time you will hear Aubrey blasting from at least four car stereos. Drake could eat an apple and one of you guys would make it into a meme. What a time to be alive.

Your Prime Minister is a stone-cold fox

Put down the pitchforks and the politics (one and the same?) for a moment. Forget policy. Leave carbon taxes at the door. The man is a walking fragrance commercial. Perhaps, you still think I’m influenced by my political leanings? Allow me to introduce you to the British PM; Theresa May. A human being with less charisma – and undoubtedly a worse record collection – than your least fun Aunt. They don’t make ‘em like JT in the UK.

Playoffs are a whole different ballgame

It’s the end of the season and the team who accrued the most points over the course of the season wins, right? Uh, NOPE. Strap yourselves in, non-natives. Get set for weeks (months?) of nail-biting playoff tension in a winner takes all best-of-five (no, wait, seven?) game series. Drink. Then drink some more.

Not my cup of tea

Whether you’re frothing or steaming the milk (for the love of God, LET IT BE), or ‘steeping’ your teabag (the term is ‘brewing’ but whatevs . . .), there’s a bit of a disconnect when it comes to what constitutes a cuppa. Whatever else we disagree on, can we at least concede that Brits are right about this one since we stole tea hundreds of years before you?