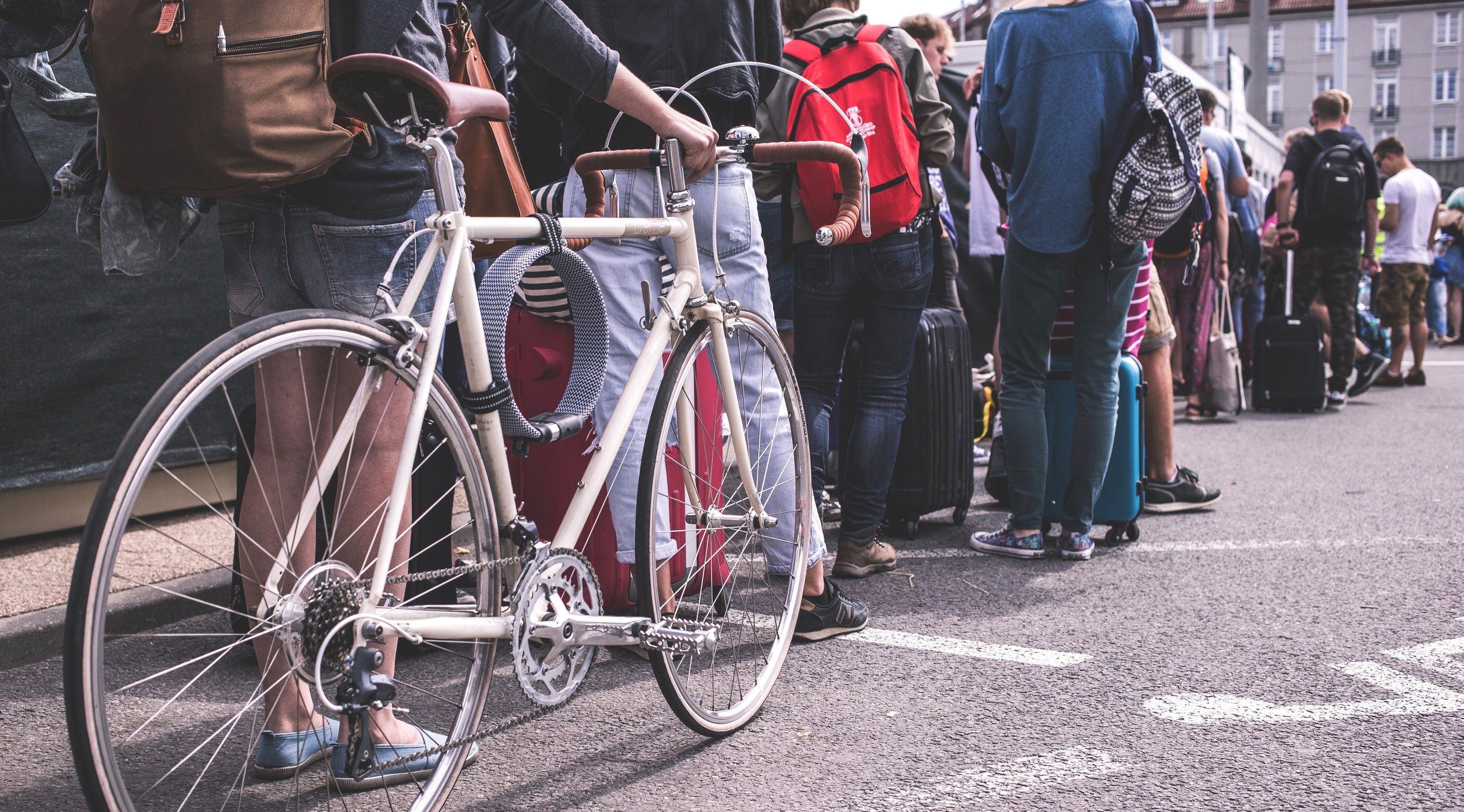 Toronto is a city where, if you make enough noise about something, people will line up for it.

It’s probably in our DNA, like overpaying for real estate or blaming the TTC for all of life’s shortcomings.

Just throw the word “pop-up” on a storefront in a gentrifying neighbourhood and watch the lemmings flock. Sell them a fusion dish of the two most hashtagged foods of 2016 or lead them off a cliff. You’re in control now.

So, without further a-queue (heyo!), here are 8 things Torontonians will always line up for…

Sitting on a patio

Summer doesn’t officially arrive in the city until there’s a line to get on a patio. Patios are so popular, in fact, that #patio is set to overtake #6ix as the most frequently used Instagram hashtag in Toronto this year. And that with just half the year to work with. Business owners have of course found a way to monetize our love for a seat in the sunshine – one downtown establishment charges up to $21 cover for patio privilege.

Any US fast food chain pop-up

Shake Shack and In-N-Out have popped up in Toronto to crowds Trump imagined he had at his inauguration, which is to say about a zillion people attended. Could you imagine if Trader Joe’s posted up at Evergreen Brick Works for a weekend? Talk about reducing the Gardiner to, well, itself on Labour Day long weekend. Not convinced of our affinity for all things American fast food? We showed Panda Express enough love to sustain a permanent address, ffs.

A shoe that looks like it came from a 3-D printer powered by Windows 95 and a watch battery drops and the city goes crazy. Toronto is a hot spot for sneakerheads, a Millennial sub-demographic that reads Hypebeast like it publishes the secrets never revealed in The Game. With Kanye’s fake number on speed dial and an affinity to enterprise their lunch money on the resale shoe market, you can suss out a sneaker drop line by the cloud of fire emojis hovering above a sea of Supreme snapbacks.

You’d be forgiven for mistaking the Toronto Islands ferry on a weekend for Noah’s Ark before the holy deluge. That metaphor extends to include the fact that the whole production reduces us to a bunch of animals. (In a kind of ironic twist, actual flooding right now on the Islands right means no one is queuing for the ferry).

Uncle Tetsu’s first foray into Canada came during the dark days of winter 2015 and immediately demanded people make a big deal of it. Which we did, and now standing in line for some alternative cheesecake is just part of the experience. Rumour has it some even put their place on Airbnb for a few nights before a trip to Uncle Tetsu’s.

Poke’s cool this year? Nice, let’s throw a festival two Woodstocks big about it, make sure every PR company in the city is on the case, and worry about parking later. This kind of thinking creates Fyre Festivals, and has laid victim to taco, mac n cheese, and grilled cheese festivals in recent years. You don’t need society to tell you when you should like something, ya know?

When Drake does something

Here’s a guy who can print an owl on a tee and turn Dundas West into the Hajj. If Drake were to drop a flaming bag of his own shit on your welcome mat, your family would probably line up at the front door for the privilege of extinguishing it by foot.

The first six Yelp reviews of this justifiably popular ice cream sandwich establishment reference its long wait, which is all you need to know about this city’s priorities (that they’re in order). Lineups are an all-season affair at Bang Bang, so don’t think you’re getting away with anything by duplicitously convincing yourself to stop by in the winter.