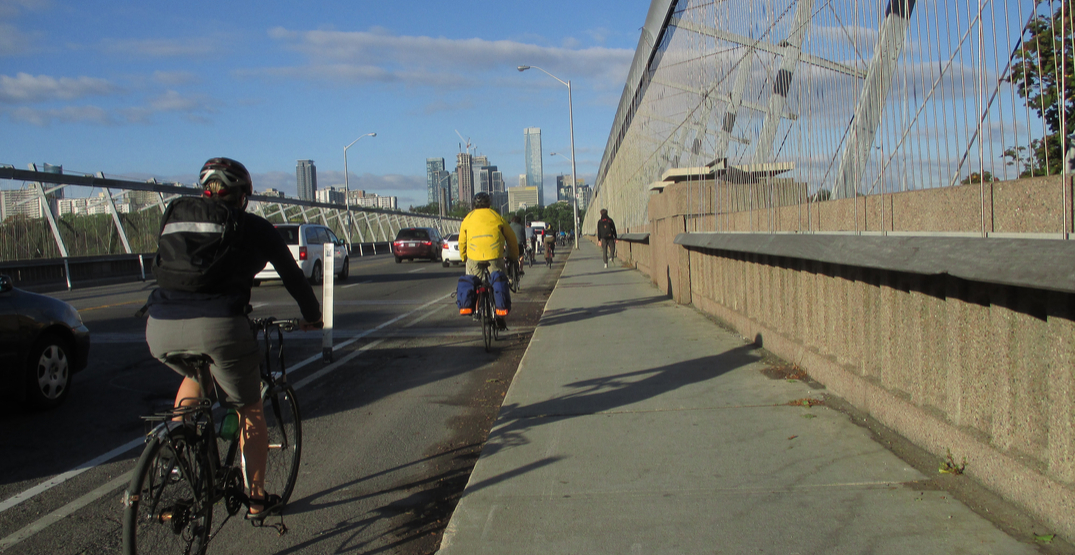 Barriers on the Prince Edward Viaduct/Shutterstock

The City of Toronto is considering methods such as bridge barriers to prevent suicide deaths.

“Municipal authorities can play a key role in suicide prevention in public places,” states the report. “Many jurisdictions have erected barriers at bridge locations and found them to be effective in preventing or reducing suicide deaths with little displacement of suicide deaths to other bridges or substitution to other methods of suicide.”

The report, from Dr. Eileen de Villa, the city’s Medical Officer of Health, says that bridge barriers are an effective intervention to prevent suicide deaths.

“Barriers (and all means restriction strategies) increase the chance that someone seriously contemplating suicide will have more time to allow the crisis to pass, rethink the situation and/or obtain help,” Dr. de Villa writes.

Studies have shown a reduction in the number of suicide deaths from bridges following the implementation of barriers or nets. Recently, a study on this topic found that restricting access to means (barriers/nets) was associated with a 93% reduction in suicide deaths at the site where the intervention had been implemented.

It also noted that there was a decrease in the overall number of suicides by all methods, as well as a decrease in suicide deaths from all jumping sites following the implementation of barriers or nets.

In Toronto, a study of the effectiveness of the barrier on the Prince Edward Viaduct (Bloor Viaduct) found that the barrier was effective in preventing suicide deaths.

“While evidence suggests that bridge barriers can save lives, it is important that barriers be considered as part of a multi-pronged approach to suicide prevention,” reads the report.

Additional options to prevent suicide on bridges include crisis phones, signage, and monitoring and surveillance of the bridge.

But the city says there is not enough evidence to determine the effectiveness of these interventions.

Transportation Services is planning to review the feasibility of implementing barriers and/or other interventions on “priority bridge” locations.

“It is responsible public policy to design and construct bridges that decrease the likelihood of suicide deaths,” says the report. “Toronto is well-positioned to assess the need for bridge modification and therefore proactively strengthen its approach to preventing suicide deaths.”