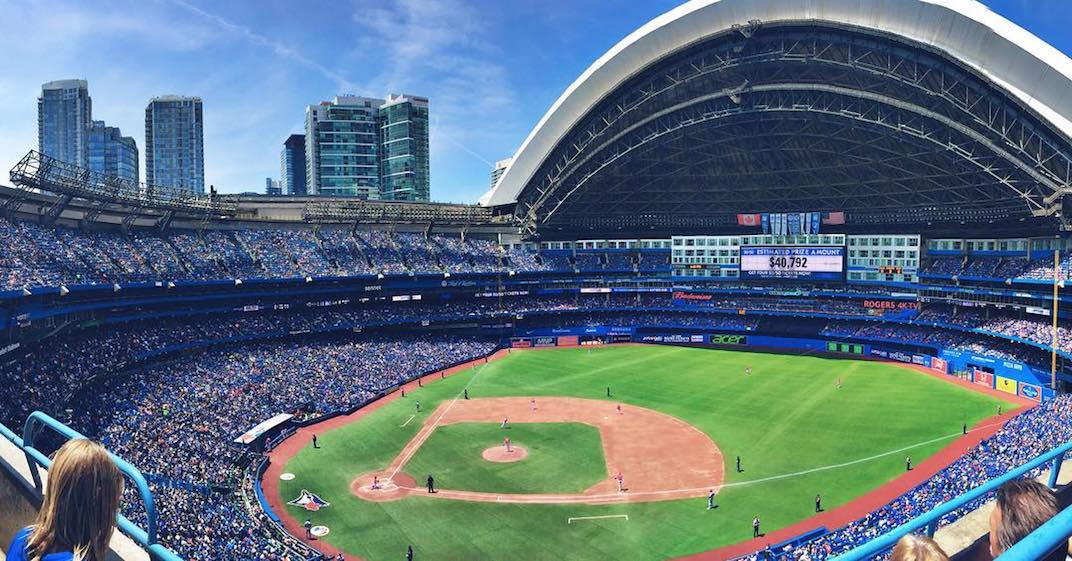 Nothing goes better together than a ball game on a warm summer’s day.

But if you add some awesome live music, well, then you’ve got yourself a real party.

And it just so happens this August, the Toronto Blue Jays will be hosting its Summer Sound Festival, and attendees can enjoy two-days of great music and baseball.

Canadian bands The Sheepdogs and James Barker Band will headline the extended two-day festival presented by Bacardi, on Friday, August 9, and Saturday, August 10, while the Jays take on the Yankees.

The festivities start outside Gates 10 and 11 at 4:30 pm on Friday and 12:30 pm on Saturday, running up until first pitch, weather permitting.

Enjoy TWO days of 🇨🇦 music, great ⚾️ and a host of activities and entertainment!

Performing on Friday, The Sheepdogs are a four-time JUNO Award-winning, Saskatoon-based quintet and the multi-platinum-selling group has recently returned home after a Spring 2019 UK and European tour.

Headlining Saturday’s show, the JUNO and CCMA Award-winning James Barker Band has six consecutive gold-certified singles, and they are the most streamed domestic-signed country artist since 2017.

During Summer Sound Festival, Blue Jays fans can not only look forward to music, but also a host of activations, games, prizes, and entertainment to keep the party going, including a Bacardi cabana hangout and DJ DLUX will be spinning.

Friday night’s game will kick-off at 7 pm, while Saturday’s game begins at 3 pm.