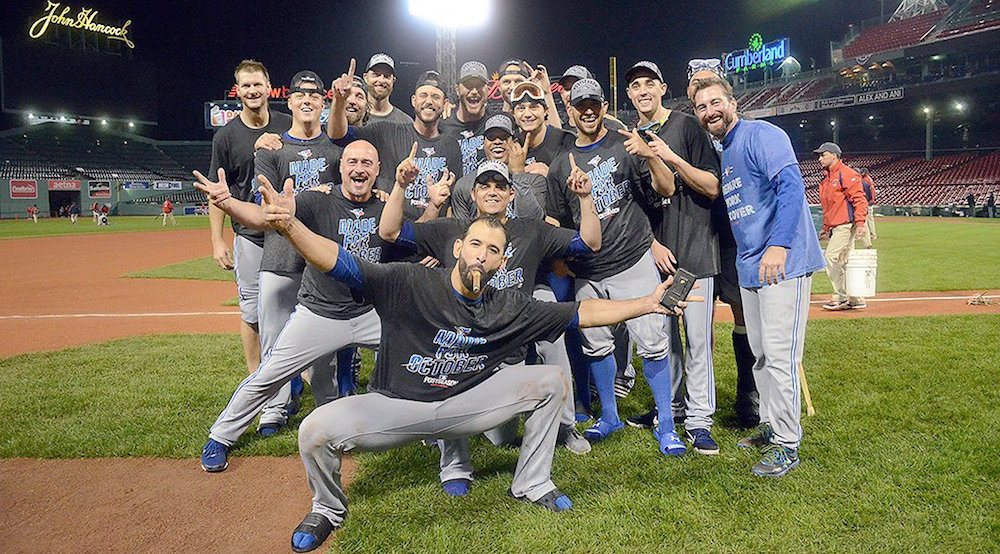 The Toronto Blue Jays are going back to the playoffs for the second season in a row and the seventh time in franchise history.

The Jays clinched a playoff spot by virtue of Detroit losing 1-0 to Atlanta, but needed to win their game in Boston to secure a home playoff date. They took care of business on that front, beating the Red Sox 2-1, getting seven strong innings from ace Aaron Sanchez.

Toronto took the lead on a Devon Travis solo home run in the fifth inning. Boston answered that with a solo homer of their own, from Hanley Ramirez in the seventh. Edwin Encarnacion scored the winning run in the eighth inning, scoring on a two-out single by Troy Tulowitzki.

The Jays will host the one-game wild card play-in game on Tuesday at Rogers Centre. Their opponent will be the Baltimore Orioles, who finished with an identical 89-73 record.

If the Jays can beat the Orioles, that will set-up a rematch of last year’s divisional series against the Texas Rangers.