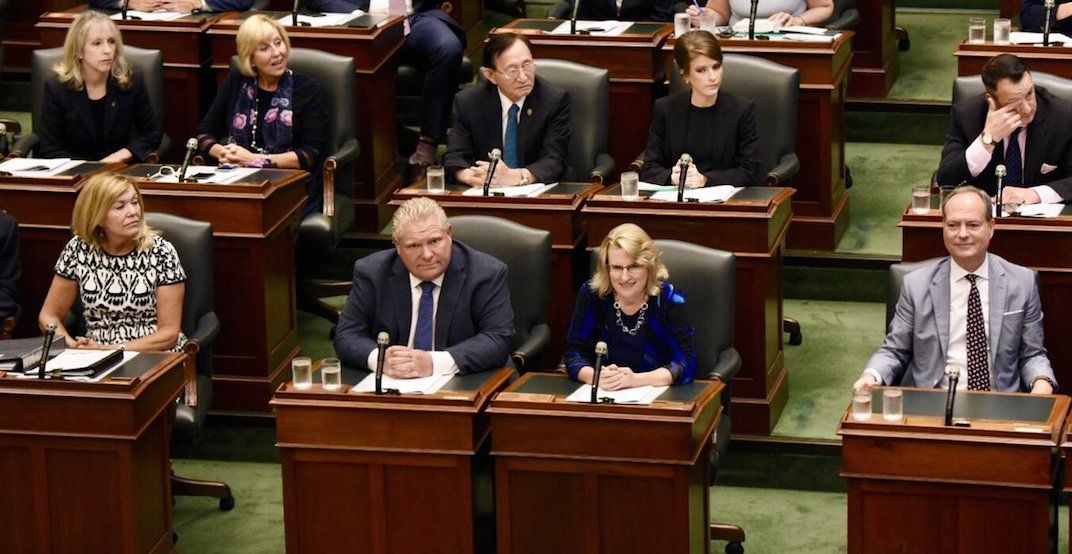 Premier Doug Ford’s controversial Bill 31 that reduces the size of Toronto City Council nearly in half has passed a major hurdle.

Following a rare all-night session that began at 12:01 am on Sunday, the Progressive Conservative’s completed the six-and-a-half hour second-reading of Bill 31, the Efficient Local Government Act.

The new bill would cut City Council from 47 members to 25 after the upcoming municipal election on October 22, serving as the reintroduction of Bill 5, the Better Local Government Act, that was found unconstitutional and stopped by Ontario Superior Court Justice Edward Belobaba a week ago.

For the first time in Ontario history, the provincial government will invoke the notwithstanding clause in the Charter of Rights and Freedoms to overrule Belobaba’s decision.

Numerous Tweets show that during the midnight session there were hordes of protestors outside of Queen’s Park, banging on the doors, holding signs and chanting “Let us in!” and “Our city, not Ford’s!”

They are banging on the doors to be let in to the legislature…the legislature has lost its way,. #topoli #ONpoli #cdnpoli pic.twitter.com/yx0JtXe0vT

According to the provincial government, reducing the size of council will make city hall more efficient and would save Toronto taxpayers more than $25.5 million over four years. Though these numbers remain unproven so far.

MPP’s are expected to return to Queen’s Park at 10:30 am on Monday for a question period.