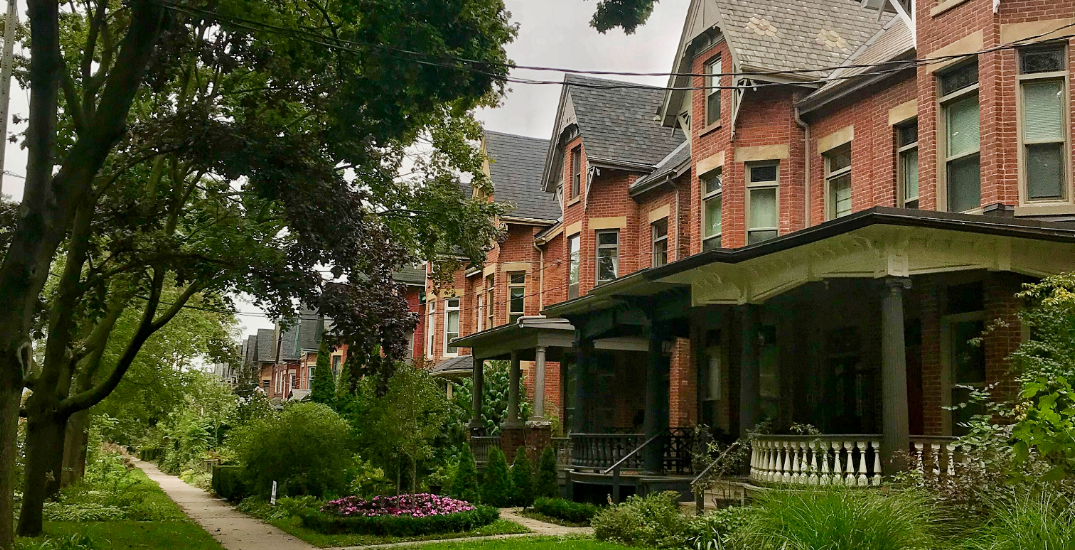 Earlier this month, Toronto was deemed one of the worst places to buy real estate in Canada.

The designation was courtesy of MoneySense’s Where to buy Real Estate in Canada 2022 report. Created in partnership with Zoocasa, the report placed Toronto 43rd out of 45 cities in terms of value and buying conditions.

But now Zoocasa readers have had their say.

The real estate agency recently asked their community which city they would personally rate as the best place to buy real estate in Canada. Cities were pitted against each other on Zoocasa’s Instagram story, and readers voted in five knock-out rounds.

In a flip from the professional designation, readers gave Toronto the top spot. Kawartha Lakes took second place, followed by Montreal. Collingwood and London rounded out the top five, respectively.

“Toronto’s win does demonstrate the affinity Zoocasa readers have for larger cities, and is also likely in part due to its general popularity, culture, [and] multiple thriving industries,” the real estate agency said.

“The performance of other areas like Kawartha and Collingwood does showcase, however, that there is definite value to be found in smaller areas of the country with quieter lifestyles.”

Zoocasa cautioned that Torontonians make up a large portion of their Instagram following, which could also have played into the win.

The rest of the reader’s rankings also varied from the official feature.

MoneySense’s report ranked Moncton, North Bay, Quinte West, and Hastings County as the top three places in Canada to buy real estate, but only Hastings County broke the top eight when readers had their say.

Officials gave Calgary 37th place, while readers put it in seventh. Oakville moved up from 44th place to 12th, and Edmonton went from 36th to 14th.

Zoocasa said Kawartha Lakes was the “biggest overachiever” in the community vote. The municipality received the 11th place ranking from officials, but readers kept it in the running to the very end. Toronto overtook it with just 52% of the vote in the final round.

Kawartha Lakes has seen sizable growth in the last three years — at the end of 2021, the benchmark price was 88% higher than in 2018.

Readers and officials did see eye-to-eye on several cities, though. Vancouver, which took the bottom spot in the official rankings, was third from last amongst readers. Mississauga, too, remained near the bottom in both rankings. 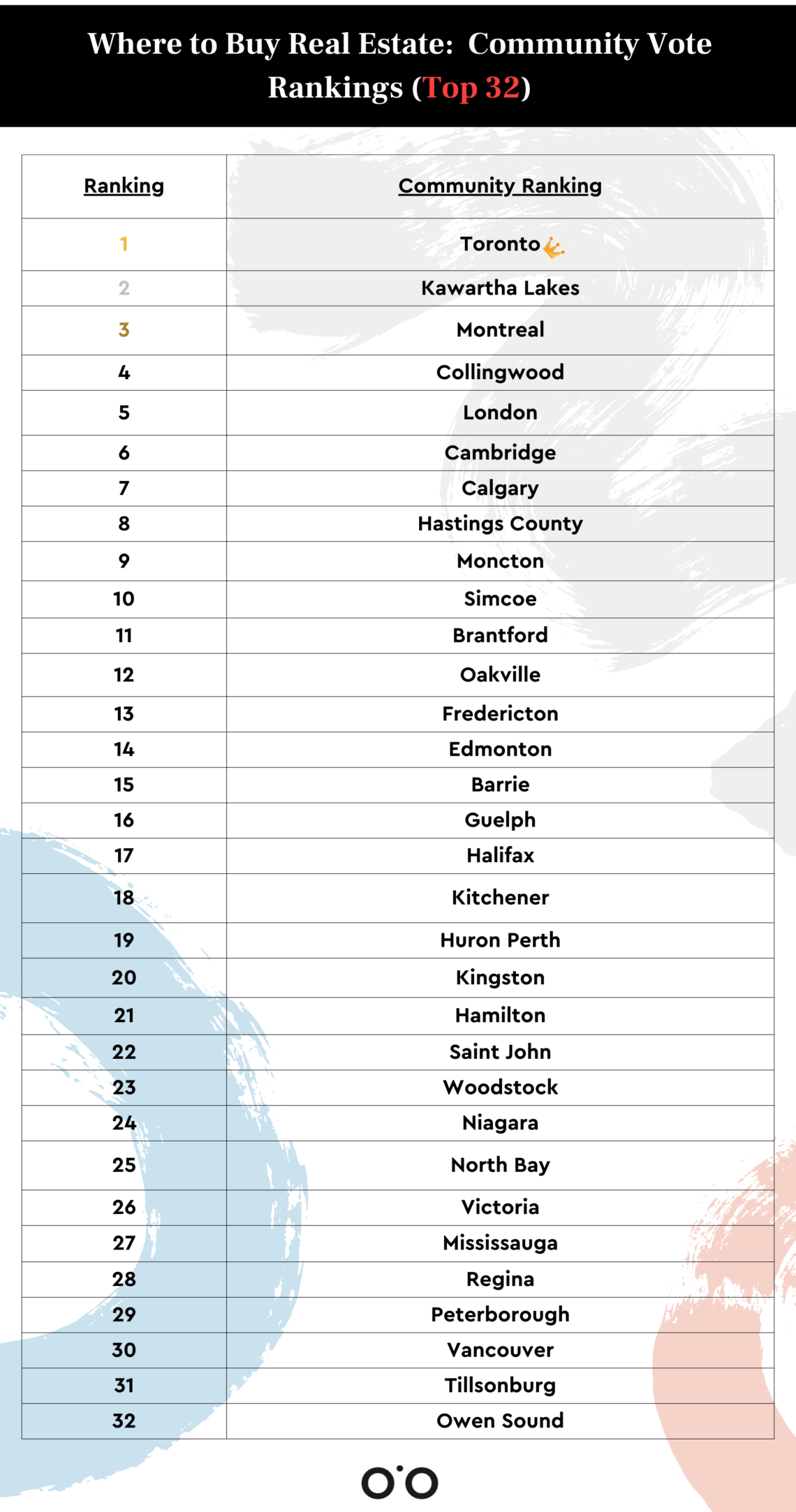