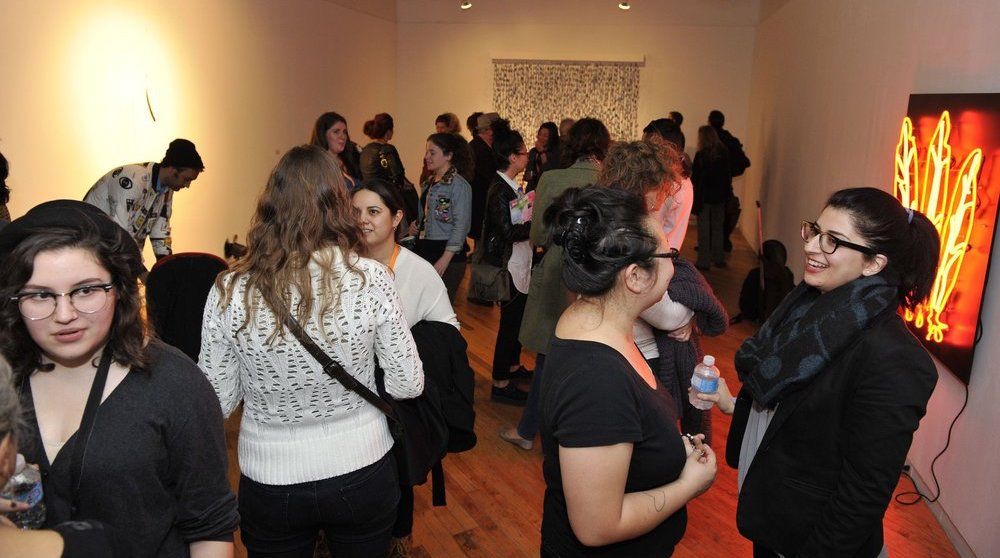 Toronto is getting a five-day art festival next month.

The popular and now expanding imagineNATIVE’s Art Crawl will add additional stops for a total of three different locations on Friday, October 20, showcasing eight exhibitions at seven different galleries while offering the opportunity to hear from curators and artists at featured talks.

Audio installations during the Art Crawl at 401 Richmond include Territ-Aur(i)al Imprints at Prefix Gallery and Raven Chacon: Report at YYZ Artists’ Outlet. Territ-Aur(i)al Imprints is a selection of sound artworks by Indigenous Artists from Canada and Latin America, created as part of imagineNATIVE’s first audio-centric Indigenous collaborative exchange. Raven Chacon: Report highlights three areas in the American Southwest chosen for their quietness and are presented as field recordings, amplified to their maximum volume.

The imagineNATIVE Film + Media Arts Festival is the world’s largest Indigenous festival showcasing innovation in film, video, audio and digital media. The Festival presents the most compelling and distinctive works from Canada and around the globe, reflecting the diversity of the world’s Indigenous nations and illustrating the vitality and excellence of Native art and culture in contemporary media.

Where: Several venues including The Commons at 401 Richmond St and Onsite Gallery at 199 Richmond Street West