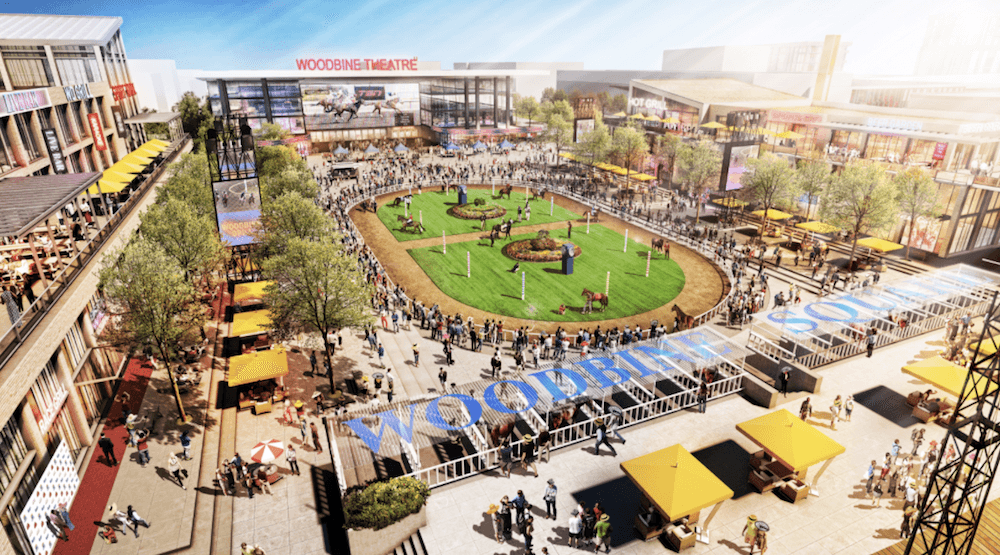 Woodbine Racetrack will be home to a large casino in Toronto.

On Thursday, Toronto City Council approved expanded gaming at the popular racetrack, by a vote of 26 to 15.

Currently, Woodbine Racetrack is the home of Casino Woodbine, which operates 24 hours a day, 7 days a week, and contains approximately 3,000 electronic games (slots and other games such as electronic poker), but no live dealer tables.

And with this approval, Woodbine states that expanded gaming on the site will be a catalyst for future development.

“We are pleased that council chose to support jobs, development, and the vitality that expanded gaming will bring to this portion of the city,” said Jim Lawson, CEO Woodbine Entertainment in a statement. “We look forward to co-creating an exciting future on this site with our partners OGGTA.”

“This is a major milestone for the city’s northwest, as this will be a catalyst for continued investment and redevelopment in the community for years to come,” said Coun. Michael Ford in a statement.

“Woodbine Racetrack will become a world-class destination resort, and will not only attract international investment, but will also provide residents of the City of Toronto and surrounding municipalities a place to work, live, and play.”

But while the majority voted for the casino, some did not agree with the decision.

“This is the absolute wrong way to build a healthy and economically strong city,” tweeted Coun. Joe Cressy.

In 2018, in Toronto, City Council is about to approve the expansion of gambling and casino facilities in Etobicoke in order to spur economic development. This is the absolute wrong way to build a healthy and economically strong City.

Last year, Woodbine Entertainment said it was looking to become a “city within a city.”

The 684-acre site, privately owned by Woodbine Entertainment Group (WEG), will be transformed as the owners complete a master plan for the future “urban heart” of northwest Toronto.

While they hope it continues to be the ultimate destination for horse racing and gaming, they said they would also be looking to expand and integrate entertainment along with “cultural offerings, food and dining, hotel, shopping, office space, post-secondary education, recreation, health, wellness, and urban residential living.”

Founded in 1881, Woodbine Entertainment Group (WEG), formerly the Ontario Jockey Club, is the largest operator of horse racing in Canada, and according to their website, WEG drives Ontario’s horse racing industry and generates 60,000 jobs within the Province’s agricultural sectors.