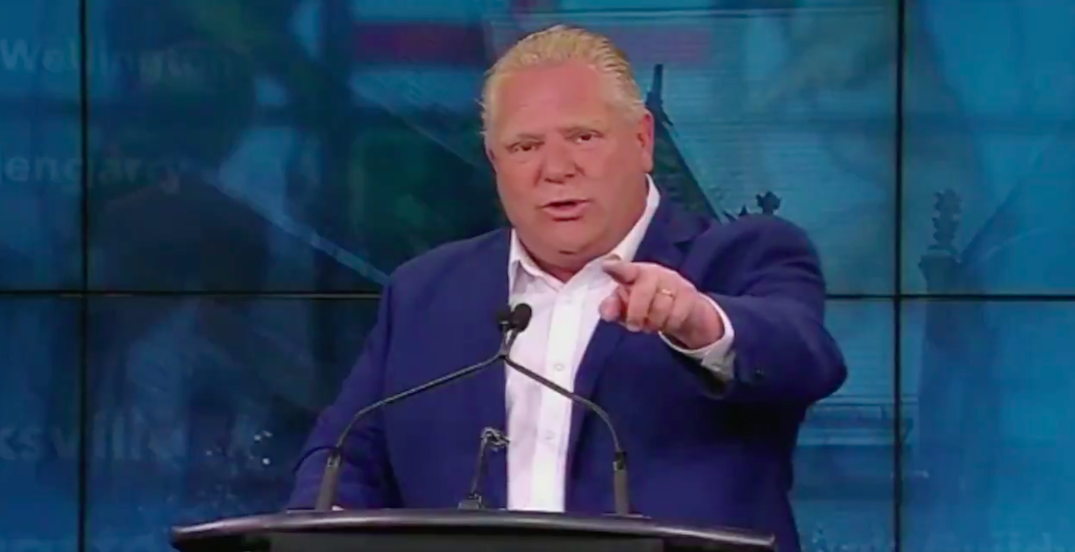 Following Premier Doug Ford announcing he will invoke the Constitution’s notwithstanding clause to override Monday’s court decision on Toronto City Council, an anti-Ford rally is scheduled in Toronto this week.

This Wednesday, September 12, the public is joining together at City Hall to protest against the changes being made by the conservative government.

“We the people of Ontario must stand up and speak out against this brazen act of a worthless despot. Join us at Toronto City Hall as we fight back and show the power of the people to the world. We will not back down and we will never give up the fight,” reads the Facebook event page.

Event organizers say they are expecting major speakers to attend, including city council candidates, and MPPs.

At the time of writing, over 1000 people have said they are interested in attending the rally.

Fight back against Ford: Rally to save our democracy and rights