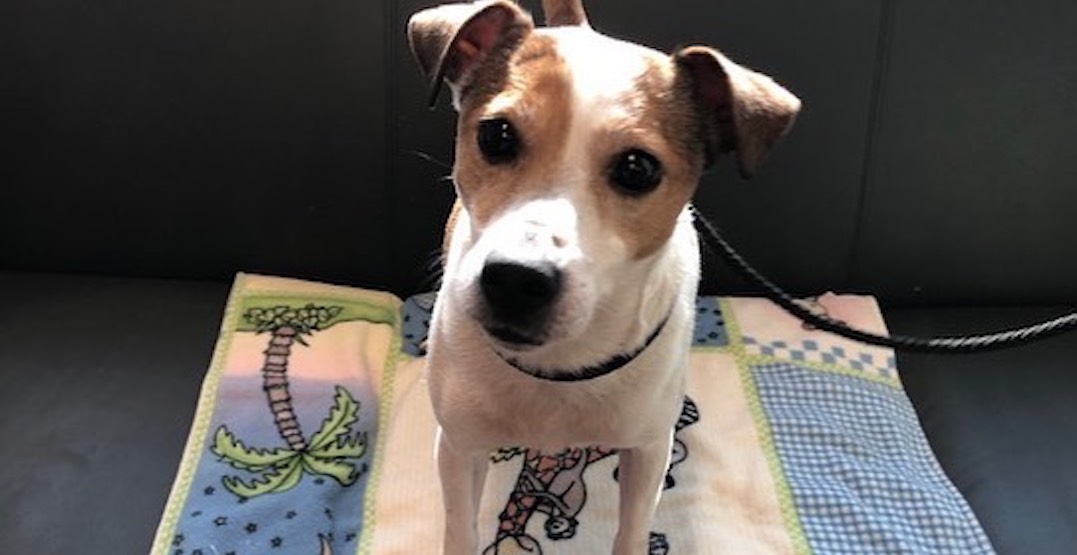 Toronto Animal Services has offered the public an update on the dog discovered abandoned inside a suitcase in a park over the weekend.

On Saturday, the female Jack Russell-mix was reportedly found by joggers passing through Lambton Park in Etobicoke. They came across a suitcase that moved as they approached it, and what followed was a rescue of the animal trapped inside.

A Facebook post says the joggers believe the suitcase had been thrown down a hill it was found at the bottom of. At the top of the hill, suitcase drag marks reportedly spanned 200 metres, leading to Lambton Arena’s parking lot.

It’s speculated in the post that the person who left the dog in the suitcase may have come from a nearby apartment complex, or drove to the arena’s parking lot.

Toronto Police later released an appeal for information about the incident.

Toronto Animal Services have since released an update on the dog, which was shared on Instagram.

“She is now in our care and we’re calling her Casey,” reads the caption.

The caption shares that Casey has been determined to be a fairly healthy, 5- to 7-year-old Jack Russell Terrier, who may have previously had a litter of puppies.

“Casey was initially timid with us, but she warms up quickly, especially when treats are involved,” the caption says.

“We are giving her space and letting her know she’s in a safe place.”

Dogs are posted on the website the evening before they become available for adoption.

“If you need to surrender an animal, you can do so at any of our three shelters, regardless of where you live in Toronto. We take in every animal surrendered to us regardless of their health, age, breed, or behaviour – and regardless of your situation,” the post continues.

“We know that people surrender their pets for many reasons, and always try to work with them to educate them about their options. If there isn’t a solution, we will accept the pet by appointment, or immediately if it’s an emergency.”

The caption urges no one to ever abandon a pet in an unsafe place, regardless of circumstances. “There is always a better option,” it reads.

“Please, please contact us so we can help you find the best option for you and your pet. We can take your dog if you need help.”

If you see a dog kept outdoors in unsafe conditions, contact 3-1-1 so Animal Services can assist.