CBRE, one of the world’s largest commercial real estate and investment firms, has released its latest Global Living report, which examines the housing markets in 35 global cities.

One of the big takeaways is housing prices continued to grow in all but five of the 35 cities analyzed.

What comes as little to no surprise, Hong Kong and Singapore ranked as the most expensive cities in the world to buy a house for the second year in a row, with average prices going for $1,235,220 (USD) and $874, 372 (USD) respectively.

According to the report, in 2018, some of the best performing cities were New York, Los Angeles, Toronto, Vancouver, Sydney and Melbourne.

“With these markets now suffering from increasing affordability constraints, they have been pushed down the list making room for European cities where house price growth is still robust,” reads the report. 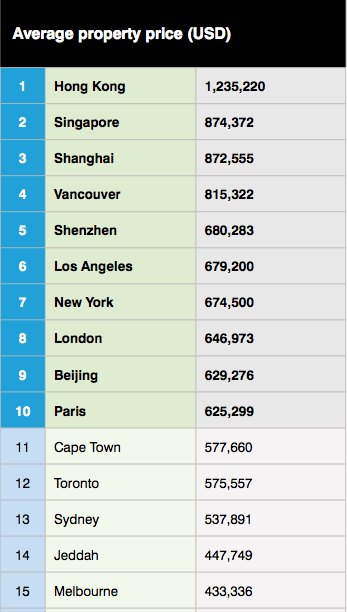 Canada’s largest city ranked 12th most expensive city in the world, with homes costing an average of $575, 557 (USD), according to the report.

Cape Town tailed ahead of Toronto slightly, where the average home costs only $2,103 (USD) more.

The only other Canadian city to make it onto the list is Montreal in 26, with houses costing an average of $260,084 (USD).

Additionally, Toronto ranked as the ninth city in the world for rental growth during the same period.

“House price growth was 1.5% last year, which is low in comparison to the annual average of 10% over the last decade. However, this is a welcome slowdown for aspiring home buyers faced with increasingly severe affordability constraints,” reads the report.

“In contrast, rental growth was high in comparison to the last decade at 4.8% driven by near historically low vacancy rates of 1.2% in 2018.”

According to CBRE, the demand for rental properties is being generated by downsizing baby boomers, professionals moving to Toronto to work in the city’s tech industry, and millennials priced out of buying their first property. 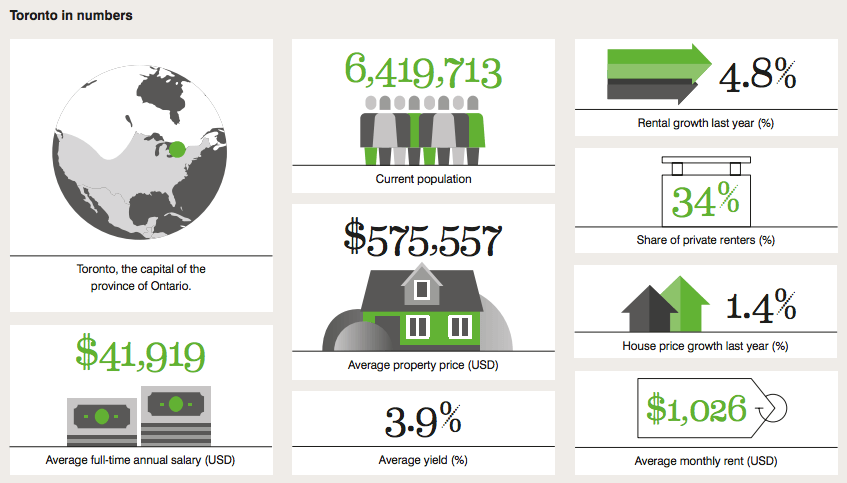