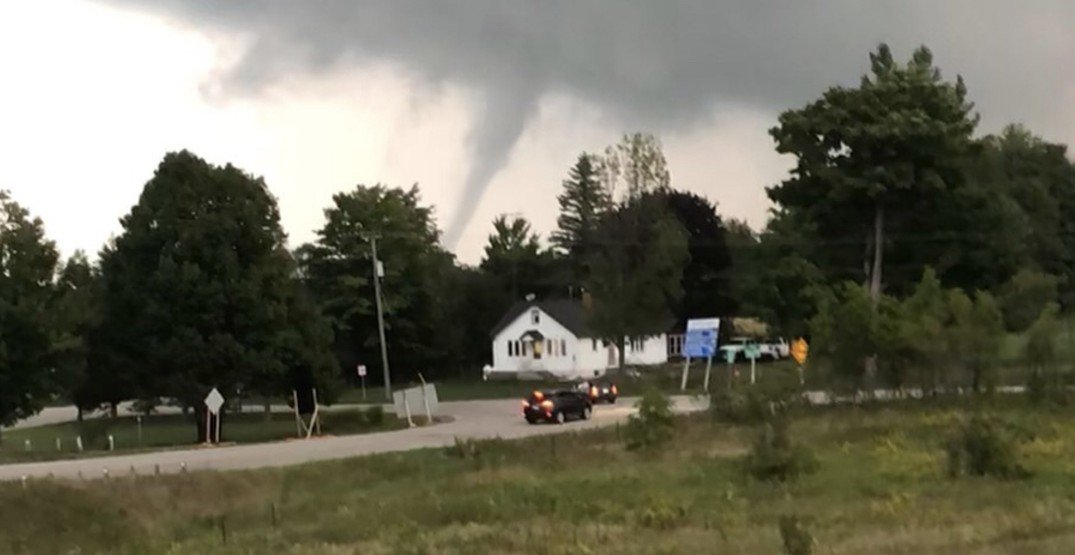 Update: As of 9:38 pm EDT, the Tornado Alert is only in effect for the Lindsay – Southern Kawartha Lakes region, according to Environment Canada.

It’s getting stormy in parts of the province as Environment Canada has issued a tornado and storm warnings for central and southern Ontario.

“Environment Canada meteorologists are tracking a severe thunderstorm that is possibly producing a tornado. Damaging winds, large hail and locally intense rainfall are also possible,” said the weather agency in a statement.

There are two dangerous storms producing the severe conditions.

One storm is travelling over Lake Simcoe five kilometres west of Beaverton, moving southeast at 50 km/h.

Check out some footage of the storms below:

Here we go again. This was about a half hour ago. @weathernetwork just north of Lake Simcoe. #onstom pic.twitter.com/1xPZQRShvI