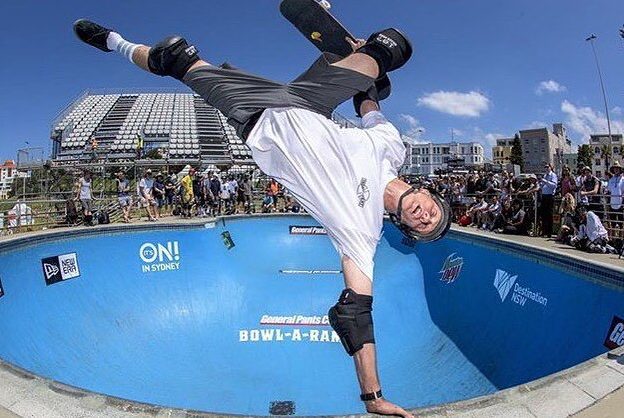 To celebrate the Canadian launch of his signature apparel, accessories, and footwear brand, the Tony Hawk Lands in Canada event will feature the 900 man himself, along with the talents of five renowned skateboarding heavyweights, Kevin Staab, Andy Macdonald, Amelia Brodka, Lincoln Ueda, and Evan Doherty.

The skaters will put on a free 45-minute public vert demo at 8 am on Hawk’s personal half-pipe with surprise appearances by Hawk. At noon, Hawk and all five skaters will return to perform a bonus 45-minute demo. Both shows will include product giveaways and more.

Hawk’s apparel collection launches mid-August at all Walmart Canada stores. Tony Hawk is an innovative athlete and an influential pioneer in modern vertical skateboarding. He is known for being the first skateboarder to land a trick known as the “900.”

What: The Tony Hawk Lands in Canada event
Where: Yonge-Dundas Square
When: August 18 at 8 am