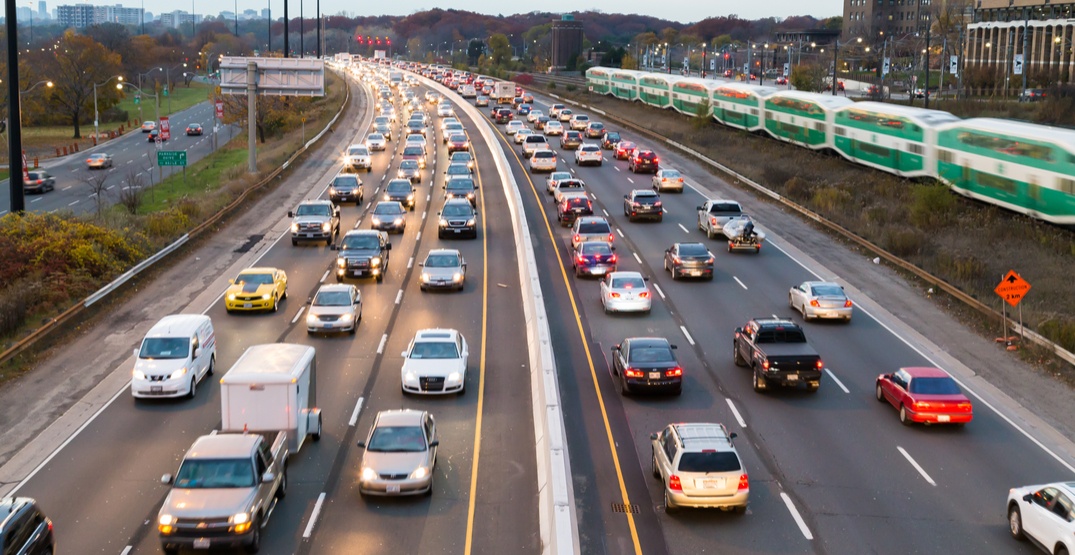 Toronto has been ranked the second most traffic congested city in Canada, according to the ninth edition of the Traffic Index released by global navigation system TomTom.

According to the study, 57% of countries included in saw increase in traffic congestion, and that includes some of Canada’s biggest cities.

In Canada, Vancouver was the most congested city, and its congestion levels has gone up with drivers spending an average of 39% extra travel time stuck in traffic.

In Toronto, drivers are stuck in traffic an average of 33% more in travel time.

Also on the North American list of congested cities is Montreal, which comes in at 10th, and Ottawa is at 11th, and both averaging 29% of extra travel time. 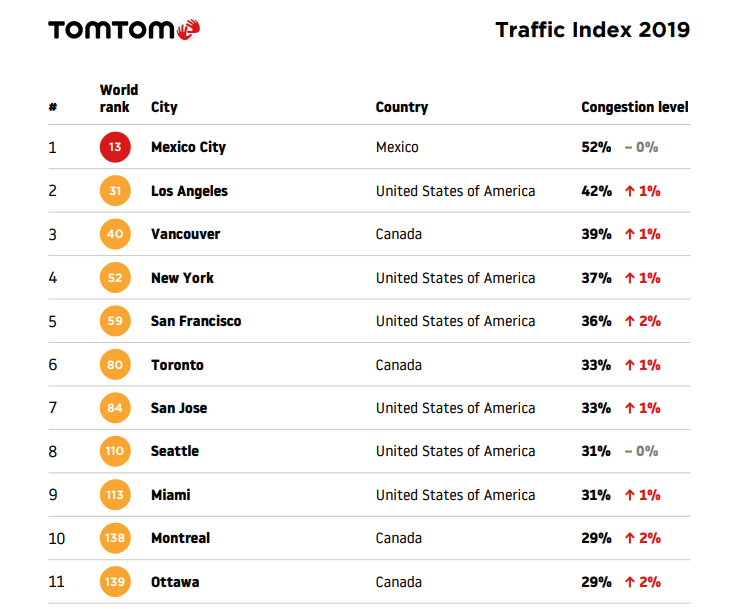 “They need to use all the tools available to them to analyze traffic levels and impacts, so they can make critical infrastructure decisions. And drivers have a role to play too. Small changes in driving behaviours can make a huge difference.”

Manila comes in second, followed by Bogota, an Mumbai.

Here are the top 10 most congested cities in the world: 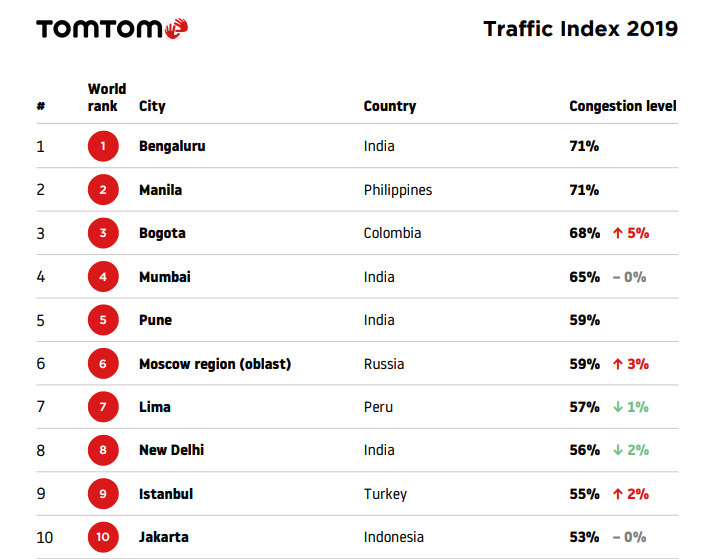