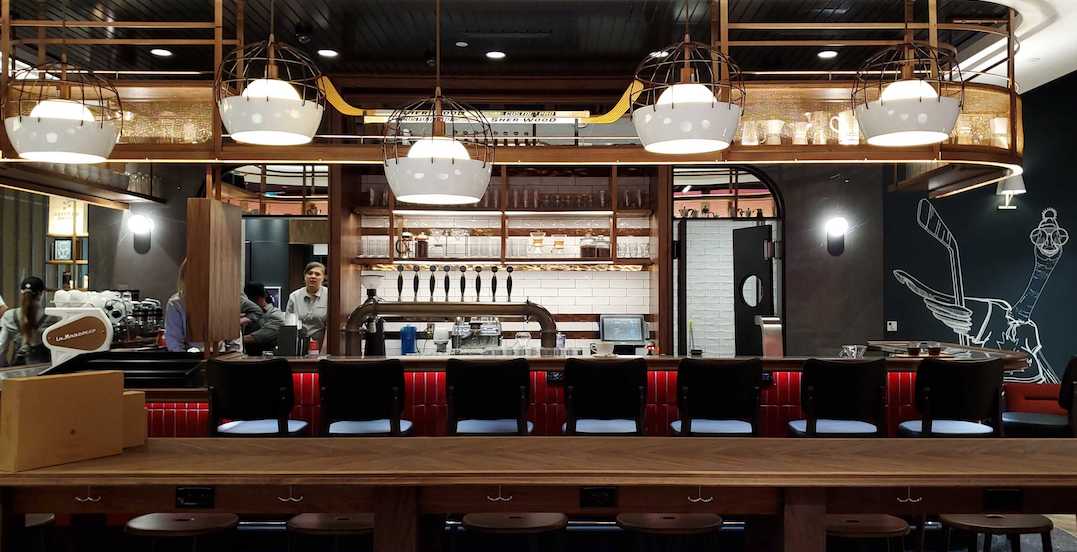 If you thought the addition of Beyond Meat to the Tim Hortons roster was something fresh, you’re about to be blown away by a brand new beast.

On July 25, the doors will officially open at Tim Hortons 130 King – the company’s first-ever ‘innovation café.’ 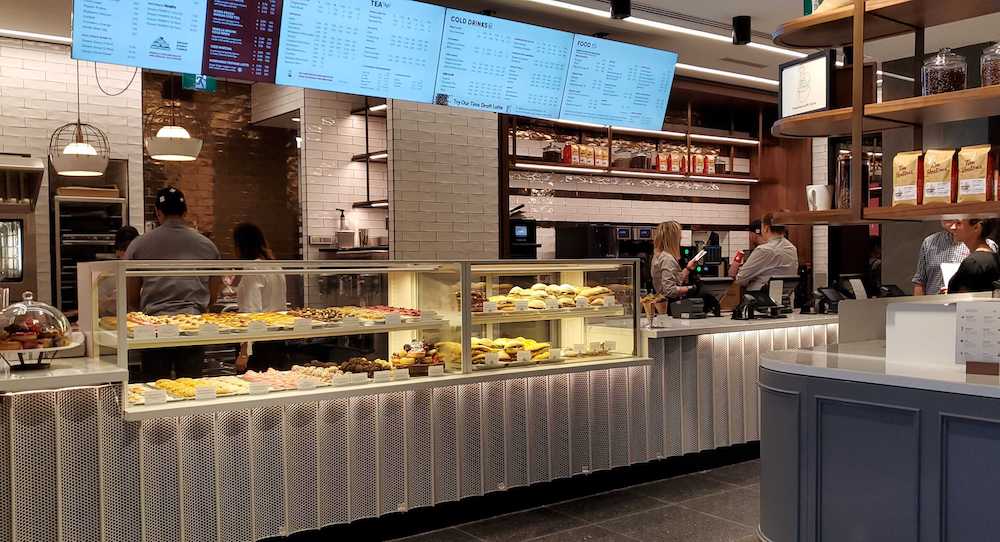 Upon entering the space, you’re met with fresh, clean and minimal colour scheme that offers subtle reminders of spending time in a hockey arena.

Blues, deep reds, and silvers come together to add a freshness to the wooden and brick details of the space, blending modernness with an old-timey vibe.

And it’s no coincidence that the cool white countertop looks somewhat like an ice rink. 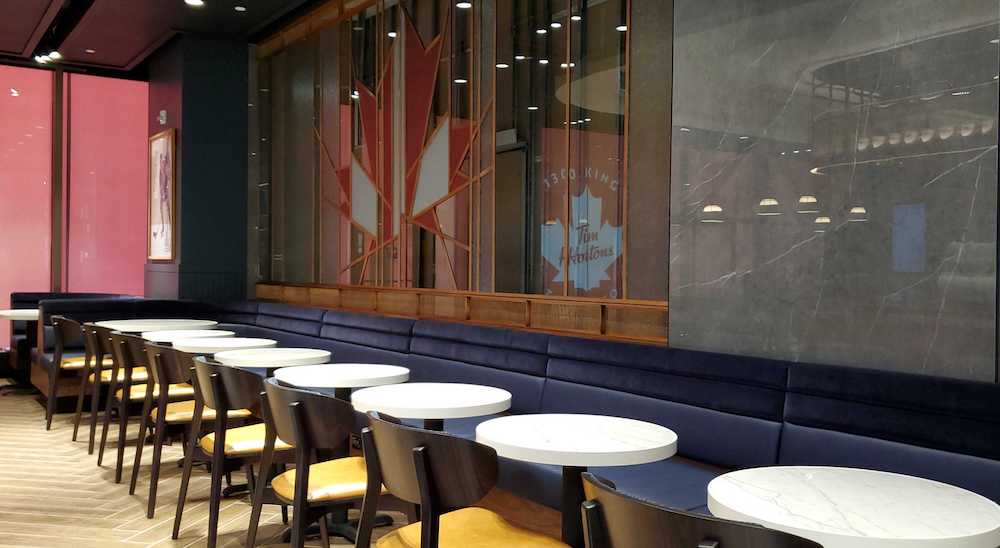 While there are overt nods to the Canadian-ness of the space (think: a mosaic maple leaf, Canada Geese, and hockey sticks as door handles,) the decor doesn’t feel corny or convoluted.

The exact opposite, actually – the decor blends classiness with a down-to-earth familiarity. 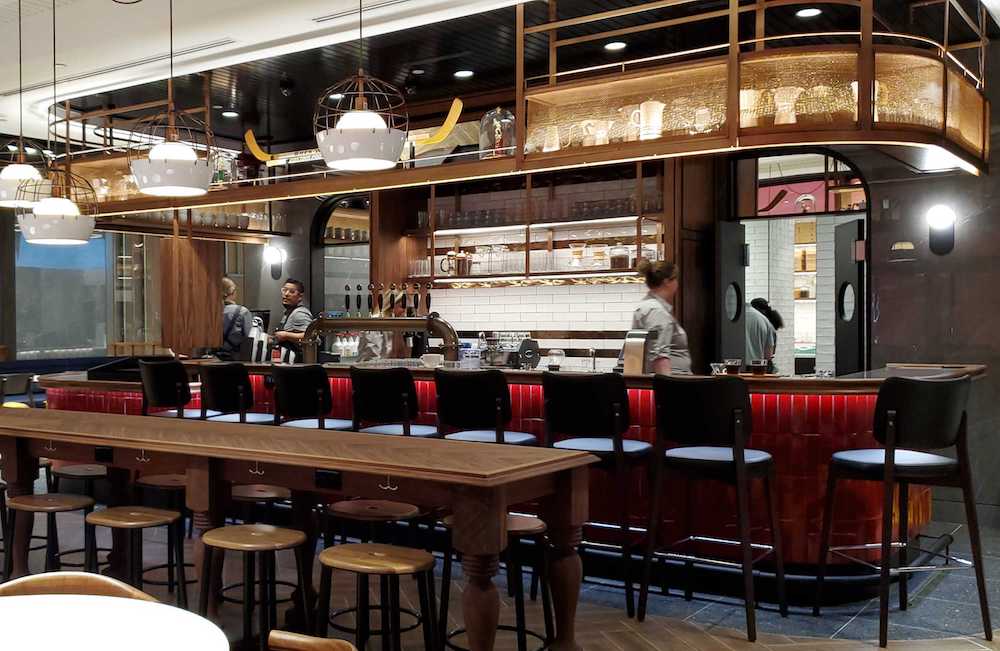 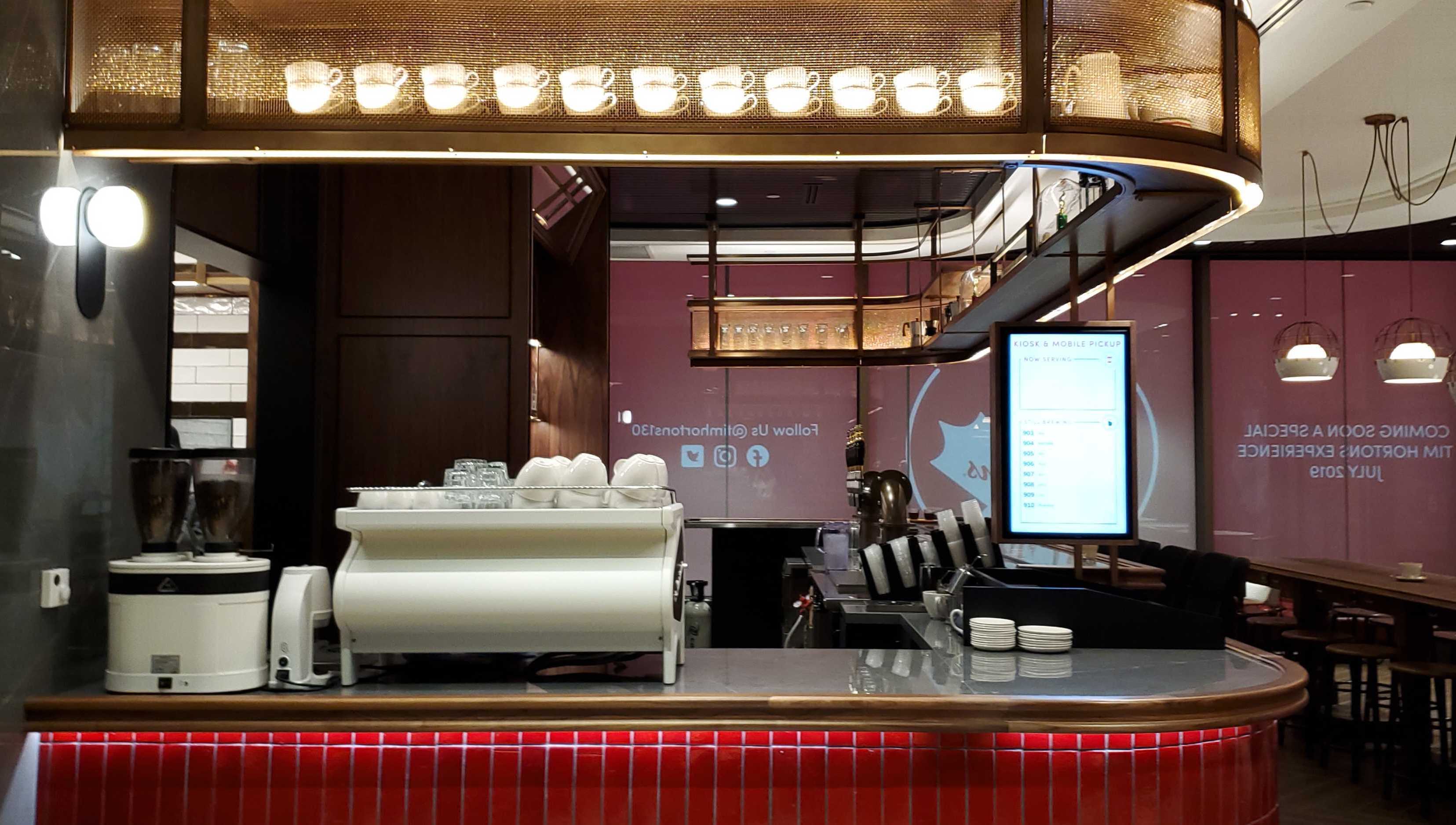 And one of the main attractions of the space is the coffee-oriented bar.

The options served up here include your classic double-double, but they also go way beyond it. We’re looking at a full-fledged menu that features nitro-infused cold brew, espresso-based beverages, pour-over, matcha lattes, and a wide range of milks and not-milks.

(Yes, they’ve got oat. They have almond, soy and skim, too.) 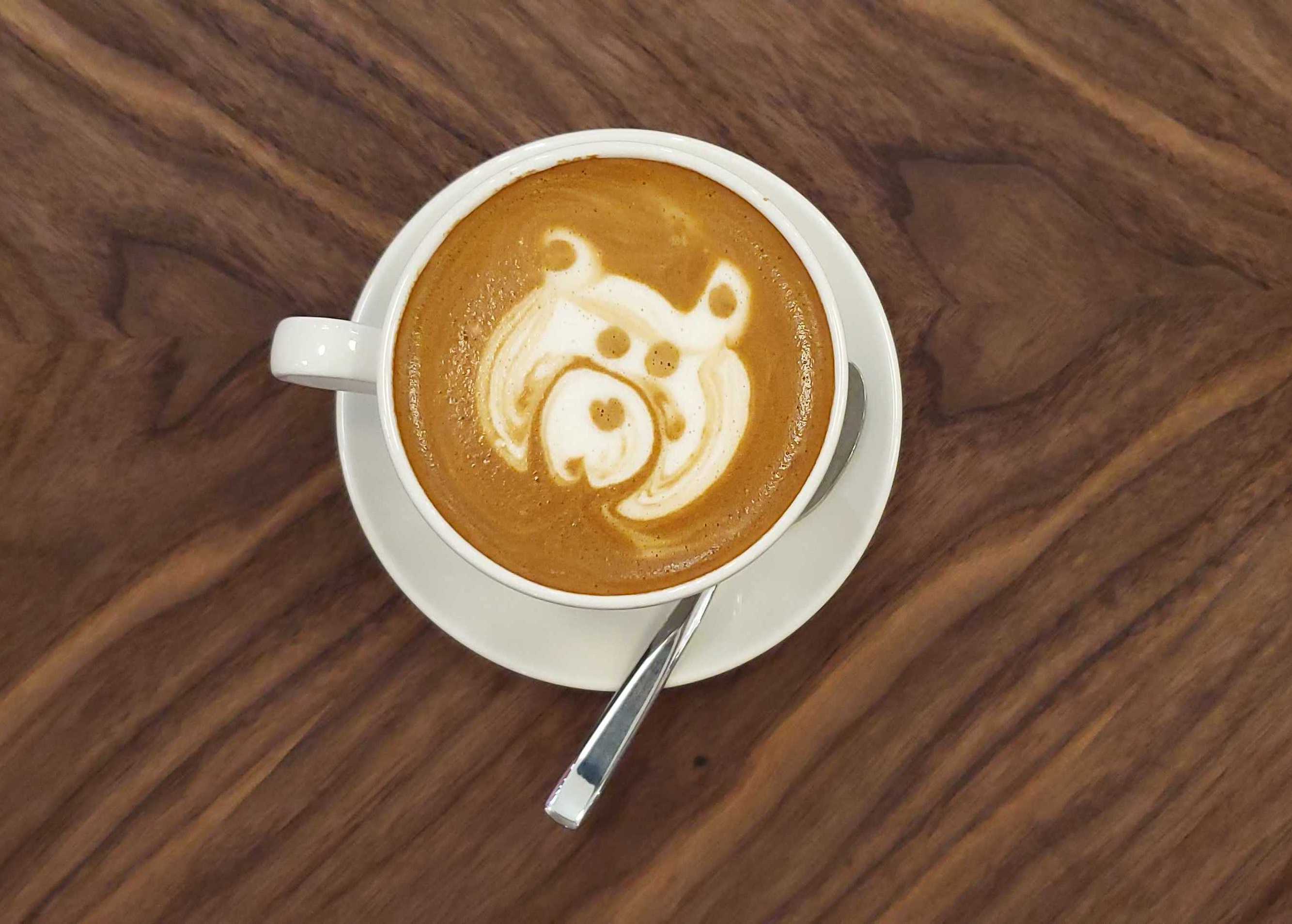 To pair with your drink(s) of choice, of course, you’ll need a snack.

The savoury options have been given an upgrade here, with sandwiches ranging from Tuscan Caprese to Montreal Smoked Meat or Bistro Roast Beef, and everything in between.

And to pair with sammies are new soups including Broccoli Cheese, Cream of Mushroom, Lobster Bisque, and more.

And the sweet bites in this display case are different from anything you’ve seen at Tims before. 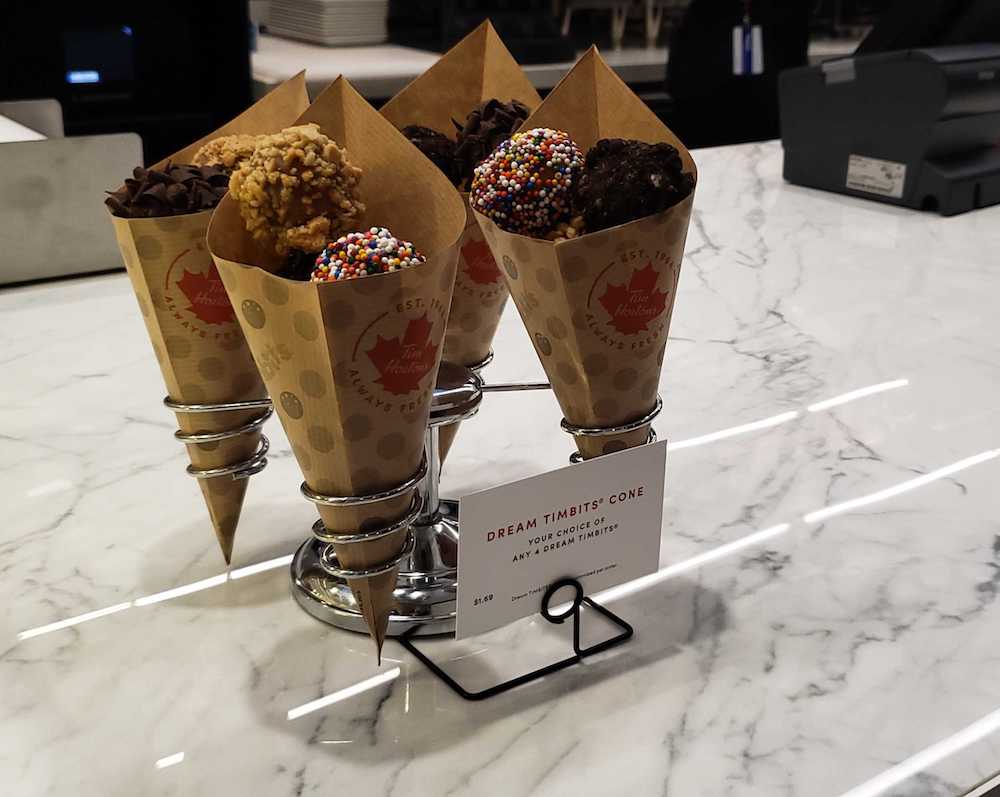 And while you can certainly always opt for a box of donuts, the eatery is offering a new way to present the sweet treats for celebratory purposes.

You can now order a “Dream Donut Tower,” which is a stack layered donuts, studded with fruits, Timbits and icing.

Eat your heart out, birthday cake. 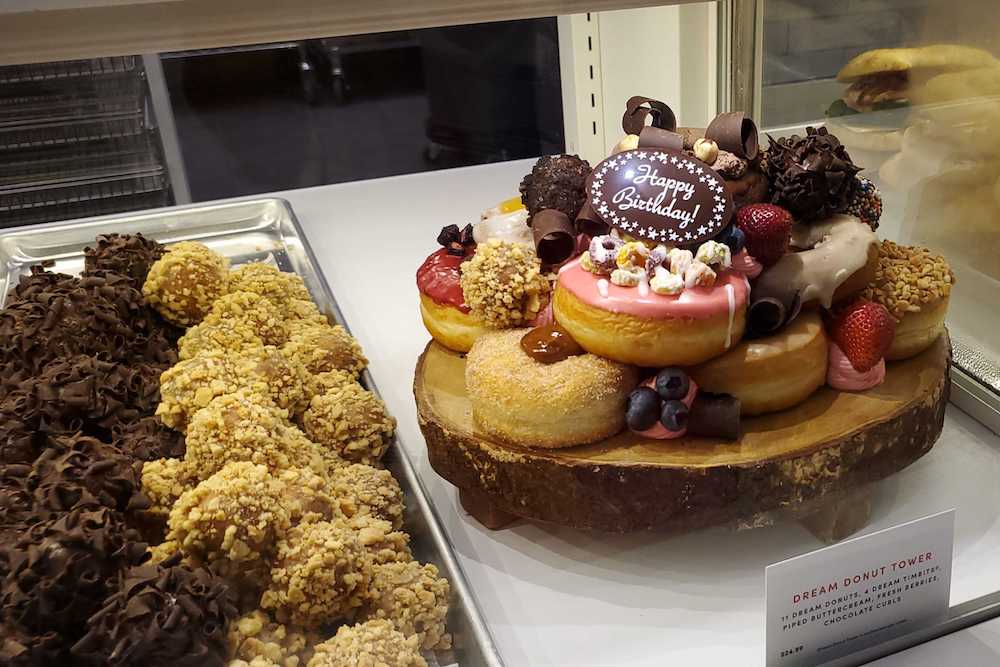 The first 300 guests to arrive at the new shop on opening day will receive a $10 Tim Hortons gift card, and there will be other prizes to be won throughout the day.

So while the poutine may not have gone over so well with you, and you might still be on the fence about burgers…

We’re willing to bet these new eats will be right up your alley. 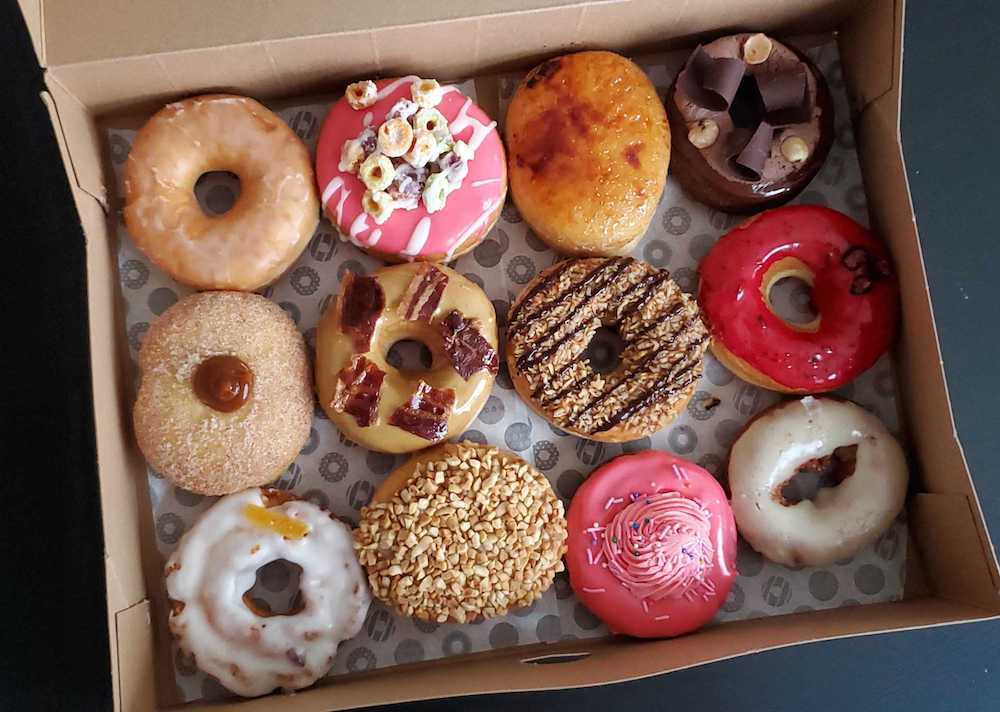