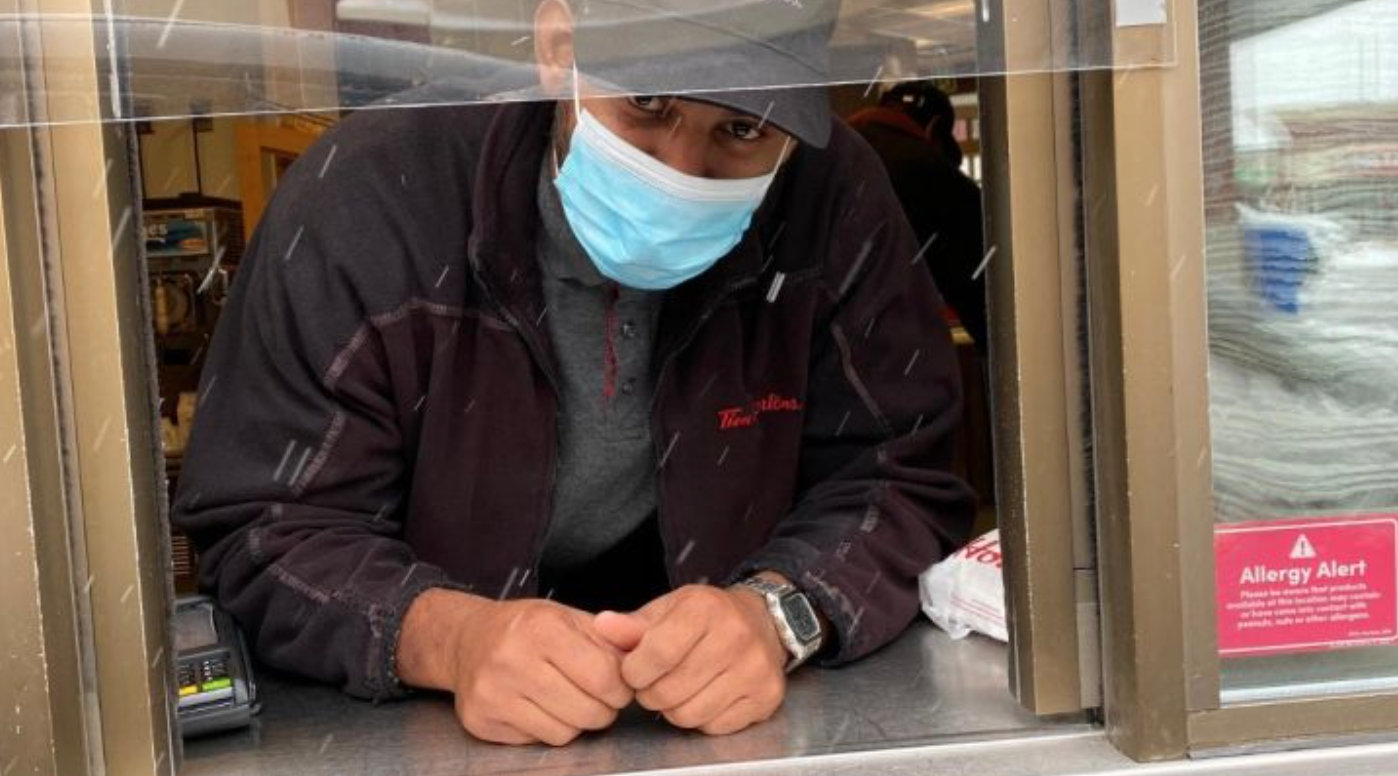 Donations are pouring in from across Canada for a cheery Tim Hortons drive-through attendant who left university over economic hardships.

Vishnu Gopansothilingan works for the franchise in Vaughan, Ontario and “is and always has been a ray of sunshine,” especially during such a time of uncertainty, according to the fundraiser “Vishnu the Tim Hortons happy fist bumper” organized by one of his regular customers.

When people pick up their order at the Bathurst and Rutherford location, they look forward to being greeted by Gopansothilingan’s happy energy.

“I, like many others look forward to my morning coffee, fist bump, huge smile, worldly quotes, weather reviews, silly jokes and the ‘have an amazing day.’ I know there are residents who actually go out of their way to hit up this Tim Hortons because of Vishnu,” writes Matthew Shulman.

While Gopansothilingan used to study IT at York University, he was forced to leave over financial constraints, says Shulman.

Shulman has organized a community fundraiser in hopes of doing something life-changing — raising the money he needs to complete university.

“Vishnu is much more than a guy in a mask working the Tim Hortons drive thru. He is am amazing human being. As a community let’s show him how much we care,” the fundraiser writes.

While initially the fundraiser hoped that local patrons would throw in a few bucks to reach the ambitious $10,000 goal, by Saturday night there was close to twice that raised — $19,523 — with money coming in from people across the nation.

“I don’t even go to Tim Hortons … and your story has touched me,” one donator wrote.

“Makes me smile that one person wanted to help you and then many did just because of your daily kindness.”

At the time of publication, 569 people had contributed to the university fund.