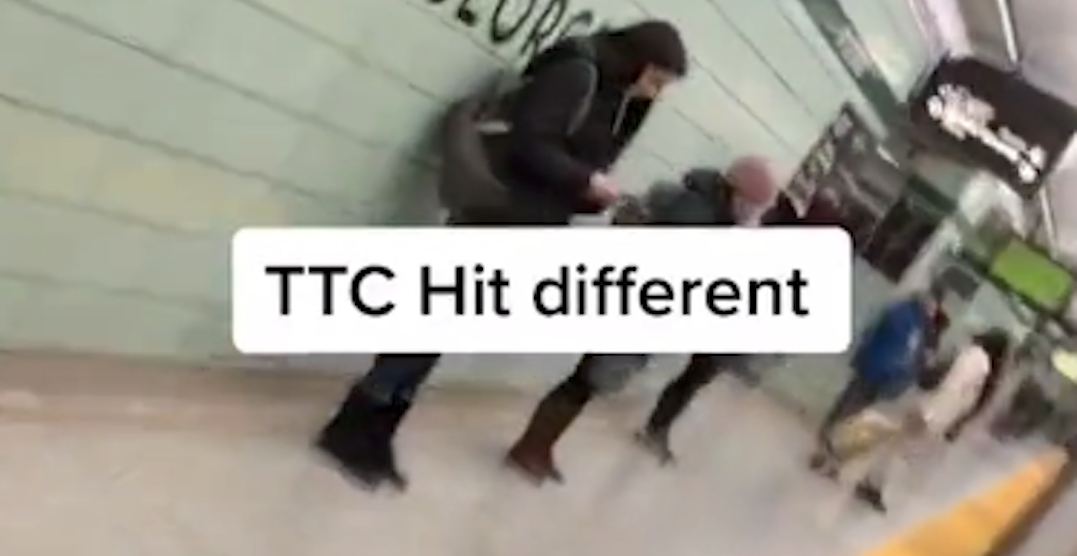 A video recently shared to TikTok shows someone riding the subway with their arm — and camera — out the window while the train is moving.

The clip, posted to the social media platform by user Paul K Kim, shows the subway passing through St. George Station while capturing the train’s platform moving swiftly below.

Piquing both curiosity and concern, the video left unanswered questions about where the door’s window was and how the user had managed to stick their arm out of the moving vehicle.

“This incident occurred on or around January 16 eastbound on a Line 2 train,” he told Daily Hive.

“It is our hope that people seeing something like this would report it to us immediately as it is a serious safety concern.”