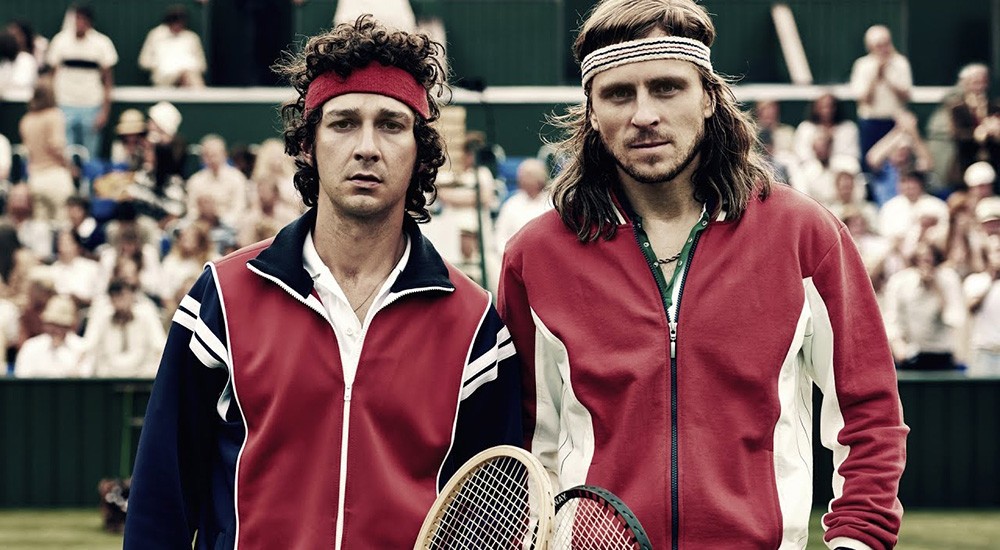 Anyone privy to the 1980 men’s singles final at Wimbledon will regard Borg/McEnroe among the greatest sports rivalries of all-time.

The match saw Swedish tennis legend Björn Borg match up against the American John McEnroe, who would be remembered as much for his on-court tantrums as for his 170 weeks spent as the world No. 1.

Their contrasting styles, a hostile crowd, the surrounding media flurry, and an insane 18–16 tiebreaker in the fourth set combined to make it one of the greatest spectacles in all of sports, a designation that stands to this day.

The drama of that occasion is captured by the Swedish biographical film Borg/McEnroe, which will see its world premiere at Roy Thomson Hall on September 7 for the Toronto International Film Festival’s Opening Gala.

“Borg/McEnroe has a powerful tension about it that is on par with the electric energy of Toronto on Opening Night,” said Piers Handling, Director and CEO of TIFF.

“The story of this nail-biter matchup changed the sport of tennis forever, and the outstanding performances from LaBeouf and Gudnason will be a spectacular way for Festival-goers to kick things off.”

That’s right, Shia LaBeouf will take on the role of an ’80s tennis hothead (McEnroe), while Sverrir Gudnason will play the cooler, more collected Borg.

There’s plenty more to say about the legendary duel, but we’ll keep this is spoiler-free zone.

The 42nd Toronto International Film Festival runs from September 7 to 17, 2017.