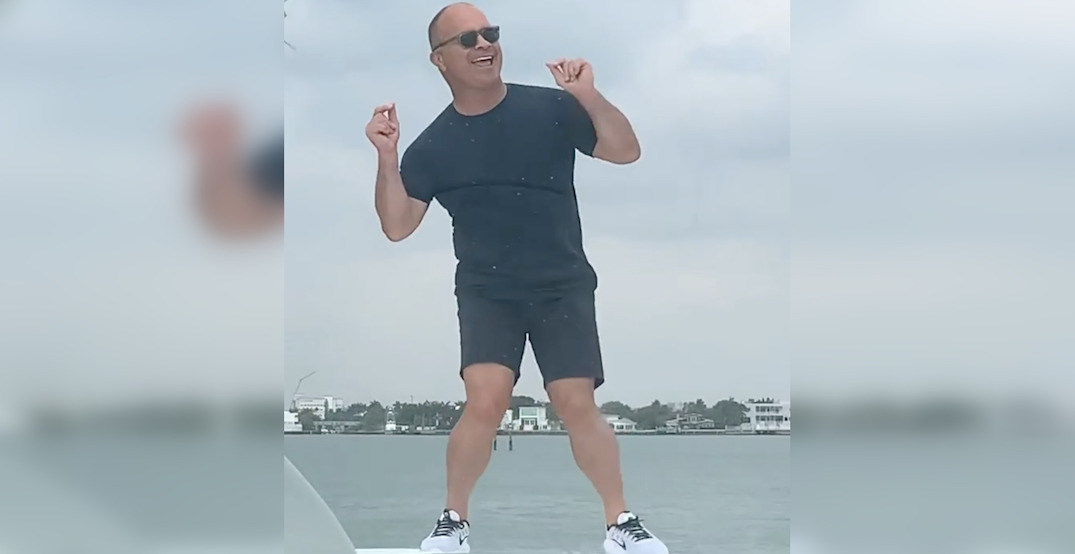 The 51-year-old former hockey player was best known for dropping the gloves with the Toronto Maple Leafs, Winnipeg Jets, and New York Rangers during his 1020-game NHL career.

Instead of bashing fists, on Sunday, Domi shared a video of him busting moves.

In honour of Drake’s 35th birthday, Domi shared a video of him hilariously dancing to “Toosie Slide” on a boat in Miami.

“This song lifted our spirits during the pandemic,” said Domi. “I thought I would share the dancing skills I learned.”

Drake has since commented on the video, telling Domi: “I love you brother.”

Take it away, Tie: