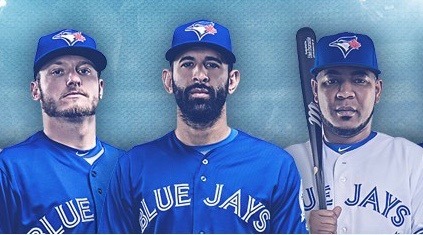 The Blue Jays sure are making things hard on themselves.

Lat night, with the chance to be up three games on Baltimore for the first Wild Card spot in the American League they blew a 2-1 lead in the top of the ninth. They’re now sitting just one game up on Baltimore with four games left on their schedule.

They play Baltimore again tonight, and then head to Boston to face the Red Sox for the final three games of the season. And the Red Sox, in case you haven’t been following along, are the best team in the American League. So ya, there’s absolutely no guarantee the Jays even make it into the playoffs, let alone host the one-game Wild Card.

BUT, if they can manage to pull themselves together and finish in the top wild card spot by the end of the weekend, they will be hosting a one-game Wild Card playoff game at the Rogers Centre.

And it will be insane.

So if you’re looking to be a part of the action, we suggest you get on buying a ticket faster than an Osuna fastball, ’cause these are going to sell out before the end of the day.

And don’t worry, if they don’t make it into the playoffs or end up playing away from home you’ll get your money back.

You can buy your tickets here.