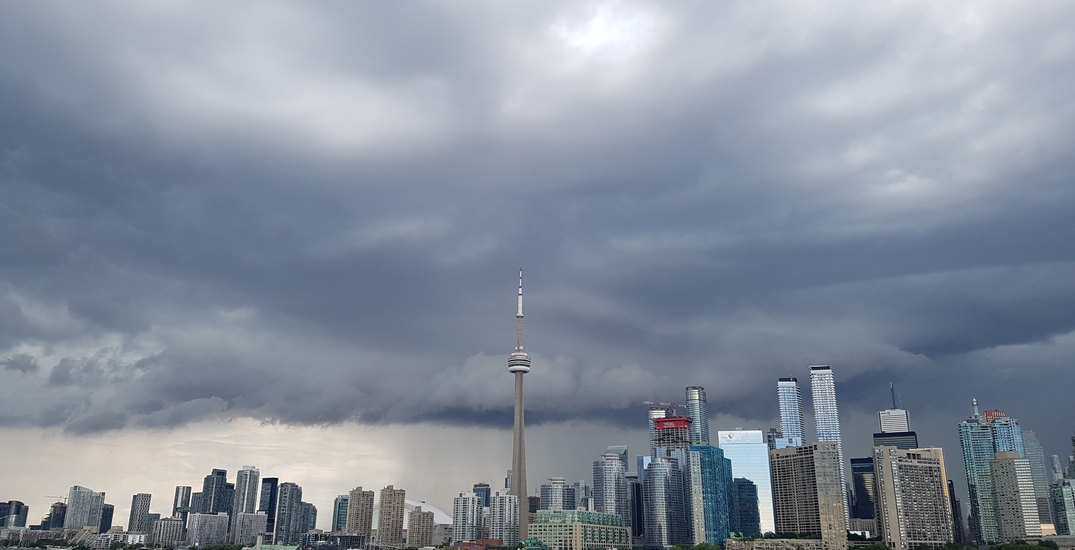 Severe thunderstorms are expected to hit parts of southern Ontario on Tuesday, and it looks like Toronto is included.

According to The Weather Network, a warm front hovering over southern Ontario will allow instability to build throughout the day on Tuesday. You’ll want to keep an eye on the weather as severe thunderstorms make their way to the GTA.

The city could see some thunderous action at around 5 pm, lasting for a short while before it picks up again at around 9 pm and into the overnight hours.

According to Environment Canada, a tornado watch is also in effect for regions north of the GTA, such as Barrie.

It can potentially bring large hail up to the size of a ping pong ball and wind gusts up to 120 km/h.