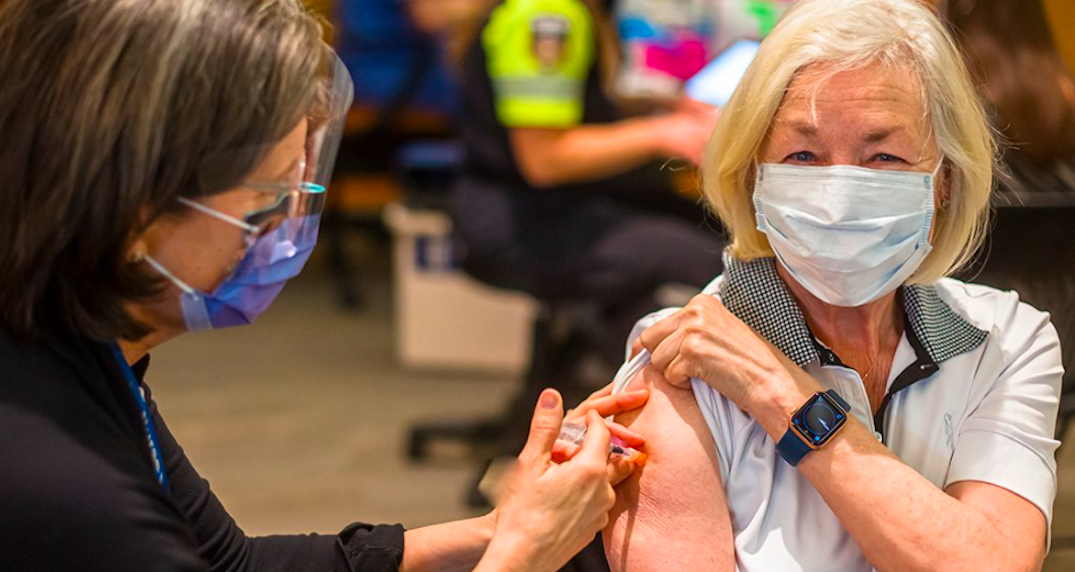 Mayor John Tory announced that three Toronto COVID-19 vaccination sites are set to open next week for those 80 years and older as more vaccines become available.

During a press conference on Monday, Tory said that with Ontario’s vaccine rollout, there are enough COVID-19 vaccine doses coming next week, allowing some of the City’s “mega-sites” to open two weeks earlier than scheduled.

On March 17, Metro Convention Centre, Toronto Congress Centre, and Scarborough Town Centre will open, running seven days a week from 11 am to 8 pm.

Fire Chief Matthew Pegg noted that the hours could be expanded to 24 hours as more doses become available and distribution ramp-up takes place.

While the province will not have their online booking system until March 15 for individuals 80 and older, Toronto has an interim booking process for the three clinics. It’s important to note that walk-in and standby appointments are not available.

He added that the other six city-run clinics will be open in the coming weeks and are in an “advanced state of readiness.”

The city has plans in place to increase the number of vaccines that can be administered monthly from 500,000 to approximately 975,000 based on to vaccine availability.

In discussion with the province, it was confirmed that 350 additional clinics would be made available, with 49 operated by hospitals, 46 operated by community health centres, and 249 clinics operated by pharmacies to ensure vaccines are widely available across Toronto.

There are nine city-run clinics, which are:

The clinics were strategically picked for their location and the size of the building.

Once operational, the clinics can administer up to 120,000 vaccinations per week, run seven days of the week with a team of 1,400+ staff supporting and operating the clinics.