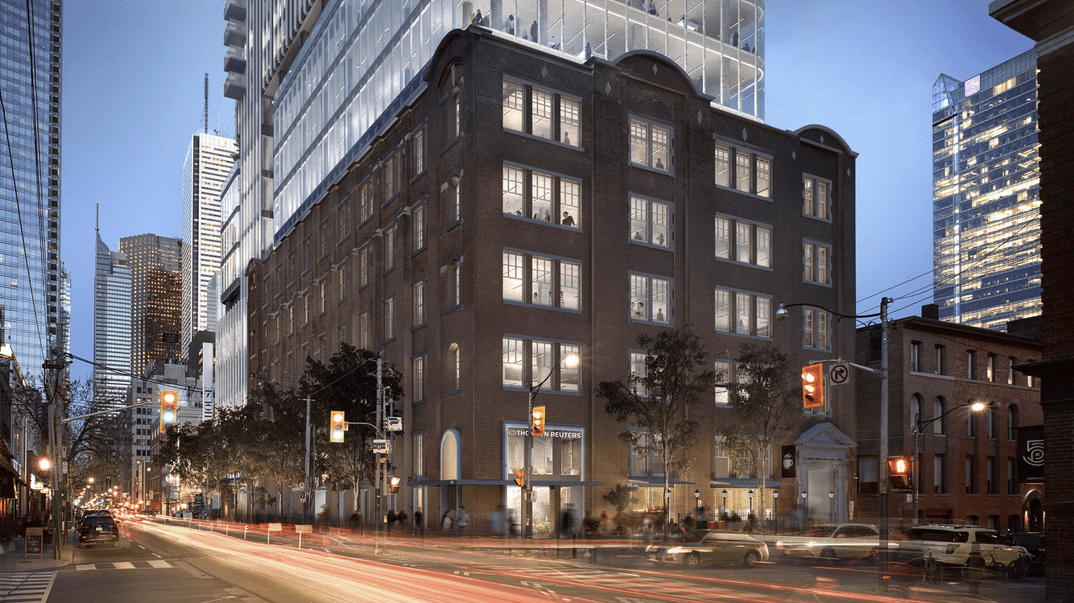 There’s a massive tech expansion happening in Toronto’s Entertainment District. A year after launching the Thomson Reuters Technology Centre, the company has announced more than a $100 million US expansion for a long-term facility and a 12-year lease.

The new site for the expansion will be Duncan House at 19 Duncan Street, and the Centre, expected to open in early 2021, will accommodate up to 1,500 employees.

“This investment is indicative of how much potential we believe exists in the area and the leadership role we want to play in Canada,” said Jim Smith, president and chief executive officer, Thomson Reuters, in a statement. “Once fully staffed, the Centre will house one of Canada’s largest technology hubs dedicated to developing the next generation of products and capabilities for our global customers.”

Last October, the company announced the opening of a tech centre in Toronto. It has since been temporarily located in Bremner Tower, and the work there focuses on using cloud computing, big data analytics and machine learning (AI) to create better, faster, more intuitive and more secure solutions for customers, according to the company.

“Our team operates as a catalyst for our global network of technologists working to provide our customers with the information, expertise and software they need,” said Shawn Malhotra, vice president, Thomson Reuters Technology Centre. “This building will allow us to bring together our growing team in a collaborative work environment, in a prime spot rooted firmly in the culture and creativity of downtown Toronto.” 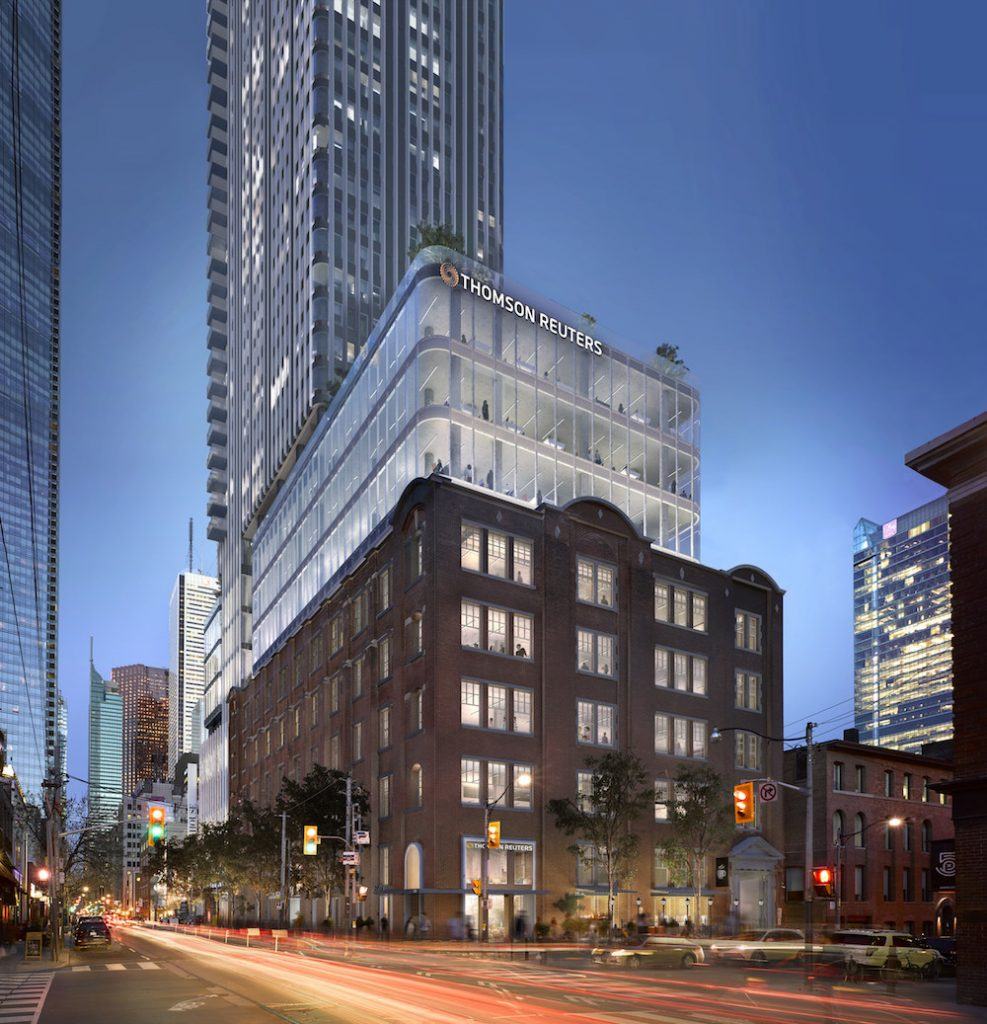 And prime spot it is. At the corner of Adelaide Street West and Duncan Street, Duncan House will be a 10-story LEED Gold building that integrates the heritage structure of the building. The new offices will have a collaborative workplace environment to promote employee health and wellbeing.

And since no tech centre is complete without amenities, the Duncan Street offices will include a café, health club, bicycle room, and on-site concierge services.