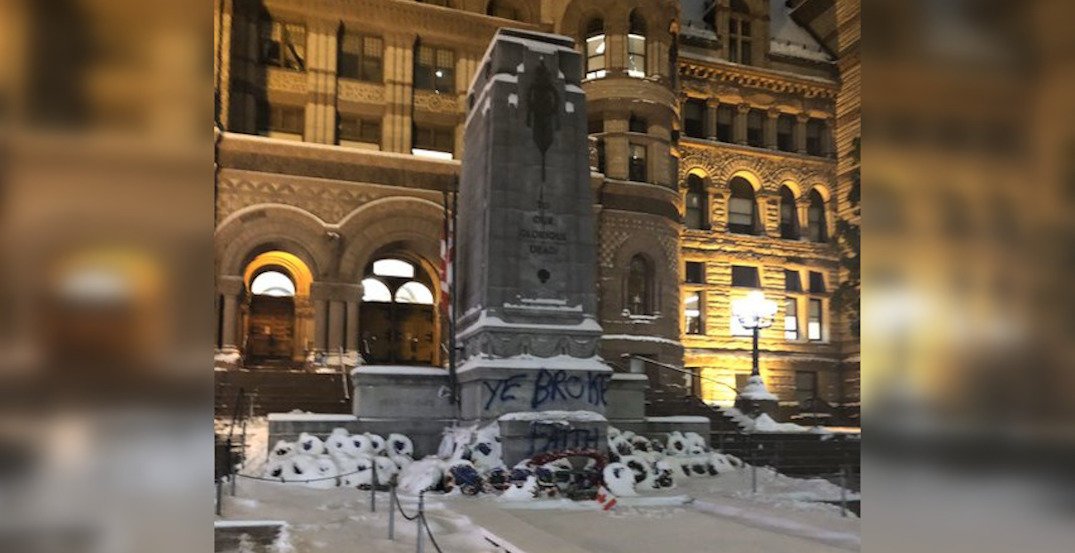 A 33-year-old man from Toronto has been arrested after the cenotaph at Old City Hall was vandalized earlier this week.

On Tuesday, November 12, at approximately 7:20 am, police say the cenotaph was vandalized with an apparent reference to the poem In Flanders Fields, written by John McCrae.

From photos shared on social media, you can see that someone spray-painted the words “Ye Broke Faith” on the front of the cenotaph.

No excuse for this crap. Shameful. https://t.co/1EaNHt6JOg

On Friday, police announced they had arrested 33-year-old Thomas Christian Zaugg of Toronto in connection to the incident.

He is expected to appear in court at Old City Hall on Friday morning.