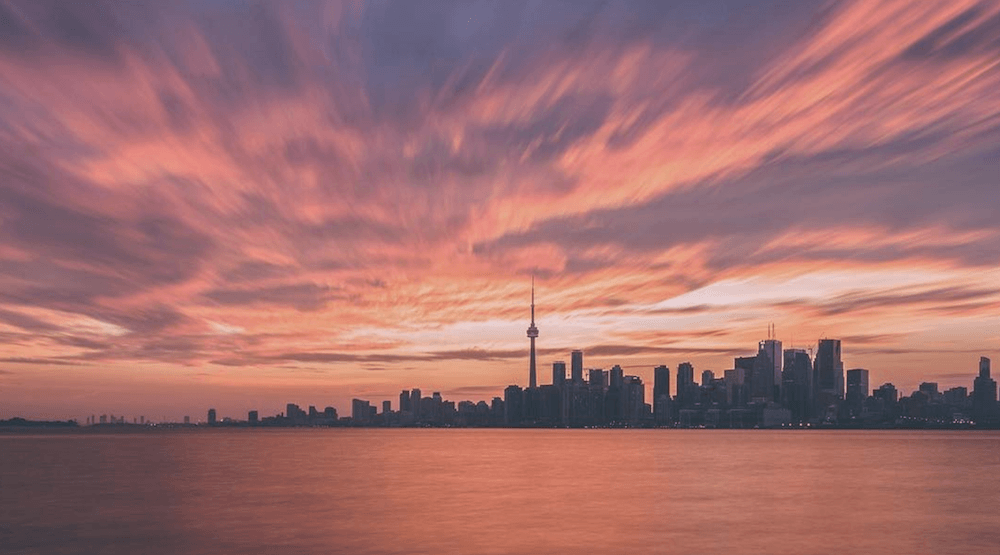 The weekend starts a little chilly, but things will heat up by Saturday. And we’re a week away from a long weekend!

So kick back, and enjoy the days, Toronto! And don’t forget the lunar eclipse!

Relive the best of Rachel, Chandler, Joey, Phoebe, Monica, and Ross: brush up on all the ups and downs of Ross & Rachel’s seasons-long romance; sort through the tangle of secret relationships, employment woes, and baby names; and, of course, revisit your favourite Marcel the Monkey moments.

Best known for playing the role of Detective James Carter opposite Jackie Chan in the Rush Hour film series, the hilarious comedian will be gracing the stage at Toronto’s Sony Centre.

Where: Sony Centre for the Performing Arts, 1 Front Street East
When: February 10 at 8 pm

An evening of glitz, glamour and cabaret! With unforgettable entertainment, Planet Mirth will offer a unique experience to all attendees! Raise a glass to help serve some of the most vulnerable in our community. All proceeds from the event will support Aurora House, a long-term transitional home for survivors of human trafficking.

Where: Lower Ossington Theatre, 100A Ossington Avenue
When: February 10 to 12

Where: Steamwhistle Brewery, 255 Bremner Blvd
When: February 11 at 11 am

Check out the Canadian Women’s Hockey League, playing an all-star game this weekend.

For two whole days, but only two whole days, Torontonians can gain free admission to the Aga Khan Museum. The Aga Khan Museum has one of the most famous collections of Islamic art in the world, and is surrounding by gorgeously designed grounds. There will also be pop-up performances by local musicians. With entry being free, it’s an affordable way to your cultural fix.

The delectable Dita Von Teese is in Toronto for her biggest tour yet. The Art of the Teese tour sees Dita performing some of her favorite – and never before seen – acts in a striptease spectacular that features costumes from some of the world’s most famous designers.

Where: Queen Elizabeth Theatre, 10 Princes Boulevard
When: February 11 at 7:30 pm

Head down and revel in the amazing poetry courtesy the eight finalist poets who will be competing to make the 2017 Toronto Poetry Slam Team!

Join the Toronto Zoo for a delicious evening of food and fun as we learn the fine art of romance as observed in the animal kingdom. The Valentine’s Program includes a romantically inspired dinner, special animal encounter, an interactive group presentation, and a glimpse of the future Reproductive Labs led by the Reproductive Specialist Team.

Art & Wine with Your Valentine

Make it a valentine to remember, with art! Check out the Paint Lounge for some painting and wine for you and your loved one.

Beer Mine? A Night of Brew-Mance

Get hopped on loooove while enjoying soulful beats and smooth brews. Live acoustic music until 9 pm, then soul/funk late night.

Originally done in an acidic palette of oranges and teals, perhaps more suited to something directed by big-budget mavens like Michael Bay, this edition burns it down to a slick monochrome to give audiences a completely different experience.

The most prestigious ballet gala in the world, this performance is the first of its kind and a celebration of Classical Ballet Masterpieces. It will be performed by the world’s most accomplished artists from Paris Opera Ballet, Royal Ballet of London, The Bolshoi of Russia, The National Ballet of Canada, Rome Opera Ballet, American Ballet Theatre, Royal Danish Ballet and San Francisco Ballet.

Where: Phoenix Concert Theatre, 410 Sherbourne Street
When: February 11 at 7 pm

Music, hot chocolate, and friends! Check out this skate party at Monarch Park.

The GTA Swing Band and Lindy Hop Revolution are returning to The Great Hall’s Main Hall for another great themed live music and dance Sunday Fun Day in honour of Valentine’s Day. Get ready to dance, dance, dance on West Queen West.

Grammy’s Screening at the Drake

After being active in the music industry for years, Sampha is finally releasing his debut album Process next month. The South London native was first featured on SBTRKT’s album, and has since worked with everyone from Drake to Kanye. He’s in town for two back-to-back shows this month.