Considering Toronto is one of the most expensive cities to rent an apartment in Canada, it should come as no surprise that many of Toronto’s younger residents are turning to SeekingArrangement’s Sugar Daddy’s for extra support.

And it just so happens that SeekingArrangement, the world’s largest Sugar Daddy dating site, has revealed the neighbourhoods in Toronto with the largest concentrations of Sugar Daddies.

The downtown Entertainment District has the most Sugar Daddies in Canada, with a total of 301. Outside the metro area, Willowdale follows with 179 Sugar Daddies, while Yorkdale has 133.

For a look at the full list, read below. 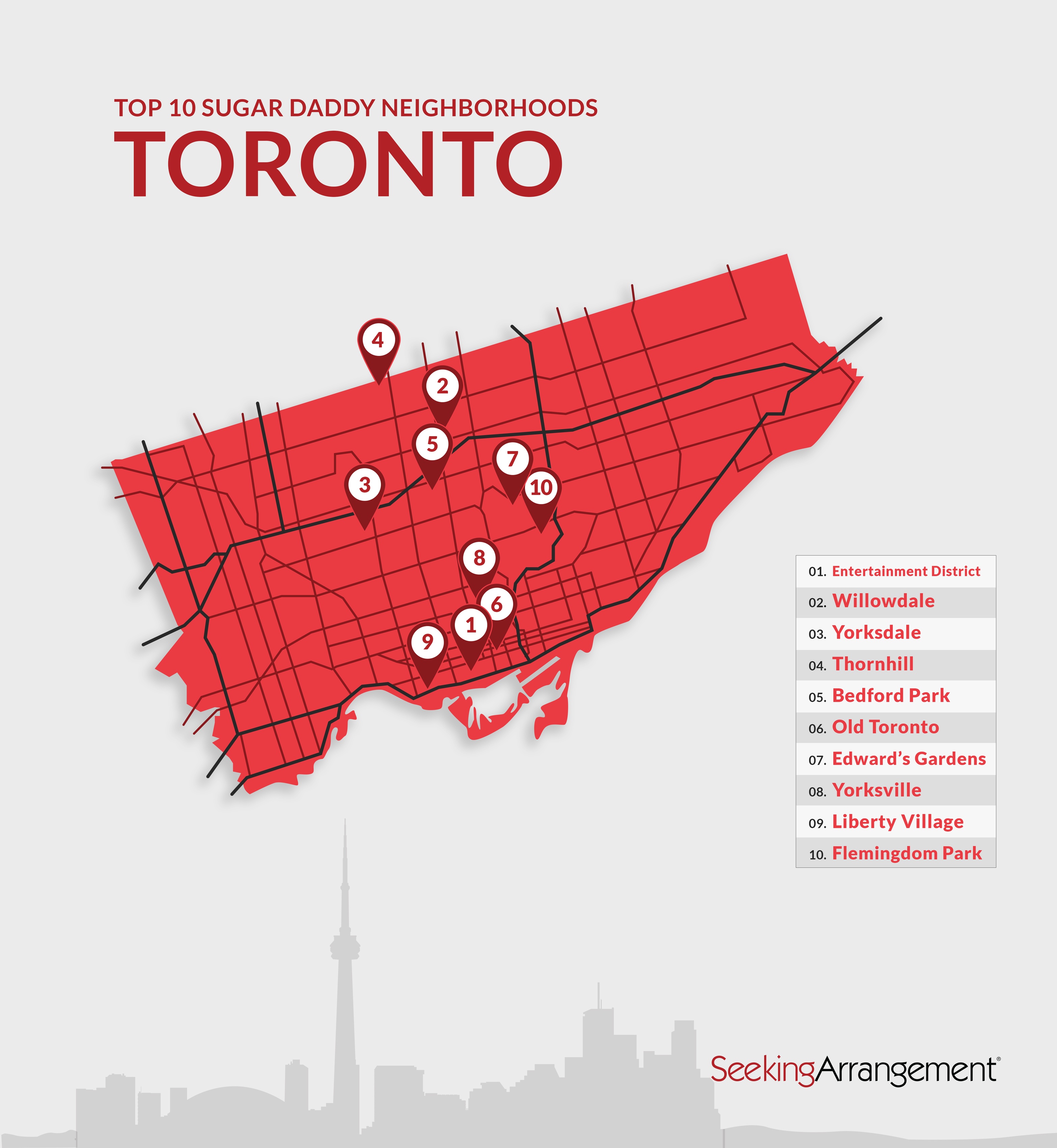 Additionally, a previous report from SeekingArrangement revealed that the Toronto Sugar Babies use the website as a way to fund their university education.

And topping the list is the University of Toronto, which comes in first place for the most enrolled Sugar Babies, followed by York University.

The University of Waterloo, McGill University in Montreal, and Carleton are the third, fourth, and fifth, respectively.