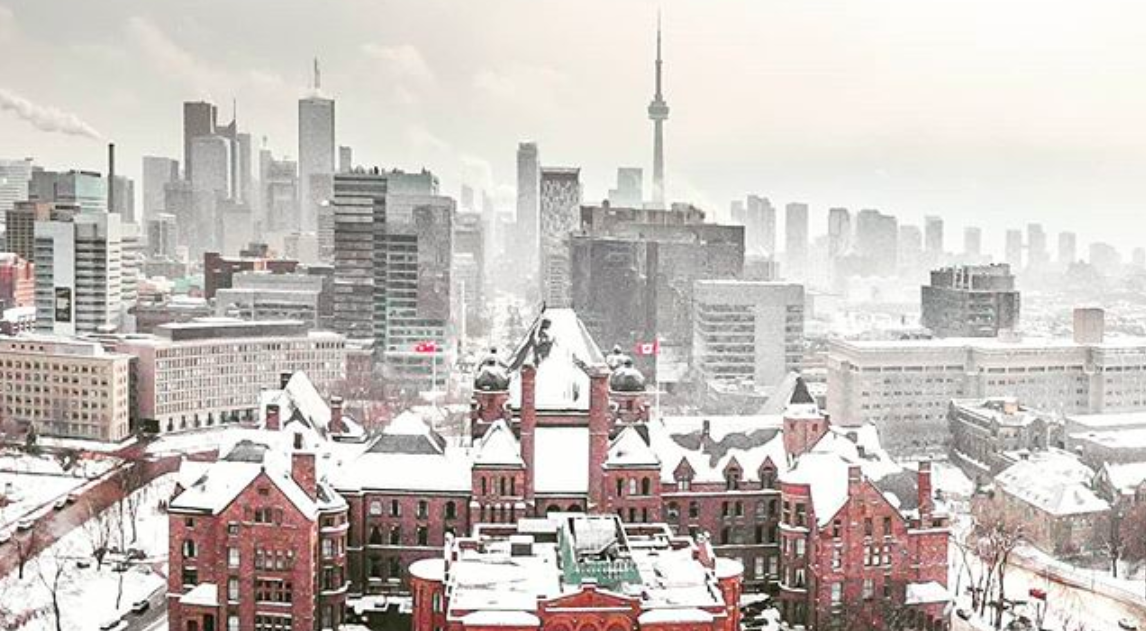 As we start off the short week, we can’t help but dream of the long weekend ahead.

And long weekend planning means looking at the weather pattern, and seeing if it’s patio appropriate yet.

According to the Weather Network, Toronto will see all sorts of temperatures this week.

While it will be warmer for a few days, the forecast is expected to dip to near freezing by the weekend.

“After days of below seasonal temperatures and a noticeable brisk wind chill, a much more spring-like system will move through the region bringing both double digit daytime highs as well as significant rain and even wet snow for some,” says The Weather Network. “Also looking at a potential snow threat for the Easter long weekend.”

April showers will kick off our week, with lots of rain expected in Southern Ontario on Tuesday. 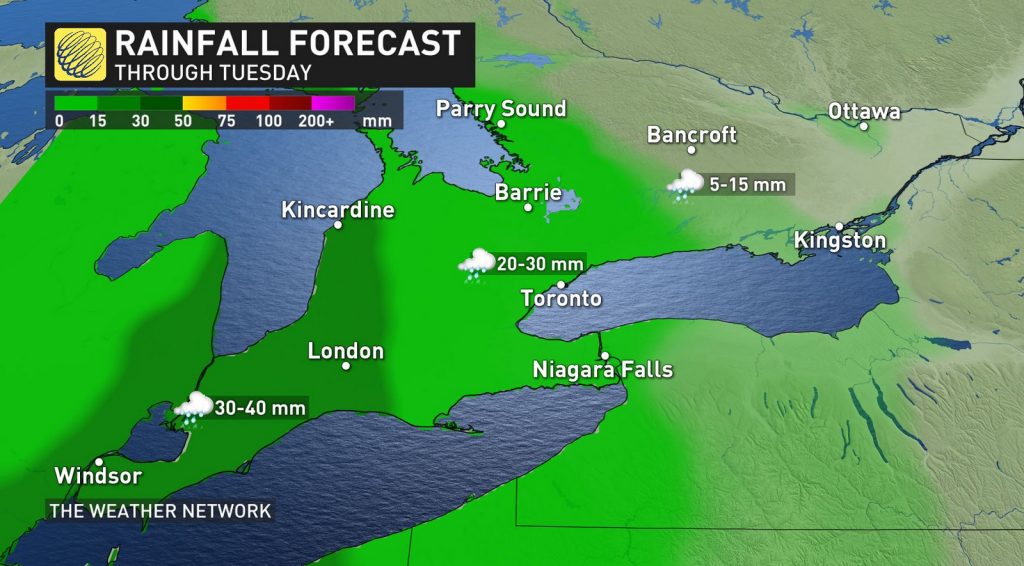 But the good news is, according to The Weather Network, while temperatures remain on the cooler side Tuesday due to thick cloud cover, most of the rain should be over by Wednesday morning, allowing for the return of warm temperatures and even double digit highs.

The forecast calls for clear skies and 12°C on Wednesday. Mid week patio drink, anyone?

“Double digits temperatures will be most widespread on Thursday with many places reaching into the lower and even mid teens,” said The Weather Network meteorologist Dr. Doug Gillham. “However, the warm-up will not last very long. A second system will track across the region on Friday, and at the same time colder weather will also be returning to the Great Lakes region.” 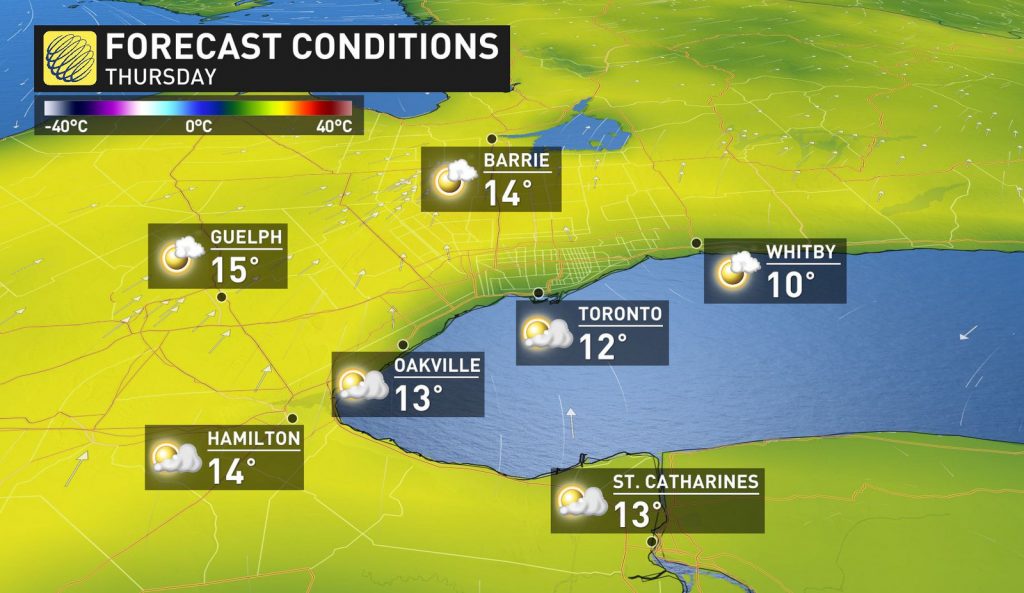 Unfortunately, by the Easter long weekend, forecasters are looking at an active pattern unfolding for the region.

“Cold weather attempts to spread back into the region, but the exact timing and track of each system is still very uncertain and that will have a large impact on the weather that we experience from Friday through Monday,” Gillham said.

Through the system, Toronto will see rain, wet snow, and some sunshine.

The Weather Network is also calling for a “White Easter” for some areas in Southern Ontario, where  a significant amount of snow is expected. Toronto should only see a couple of cms, with the highest accumulation forecasted on Tuesday. 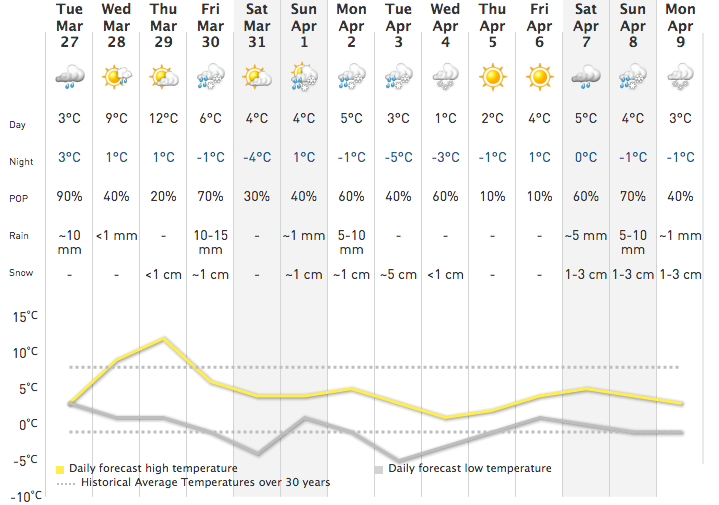 “The chilly and active pattern during early April gives us the threat for at least one more significant snowfall before warmer spring weather sets in,” Gillham said. “The timing for the pattern change is uncertain (most likely during late April) but any persistent warmth is unlikely during the first half of April.”

Toronto’s average snowfall in April is around 5 cm, and looks like we may exceed it it the first few days.

But hey, at least there’s a long weekend coming, right?