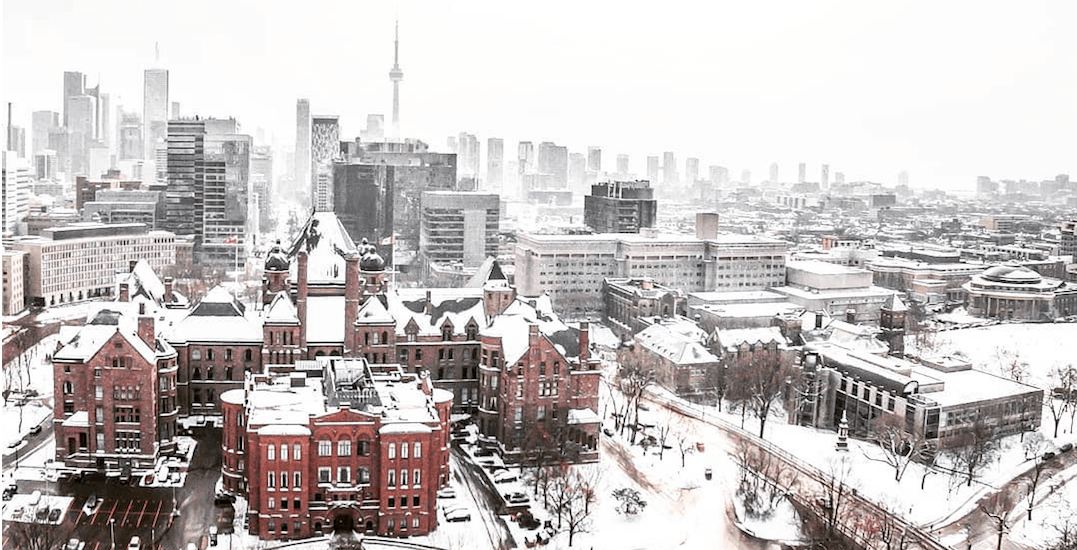 The sun is shining, it’s not freezing, and those days on the patio seem almost within reach.

But let’s be real – this is Toronto. Spring has its own rules here, and The Weather Network is proving that.

After a mild end to winter it looks like the cold weather is returning in a few weeks.

The Weather Network is forecasting milder conditions this week, with temperatures below seasonal averages for this time of year.

“It’s the breezy northeast winds that will keep the southern Great Lakes below seasonal, but clear,” said Weather Network meteorologist Kevin MacKay. “The strongest winds gusting to 60 km/h will be near Lake Erie with gusts between 30-40 km/h for much of the Greater Toronto Area.”

And while a large system is expected to pass south of the boarder soon, for now, it looks like we’re missing the majority of that snow.

“Our weather will remain dry through the end of the week with abundant sunshine mixing with clouds at times,” said Dr. Doug Gillham, for The Weather Network. “The active storm track will remain well to our south and this will keep the impacts from the late winter storm well south of the border.”

The storm will bring northern air flow towards southern Ontario, reinforcing the cold and keeping the temperatures lower than normal for this time of year.

And as we move towards April, cold weather will continue to dominate. 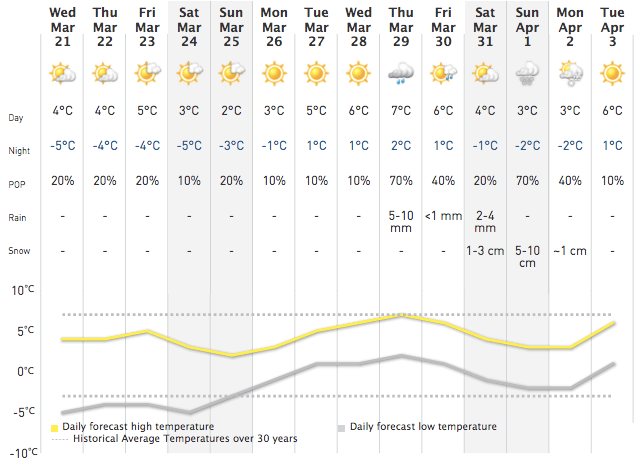 “The middle of next week has the potential to bring a few days of milder (and wet) weather,” said Gillham. “However, the warm-up looks to be short lived with another significant round of cold weather expected as we head towards April 1, and colder than normal weather is expected to dominate the first half of April.”

So once again, Mother Nature missed the Toronto spring memo.

Better keep those shovels out, might need them in a few weeks.