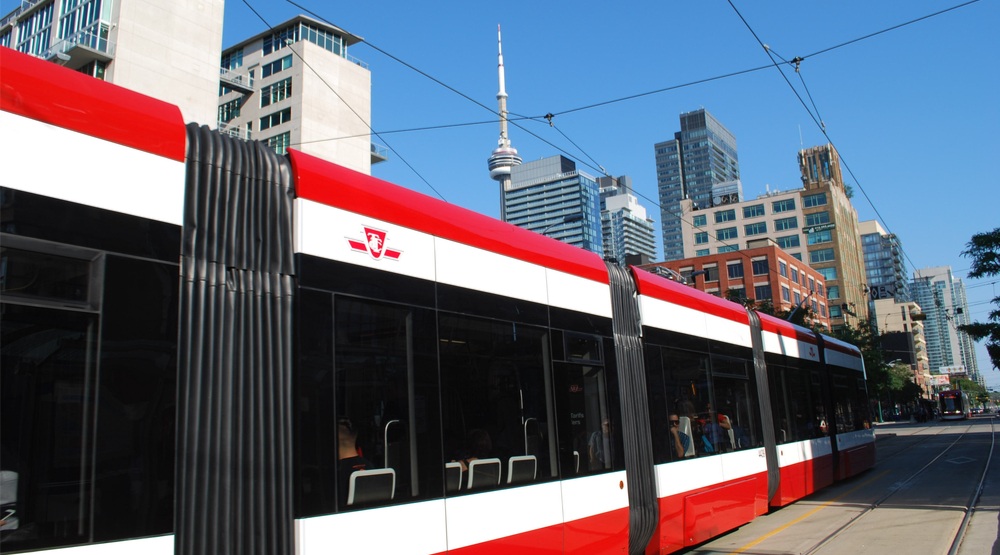 The TTC Way is the new way, or so hopes the transit agency.

The TTC has launched a new campaign to renew its commitment to customers, employees and community partners through a set of six objectives that will guide improved service.

In partnership with Bridgeable, a world leader in Service Design, the TTC says it has brought together groups of customers and employees to create The TTC Way.

“The future of the TTC depends on all of us working together in new ways,” said TTC Chair Josh Colle in a release. “The TTC Way is a sign of that commitment to working with our customers, partners and communities to take transit in Toronto to the next level. It’s our commitment to customers and ourselves.”

Over the next week, the campaign will appear on the TTC that shares the six values of The TTC Way:

“Be sure to check out The TTC Way,” tweeted Mayor John Tory. “The TTC is renewing its commitment to customers, employees and community partners with The TTC Way, a set of six objectives that will guide improved service.” 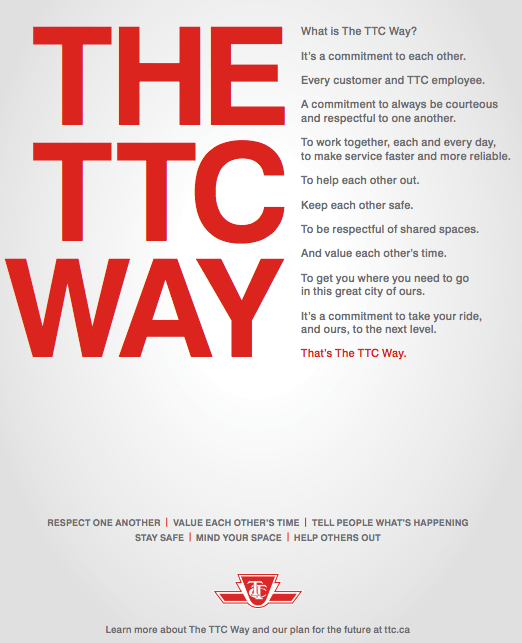 For some transit users, the new campaign doesn’t solve any of the TTC’s actual problems, like last week’s overcrowding.

How about just getting people to work on time

Start issuing the TTC fines for negligence when it comes to mechanical failures and track issues.

And of course, there are those who differ on what the TTC actually stands for, whether or not they commit to customer service.

TTC stands for Take The Car…. haven’t been on it in years..