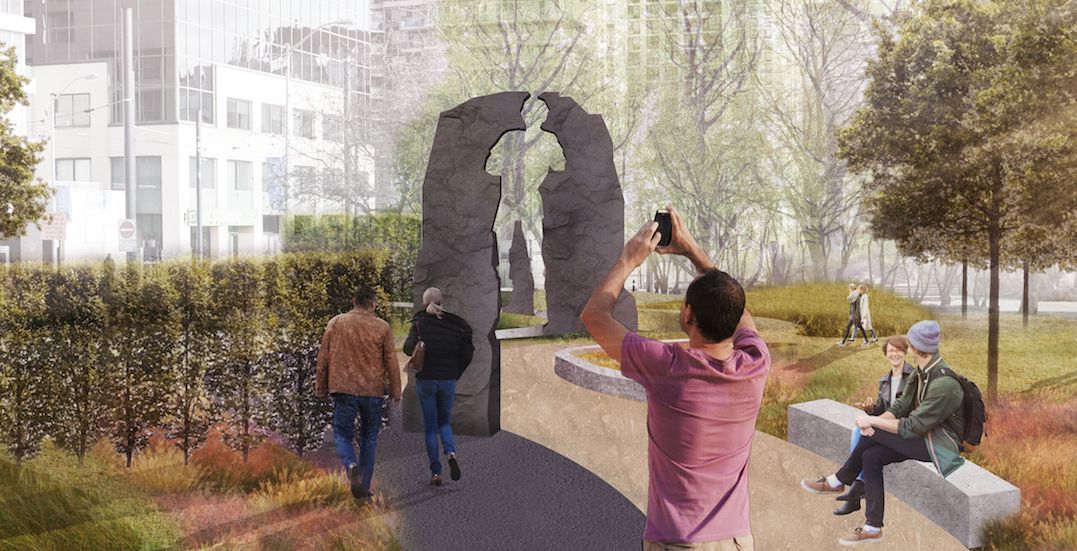 Thirty-nine years ago, Terry Fox embarked on his Marathon of Hope, aiming to run across Canada to raise money for cancer research.

Designed by Jon Sasaki and DTAH, ‘We Are Shaped by the Obstacles We Face’ invites waterfront visitors along a curving, landscaped path that is obscured by one-storey-high sculpted granites labs.

When viewed from the installation’s west end, they will come together to create the iconic silhouette of Fox, mid-stride.

“The granite sculptures act as an optical illusion inviting pedestrians to consider obstacles as opportunities,” Sasaki said, in a press release.

“The design strives to convey Terry Fox’s legacy in an experiential way, to inspire people to keep pushing forward and to recognize all that can be achieved with a collective perspective.” 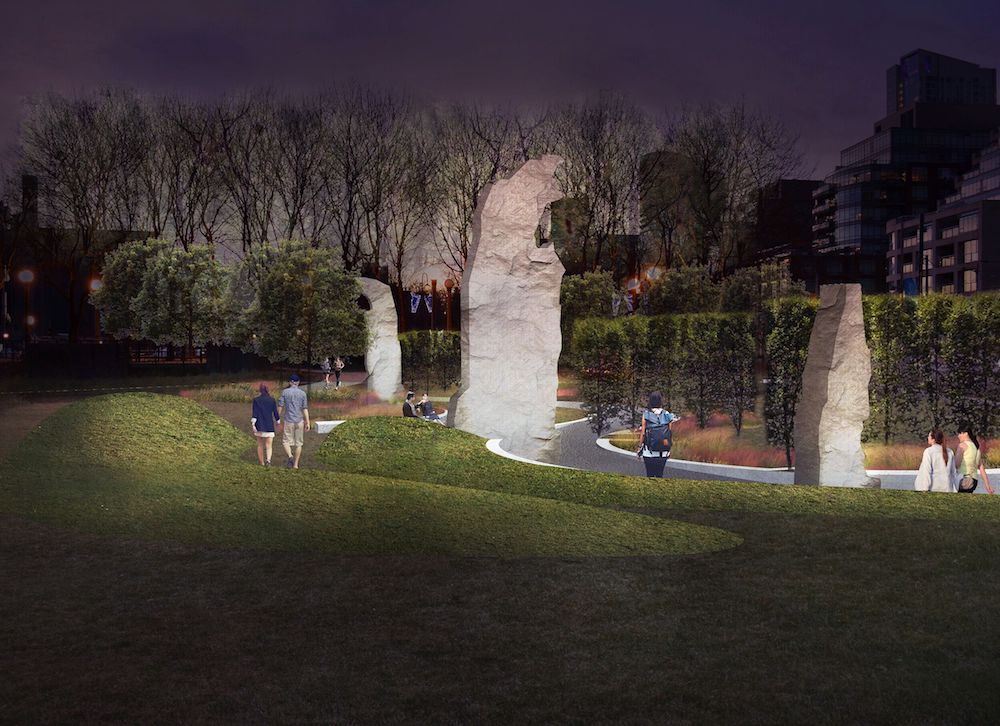 The tribute, which is called the Legacy Art Project, will be located at 439 Queens Quay, next to the Toronto Music Garden, just steps away from Fox’s Marathon of Hope route through Toronto.

Isadore Sharp, founder and chairman of Four Seasons Hotels and Resorts and founder of the Terry Fox Run, pledged his personal support for this tribute to Terry which “would become a Toronto landmark, both a place for reflection and a catalyst for future fundraising, so that Terry’s goal of finding a cure for cancer can be achieved.”

Sharp added, “His fight became our fight and a lasting tribute to Terry is a reminder to us all to never back down in the face of adversity.”