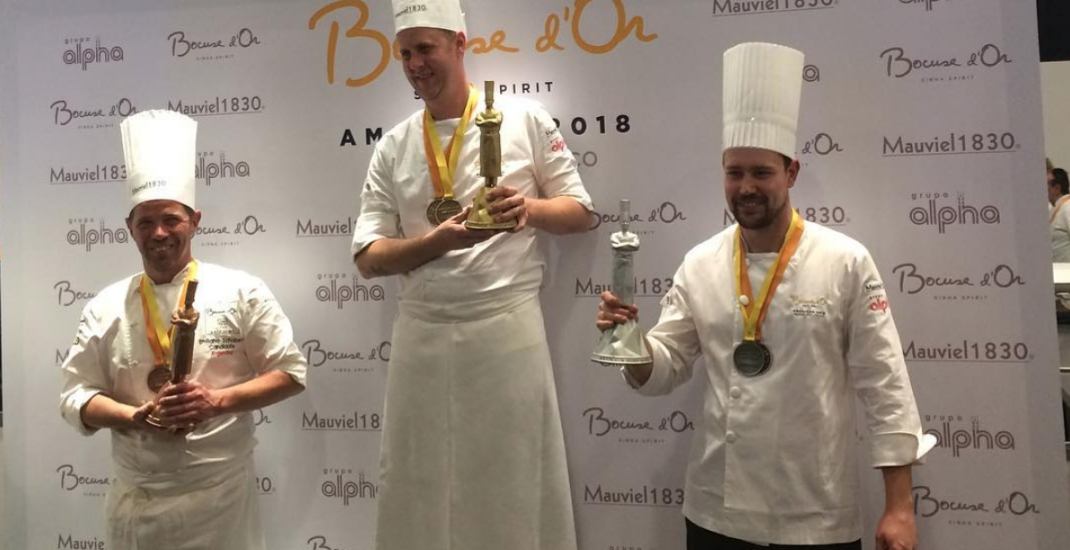 After winning silver in an intense five-and-a-half-hour culinary battle against a dozen participating countries, the Canadian team will now move on to the world final held in Lyon, France, in January 2019. There they will face off against 23 of the best chefs on the planet.

“It was an epic meal prep,” shares Ritchie in a press release. “The competition was fierce but I’m proud of our performance as a team. It was important to qualify because Canada always had a presence in Lyon since Jamie Kennedy in 1987. I’m super excited to get back to work! The next six months will be intense as we need to create two new dishes as well as a new platter to set us apart in France amongst the best of the best.”

Le Bocuse d’Or, first founded in 1987 by legendary French chefs, Paul Bocuse and Albert Romain, has become a renowned competition featuring “the crème-de-la-crème of world chefs,” and aims to “bring the greatest chefs out from behind closed doors and onto the world stage.”