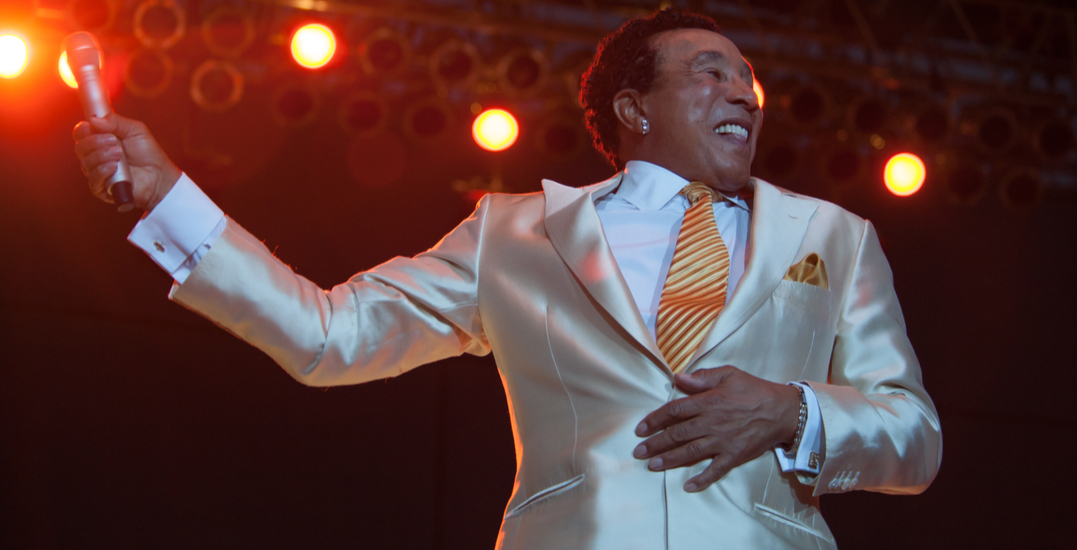 The TD Toronto Jazz Festival is returning to Toronto this June, and it’s going to be a smooth 10 days of jams.

Showcasing the very best in jazz from Toronto, across the country, and around the world, the concert series is back for its 34th year. This time, it’ll run from June 18 to 28.

Motown legend Smokey Robinson will be taking the stage throughout the series, as will David Crosby — one of music’s most enduring figures.

Gregory Porter, Femi Kuti, The Roots, Trombone Shorty, Barbra Lica, UK export Shabaka & The Ancestors, and internationally-renowned fado singer, Ana Moura, are all also on the docket. Further, musical genius Herbie Hancock will round out the season with an 80th birthday celebration in early September.

Officially opening up the festival on June 18 at The Danforth Music Hall will be two-time Rock and Roll Hall of Famer David Crosby. Tickets for that show are now available online.

Smokey Robinson’s show is second in the series, slated for June 22 at Meridian Hall. Once described by Bob Dylan as “America’s greatest living poet,” the iconic artist has more than 4,000 songs to his credit and a 50-year storied career. Tickets for his performance are available online now.

And to peek into the more distant future, Herbie Hancock’s birthday celebration will extend the season a little longer — his special performance will run at Meridian Hall on September 3. You can snag tickets to see the visionary and architect in the post-bop sound here.

The festival’s run will also offer up the first-ever partnership between Live Nation and the TD Toronto Jazz Festival: a special presentation of The Roots and Trombone Shorty & Orleans Avenue on Saturday, June 27 at Budweiser Stage.

And beyond these select highlights, there will be so many more musicians to bask in the talents of, whether you’re hitting up The Opera House, Horseshoe Tavern, or anywhere in between. Here’s a look at what’s to come:

When: June 18 to 28; July 2; September 3
Where: Venues across Toronto
Tickets: Available online