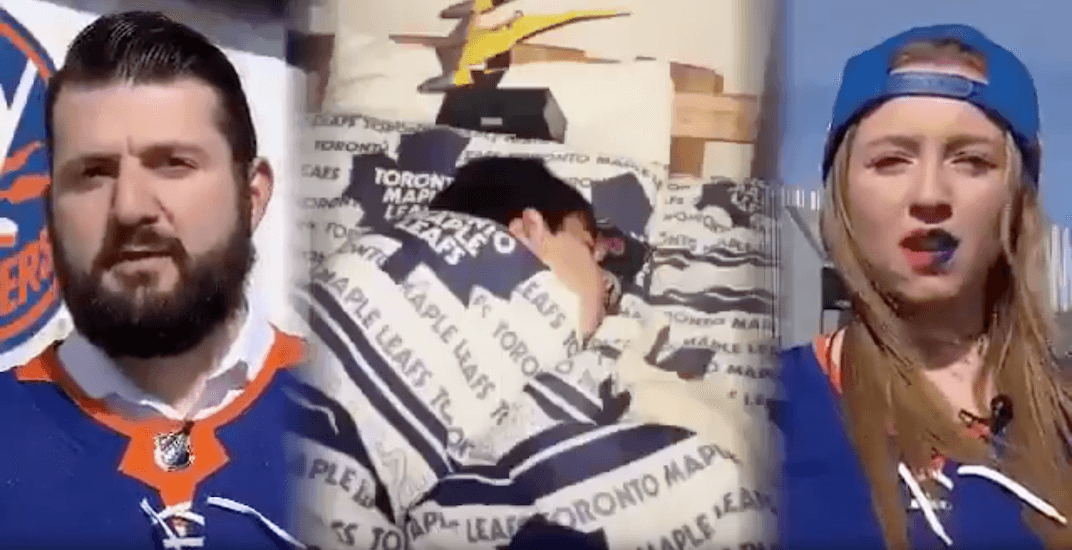 While the team has seemingly moved on, sitting in first place in the Metropolitan Division with a 36-19-7 record, New York Islanders fans are still feeling salty about the way John Tavares left their team.

Signing with the Toronto Maple Leafs in the offseason, Tavares invoked his right to leave in free agency.

And really, who can blame him?

After nine seasons which saw him appear in a grand total of just 24 playoff games, Tavares wanted to win.

Sure, the Islanders were a team on the rise, but that’s been the case forever. Had they earned his trust?

So he left. It’s part of the business.

That’s why this video, which ran on New York television in advance of Tavares’ return to Long Island on Thursday, is so embarrassing.

“You were not just only the Islanders’ captain, you were the fans’ captain too,” said another fan, fighting back tears.

They called him a traitor, a snake, and “pyjama boy.”

Spare us the ridiculous attempt to pull at heartstrings.

This is the same fanbase that welcomed Alexei Yashin to town, after the Senators captain left town during a contractual dispute. Same thing with Buffalo’s captain, Mike Peca.

It’s the NHL. Tavares was a great Islander, but he wanted to accomplish bigger and better things.