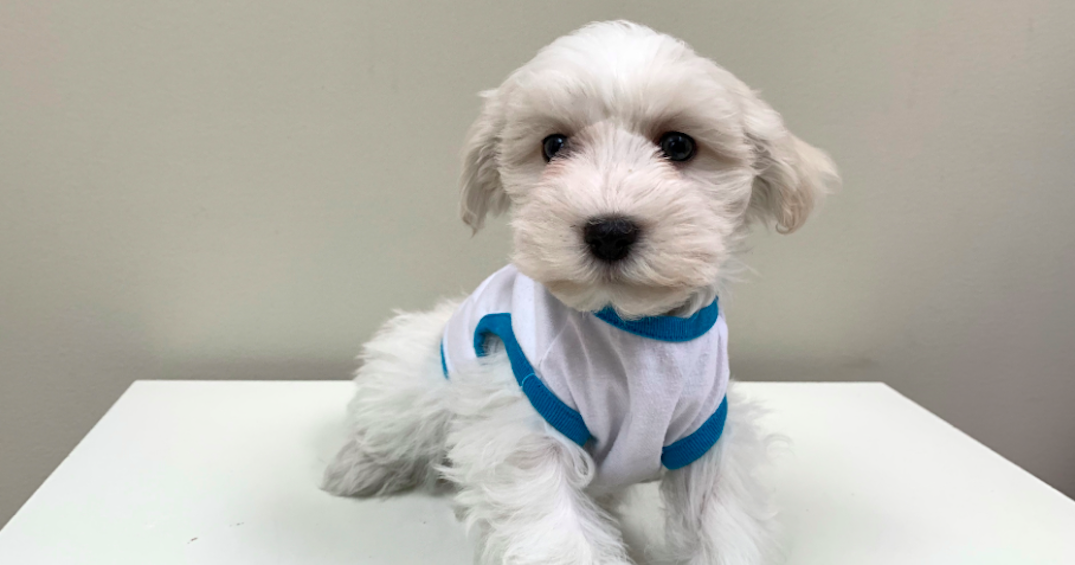 Two police departments in the GTA are solving similar cases: the theft or attempted theft of puppies.

The York Regional Investigators are seeking two suspects following the attempted theft of a puppy from a commuter parking lot in the Township of King.

According to police, on November 18 at approximately 4 pm, officers were called to a commuter parking lot at Highway 400 and Highway 9 to report attempted theft.

When they arrived on the scene, they found the victim, a 54-year-old female from the City of Barrie and her puppy, who were not injured.

Investigators learned that the victim had advertised two puppies for sale online, arranging to meet potential buyers in the commuter lot.

After one of the puppies was sold without difficulty, two men approached the victim, driving an older white Honda Civic model.

It was then reported that one of the men assaulted the victim, grabbed the puppy, who was in a carrier and attempted to flee. The victim chased the suspects, who eventually threw the puppy out the window of the vehicle and drove away.

Both of the suspects are described as males of a South Asian background. One appeared to be 20-years-old, 5’8″ and wearing green track pants.

Similarly, on Wednesday, at approximately 5:00 pm, Peel Regional Police say a man met with two other men near his residence in the area of Lakeshore Road West and Lorne Park Road in the City of Mississauga to sell a puppy.

According to the police, as the victim approached with two puppies to begin the transaction, one of the men “brandished a black handgun and demanded one of the puppies.”

“Out of fear, the victim complied and surrendered the male puppy to the men who then fled the area. The victim was not physically injured during the encounter,” the release said.

Police report that the first suspect is described as a young Black male, late teens to early twenties, slim build, 5’10” wearing green sweatpants and Balenciaga shoes. He was also in possession of the black handgun.

The second suspect is described as a young Black male, also in his late teens to early twenties, slightly taller than the other suspect (around 6’), wearing a dark grey hooded sweatshirt, police noted.

Any witnesses are asked to contact the police departments with any information.