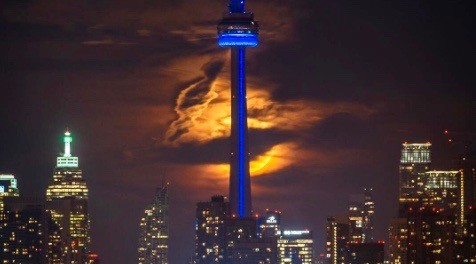 It wasn’t over. It still isn’t over.

If you thought that you missed the supermoon on Sunday night, you clearly haven’t been paying attention. Because despite the fact that the moon did manage to put on a spectacular show to end the weekend, it didn’t actually reach its peak until Monday morning at 8:52 am.

Which means that last night’s moon was just an imperceptible shade off of super.

Now, there were some clouds that decided to get in the way (don’t they always, Joni), but some of last night’s results were easily on the same level as Sunday’s main show.

And here are the pictures to prove it: