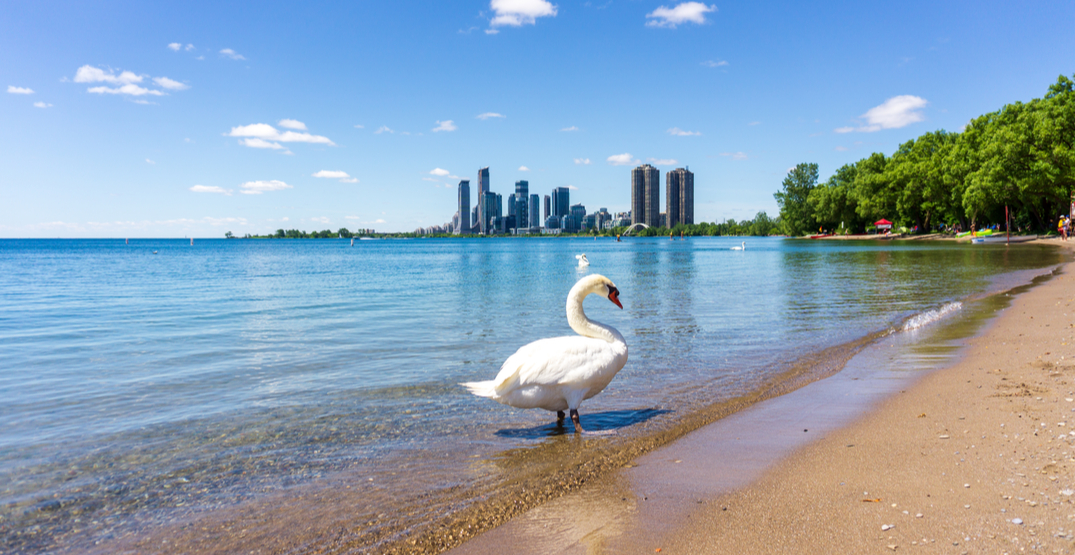 Despite Torontonians looking for a way to cool this long weekend, one of the city’s beaches has been marked unsafe, as testing has found high levels of E. coli.

Sunnyside Beach, found south of Lakeshore Boulevard, was shown to have increased levels of E. coli bacteria, and have been determined to be unsafe for swimming.

According to the city, Lake Ontario is experiencing record high water levels, this combined with the heat, are prime conditions for the formation of bacterial.

The city’s website shows normal E. coli levels ranging between 10 and 76. Sunnyside Beach’s reading is at 90, exceeding the limit.

While levels have been declining over the past week, Sunnyside has been marked unsafe since July 8. 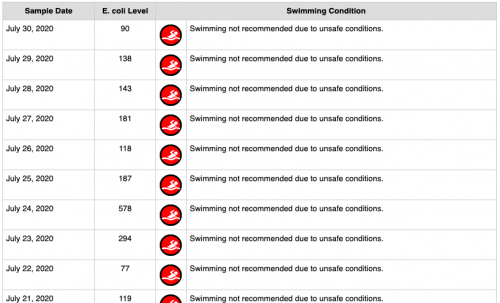 From June to Labour Day, the City of Toronto takes daily water samples from all 11 supervised beaches across the city and tests for E. coli bacteria. When E. coli levels are high Toronto Public Health posts warning signs against swimming

The city is also reminding Torontonians that while we’ve made it to Stage 3, distancing and parking rules are in full force.

“The City has seen a significant increase in the number of people at Toronto beaches late into the evening who are not practising physical distancing, or who are setting up DJ equipment, lighting bonfires, setting off fireworks, drinking excessively and leaving large amounts of litter behind,” the city said in a release. “As COVID-19 continues to circulate in the community, residents visiting a beach or park must practise physical distancing and avoid crowding.”

As a result, bylaw officers, and Toronto police and fire will be on the beaches to make sure the rules are being obeyed.