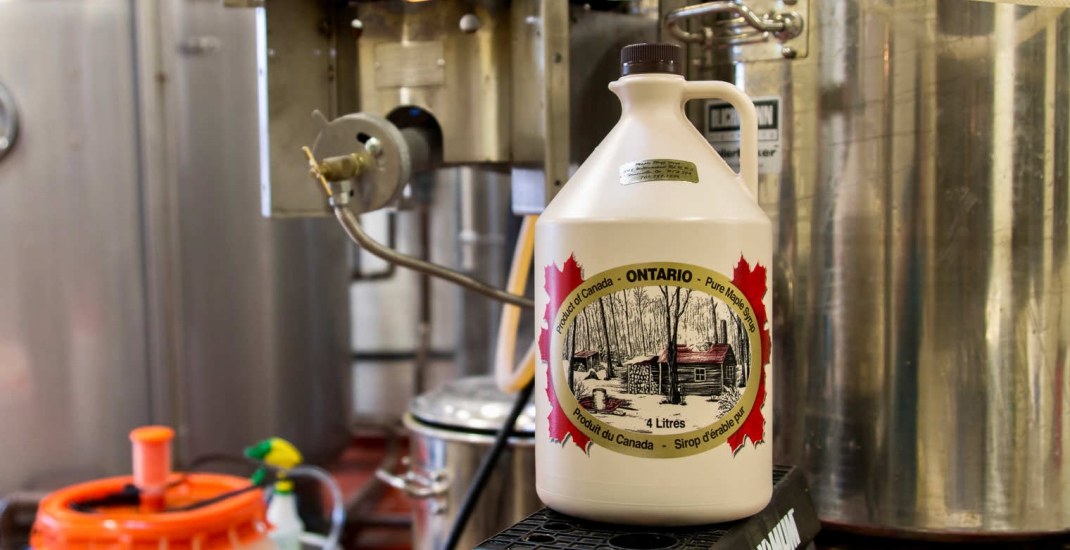 The collaboration brew released just in time for Ontario’s maple harvest is the Pancake Breakfast Specialty Maple Ale – billed as “a toasted golden brown ale that is inspired by a perfectly flipped pancake.”

Available on tap (and like maple sap, pouring only for a limited time) at Lake of Bays Brewing Company, Muskoka Brewery, Sawdust City Brewing Company and Clear Lake Brewing Co., look forward to enjoying pints in their taprooms and trying some free samples!

The new maple brew is being offered in part of the Muskoka Maple Trail which is on now until April 20 and features a collection of “30+ maple must-dos in Muskoka.”

According to a blog post from Sawdust City Brewing Company, the beer was “brewed with maple sap incorporated into the base water, pure maple syrup being added to the boiling process and a third dose of syrup being added during the secondary fermentation process.”

Sounds like a sweet excuse for a day trip!