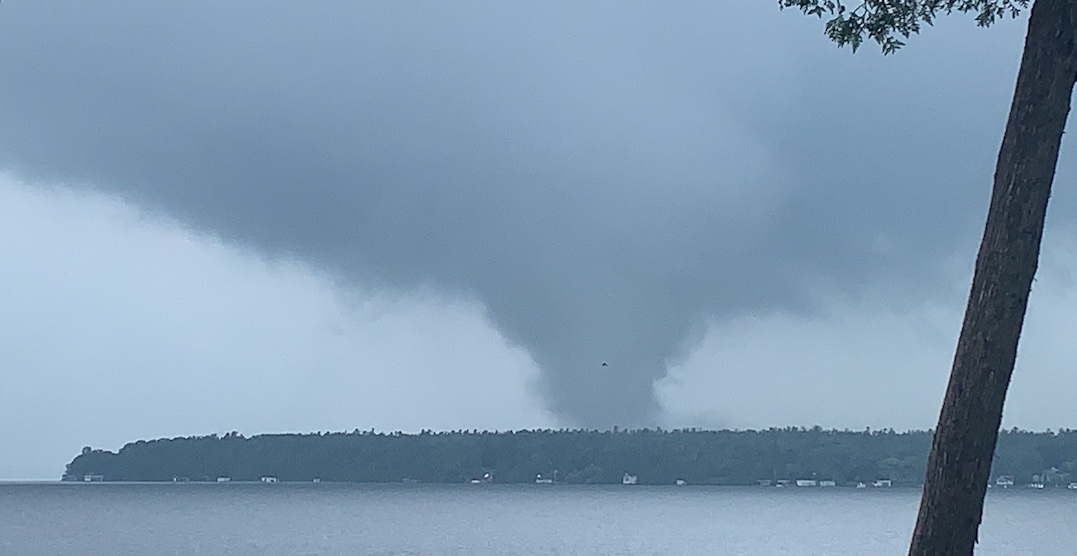 Environment Canada has confirmed that during Tuesday’s stormy weather in Ontario, “at least one” tornado touched down just two hours from Toronto.

The funnel hit Sturgeon Lake, which is located in the Kawarthas between Lindsay and Bobcaygeon, around 3 pm, according to the weather agency.

It was through videos and photos shared on social media that the Ontario Storm Prediction Centre was able to confirm the phenomenon was, in fact, a tornado, Environment Canada said.

This shot was taken from our yard on Pleasant Point. Sturgeon Point is straight across. Hope everyone is safe! pic.twitter.com/HrnRcLMtGJ

Information regarding a track and a rating on the Enhanced Fujita Scale, which rates the intensity of tornados in some countries including Canada, will be forthcoming later.

It hit our dock. Our boathouse roof has been torn off, but everyone is safe. pic.twitter.com/ugndn2B9ie

The tornado at Sturgeon Lake was “at least one” in Southern Ontario that resulted from a low-pressure system, which brought heavy rain with very high rainfall accumulations to many areas in northeastern Ontario, and some parts of central Ontario.

Flooding has been reported in Muskoka, Bracebridge, and Gravenhurst.