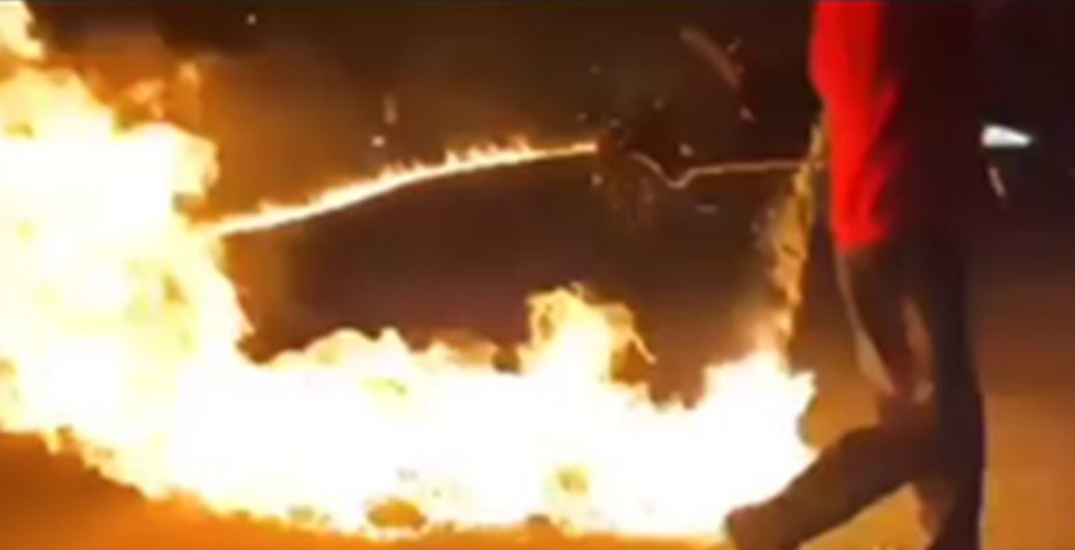 One person has been arrested, and 19 others face charges after a series of stunt-driving incidents in the east end of  Toronto.

Around 2:30 am on April 4, Toronto Police became aware of a group of vehicles that had taken over the intersection of McNicoll Avenue and Placer Court in North York.

According to police, the road had been set on fire using an accelerant and vehicles were performing stunts, doing doughnuts, and drifting. Over 100 people had gathered to watch.

When police arrived, onlookers swarmed a marked police cruiser before fleeing the area.

Approximately one hour later, police said a group of vehicles took over the Meadowvale Road and Zoo Road intersection in Scarborough.

Again, over 100 people gathered as the road was set on fire, and another police cruiser was damaged.

After the crowd dispersed, a smaller group moved south to Meadowvale Road and Dean Park Road, where police charged 19 people under the Reopening Ontario Act.

Following an investigation into the stunt driving events, police arrested Joshua Goodale-Chapman, 19, of Waterdown, on April 6.

Goodale-Chapman is facing several charges stemming from the McNicoll Avenue incident, including arson and stunt driving. The vehicle allegedly used for the latter has been impounded.

Police have released images of two people wanted in relation to the Meadowvale Road incident.

The first suspect is a woman who is approximately 20 years old with long brown hair. She was wearing a black jacket with fur around the hood, a black face mask, and was carrying a red gas tank.

The second suspect is a man who police said was wearing glasses, a red hooded sweater, and black pants.

“The message is simple – speeding and stunt driving can kill,” said Superintendent Paul MacIntyre, the Unit Commander for 42 Division.

“Drivers performing reckless stunts show a blatant disregard for the safety of themselves and the public, while those who actively watch are also putting themselves in harm’s way.” 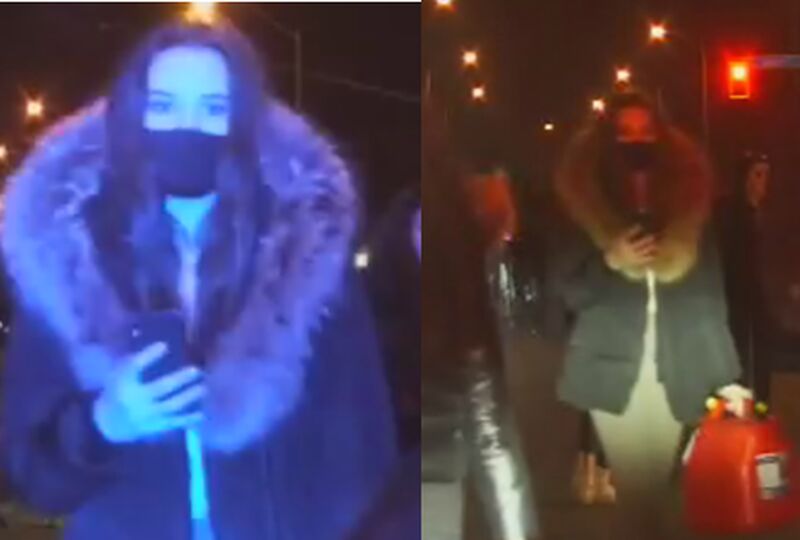 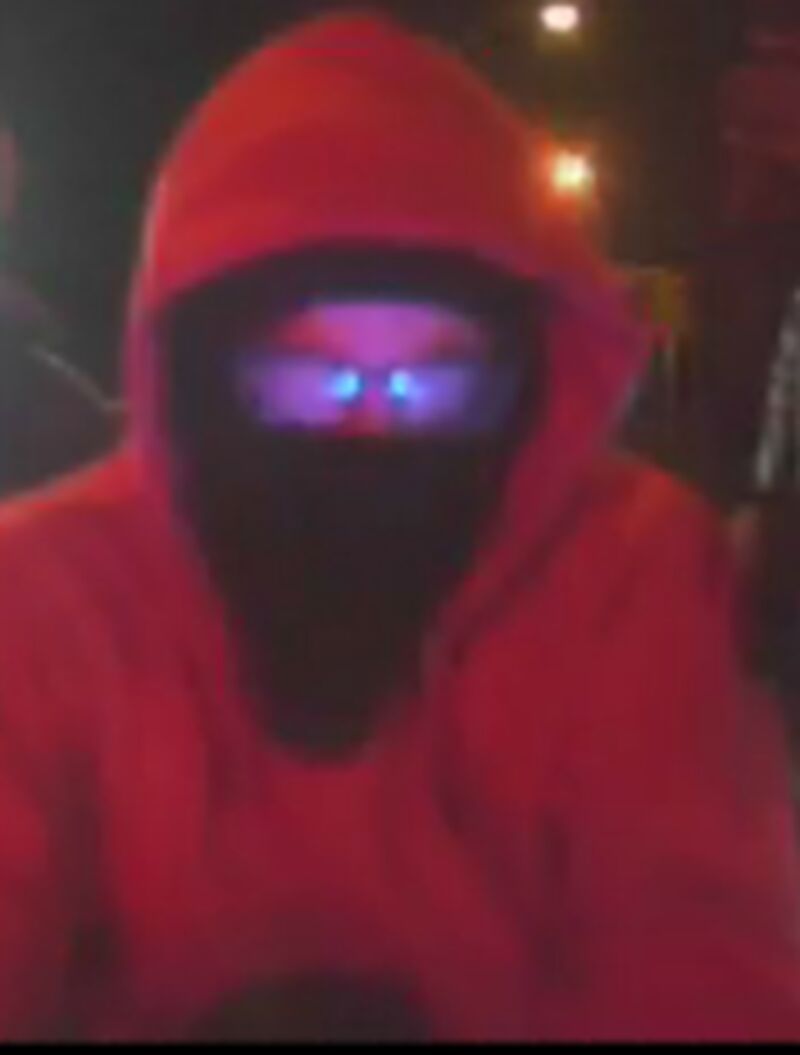 “Make no mistake, if you participate in these illegal activities, we won’t hesitate to go anywhere in the province to arrest you – and we will take your vehicle,” MacIntyre added.