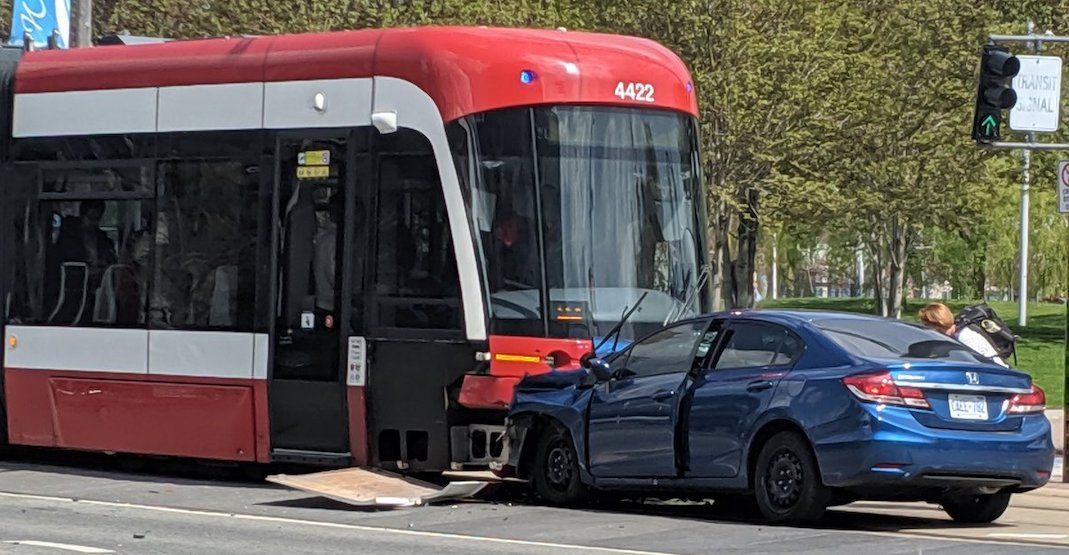 There is no service between Spadina Avenue and Union Station after a streetcar collided head-on with a vehicle on Queens Quay Thursday afternoon.

According to the TTC, shuttle buses are currently running.

510 Spadina: No service between Spadina Ave and Union Stn due to a collision.

Toronto Fire said they responded to the call at 3:40 pm.

From photos shared on Twitter, you can see a blue vehicle crashed into a streetcar, between Reese Street and Spadina Avenue on Queens Quay.

Fire crews can also be seen attending to the vehicle.