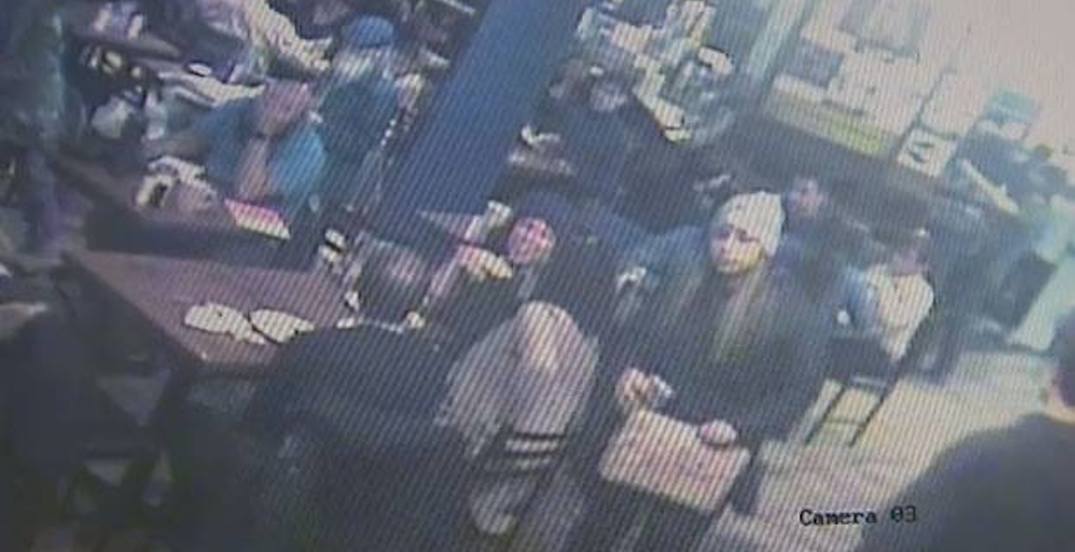 Thieves were captured on camera stealing an iPad and a laptop at a Toronto restaurant, and the video has since gone viral.

With thousands of views, Gulay Kilicaslan is hoping to track down her stolen items, which include a new MacBook Pro.

According to Kilicaslan, the items were stolen at Future Bistro on Bloor Street in the Annex.

“This is my second laptop getting stolen in a year in Downtown Toronto,” she wrote on a Facebook post, sharing the security footage from the restaurant.

Kilicaslan’s PhD project is on the stolen laptop.

By sharing the footage, she is hoping there will be leads on the thieves, although she did note that police were contacted and “don’t give a little sh*t.”

Toronto police confirmed to Daily Hive that “an online theft report was submitted, and the case has now been assigned to an investigator.”

But while the investigation is active, the theft video continues to circulate on social media.

The video shows a couple sitting at a table near Kilicaslan and her friends. The man slowly reaches down into her bag, steals the items, and hands it to a woman sitting across from him at the table. This woman then gets up and walks out, clearly holding the stolen items.