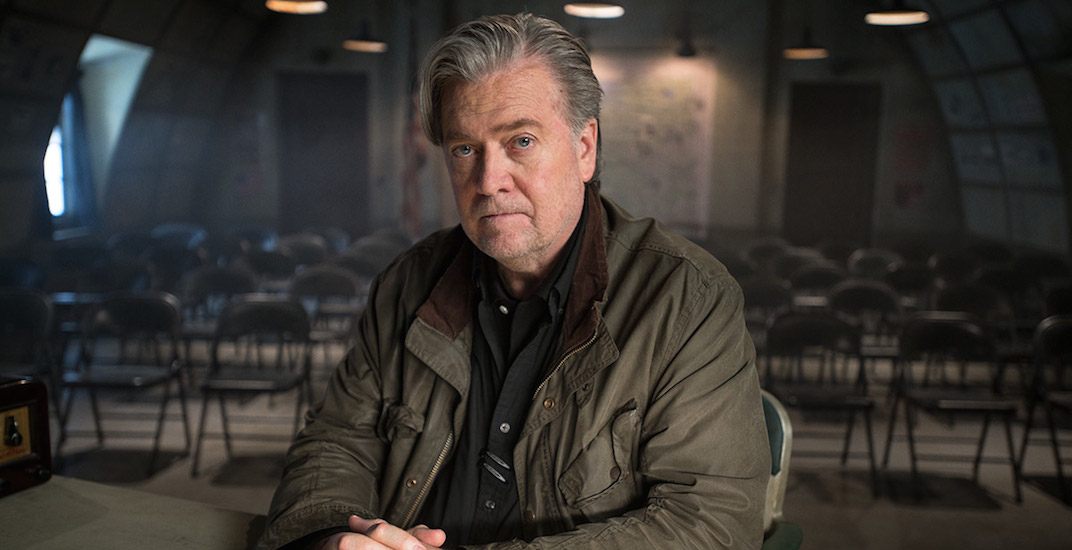 Bannon will be in the city for a Munk Debate scheduled for November 2, where he will be speaking about the rise of populism.

The event will also be hosting former speechwriter and special assistant to US President George W Bush, David Frum, who is speaking against populism.

“Throughout the Western world, politics is undergoing a sea-change. Long-held notions of the role of government, trade and economic policy, foreign policy and immigration are being challenged by populist thinkers and movements,” reads the event details.

“Does this surging populist agenda in Western nations signal a permanent shift in our politics? Or, is it passing phenomenon that will remain at the fringes of society and political power? Will our politics continue to be shaped by the post-war consensus on trade, inclusive national identity and globalization, or by the agenda of insurgent populist politics, parties and leaders?”

On the Friday before the most important midterm elections of our lifetimes, I will debate Steve Bannon at Canada’s @munkdebate – and argue that his politics will lose and liberal democracy prevail across the Western world https://t.co/6U7owXVxsH

The Munk Debate will move the motion: Be it resolved, the future of western politics is populist, not liberal.

“I want to bring everything crashing down and destroy all of today’s establishment,” said Bannon in his debate bio.

Some Torontonians have already expressed their sentiments on Bannon’s upcoming November visit.

Why is anyone inviting Steve Bannon to Toronto?

It is sickening that #SteveBannon has been invited to Toronto’s #MunkDebate. As if there is a need to debate Nazis. We know where Naziism leads. It leads to fascism, racist hatred, degradation & gas chambers.

A “probing portrait of controversial” Breitbart honcho and Trump advisor, Bannon, is set to premiere at TIFF this week.

The Autumn 2018 Munk Debate on the rise of populism will take place on Friday, November 2 at Roy Thomson Hall in Toronto.