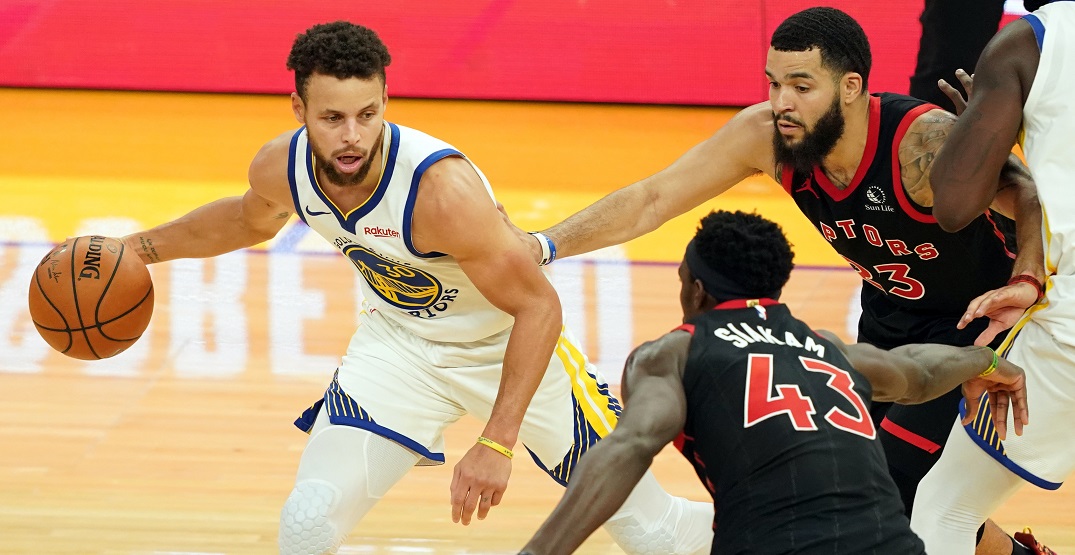 Golden State Warriors star Steph Curry has had quite the week.

On Tuesday night while playing the New York Knicks at Madison Square Garden, Curry passed Ray Allen for first place on the all-time NBA three-point leaderboard, forever cementing his name as one of the game’s greatest shooters.

The Raptors will host the Warriors in what will be Scotiabank Arena’s first event since the new 50% capacity restrictions were announced this week in an effort to curb rising COVID-19 cases.

With the Raptors waiting around since Tuesday for their next game after tonight’s contest against the Bulls was postponed, news leaked out that Curry might not be playing on Saturday.

The Athletic’s Anthony Slater reported that Curry’s teammate Draymond Green hinted that with the Warriors travelling to Boston for Friday to play the Celtics, Saturday could be a rest day for several of the team’s veterans.

Draymond Green hinted at an expected rest night in Toronto on Saturday for the veterans. Steve Kerr said no official decision has been made, but seems like Warriors are leaning toward sitting Curry/Draymond/maybe others against Raptors.

If Steph Curry does end up sitting this weekend, it’s unfortunate for those fans who were hoping to get a chance to see one of the favourites for NBA MVP in action.

But for the Raptors themselves, it might give them a bit of a better chance at competing against the 23-5 Warriors, who sit first in the NBA. Curry has 26.7 points, 7.7 assists and 4.5 rebounds in 20 regular season games against the Raptors in his career while posting 30.5 points, 6.0 assists, and 5.2 rebounds mark against Toronto in the 2019 NBA Finals.

Curry has not played in Toronto since the Finals.

Curry would be the fourth MVP-level star to miss a game against the Raptors this season, following Milwaukee’s Giannis Antetokounmpo (rest, soreness), Philadelphia’s Joel Embiid, and Brookyln’s James Harden (both COVID-19 protocols.)