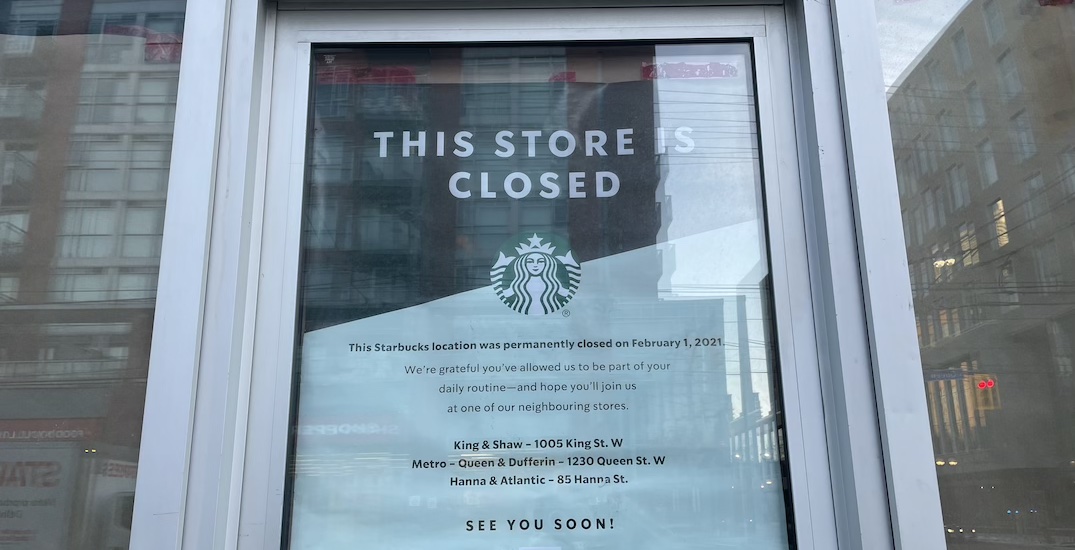 If you haven’t already noticed, many Starbucks locations across Toronto have shuttered, following the news of the coffee chains’ mass closures in Canada.

It was set that by the end of March, up to 300 of its stores across the country were marked to close and quite a few in Toronto already have.

Back in January, a spokesperson for Starbucks Canada confirmed to Dished that the company will be commencing its mass closures as part of its next phase of store transformations.

This news comes about six months after the coffee giant revealed it would be closing up to 200 locations across Canada over the next two years, which the company shared with stakeholders in June 2020.

Save yourself a trip and check out the Starbucks locations that are no longer with us:

All closed Starbucks locations in Toronto (so far)