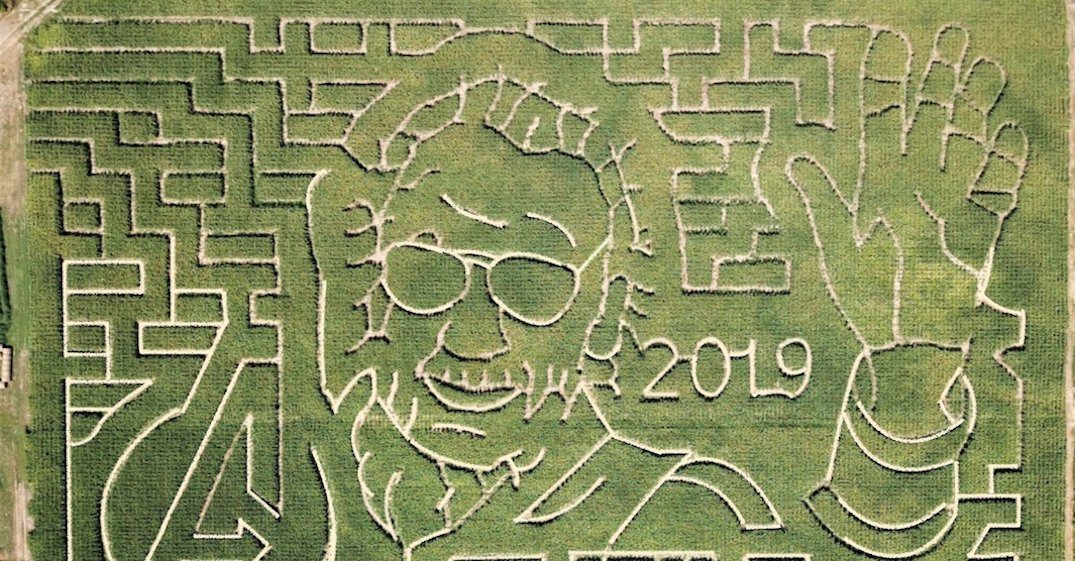 Autumn will soon be in the air and that means it’s almost peak season for fun fall adventures.

This includes getting lost in a corn maze at Cooper’s Farm.

Located just under an hour north of Toronto, the farm famously hosts a slew of seasonal festivities each year including an elaborately designed, sprawling 10-acre corn maze.

The theme for the 2019 corn maze is celebrating the Marvel cinematic universe with a tribute to the legendary and late Stan Lee.

“We are pretty big fans of the Marvel cinematic universe and a few of us enjoy the comics. We love all of the late Stan Lees cameos in the movies, so to honour his great work we are giving him a scene in our Maze,” reads the farm’s website.

While the complete line-up of fall festivities (wagon rides, PYO pumpkins, etc.) doesn’t begin until September 21, the maze is already open to the public.

Just know, it can be a bumpy path, appropriate footwear is a must, and there’s no dogs, smoking, alcohol, or outside food permitted.